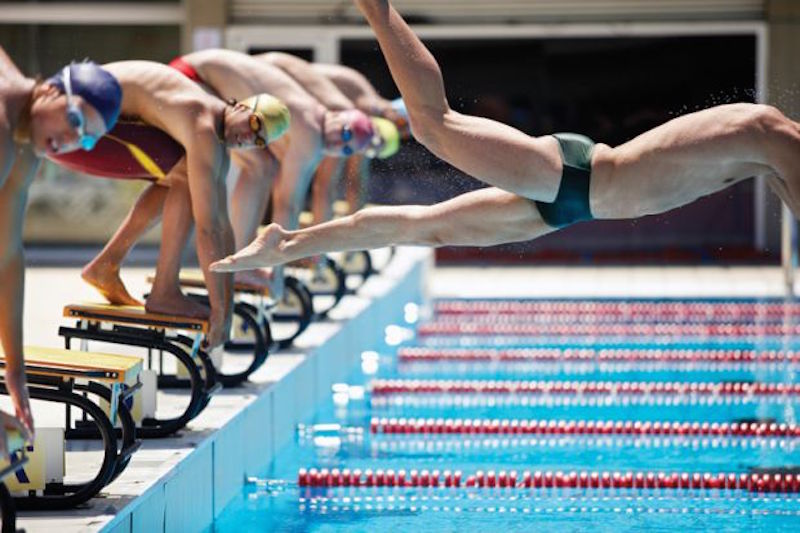 Don Lee on how to write a novel the hard way

When I was trying to sell my first book, a collection of short stories, my eventual editor at W.W. Norton, Alane Mason, asked to speak to me on the phone. “Are you working on a novel?” she asked. “Uh, unfortunately, no,” I said. “Well, do you have an idea for a novel?” Alane persisted. I made something up on the spot, a plotline about hapa—or half Asian, half white—characters living in Tokyo, where I had spent my childhood as the son of a career Foreign Service officer. “Wonderful!” Alane said, and promptly offered me a two-book deal for the collection and the unwritten novel.

It was a different world back then; publishers regularly did such things. Now they’ve wised up, asking to see some chapters or a full manuscript before committing to a contract, since there’s no telling if a storywriter will ever be capable of producing a decent or appealing novel. That was certainly the case with me, as I’d never even attempted anything longer than a novella. Who was to say I could do it?

There are lots of guidebooks on how to write a novel, and some of them have a few tidbits of good advice, but in the end they’re all pretty facile and useless. Everyone’s idiosyncratic as a writer, and each novel requires its own unique approach. You have to figure it out for yourself, find your own method for the specific project before you. Formulas don’t work.

What I did have to change immediately, though, going from stories to a novel, was how I approached a first draft. Heretofore, I had been very superstitious (read: pretentious) about the act of writing. I wrote by hand with a black Pilot Razor Point pen on college-ruled yellow legal pads, always sitting at my desk at home with a block of at least four hours in front of me. I would sit there and scratch out a word, cross it out, and scratch out another word. I wouldn’t move on to the next line or paragraph until I was happy with the current one. It was a painstaking, torpid process. Although it’d take me forever, at least when I finished a first draft of a story, it was pretty far along and it wouldn’t need too much revision. But that routine would not work for a novel. A short story is finite. You can see the whole thing in your head. A novel is diffuse and unwieldy and elusive. You can’t see a damn thing until you’ve completed a full draft.

I knew I needed to write a lot faster, and not care for the moment if the language was good or not. I also needed to be able to write on demand. Before, foremost among all the precious conditions I had to have in order to work, I had to be in the right mood. Otherwise, I’d put the session off until later. I could forget about that. I had to crank out. On the days I set aside to write, I had to write.

I committed myself to writing two pages a day, three days a week, on Friday, Saturday, and Sunday. (I was working a 9-to-5 job as an editor then, but I negotiated to get Fridays off.) If I could do that, I would have a first draft of well over 300 pages in one year. However, I needed to mindfuck myself into tolerating the shitty prose I was writing. It’s just a first draft, I kept telling myself. It’s okay. It’ll never see the light of day until it’s ready. This was an excruciating exercise in self-belief. Nonetheless, I would look over the two pages I’d written the day before and maybe do a little noodling, but then I would turn the pages face down and force myself not to touch them again until I reached the end.

I was terrified during the whole process, not knowing if I would be able to pull it off, terrified that things would collapse at any point, that I’d realize I had made a colossal fundamental error and I’d have to scrap the entire novel and start from scratch. Within one year, though, I finished a first draft of the novel. I had nearly 400 handwritten legal-pad pages. I looked at the pile, and instead of celebrating, I panicked that there might be a fire or a mishap of some sort and all those pages would be lost, so I began furiously transcribing them into my laptop. I spent another year revising the novel, and then I was done.

I used the same approach for my second novel, two pages a day, three days a week, but I didn’t have the same terror this time around. For some reason, the plotline for the novel arose organically. I hummed along with relative ease. I ditched the Pilot Razor Points and legal pads and began composing directly on my laptop, and I trained myself to write anywhere—in hotels and cafés, on planes, on vacation—whenever I could squeeze out a little time. Again, within a year, I had a first draft, and after another year of revision, I wrapped up the book.

This novel-writing shit is easy, I thought. I got this, man.

Things have never been the same since then.

As I said, I don’t subscribe to guidebooks, but I have always admired a little treatise on the short story called The Lonely Voice, by Frank O’Connor (which thankfully Melville House has brought back to print). In it, O’Connor posits that while short stories are freer to explore a “submerged population group,” or characters on the fringes of society who might not be very likable, novels have to have at least one relatable character—by implication, the protagonist and/or narrator.

I don’t know why, but I took this as a challenge, a dare, for my third novel. I’d never written anything with a first-person narrator, and I was going to give it a go, but I decided to push things to an extreme: a female first-person narrator who’s a suicidal, drug-addicted, Korean-American poet amputee who’s stalking her neighbor. The first line of the novel was: “Just so you know, I am a hateful person.” Needless to say, it was going to be a very dark and nasty book, and the narrator was not going to be very sympathetic.

I worked on it for a year. I wrote the first 30 pages, did extensive research, and charted the whole thing out. I gave it to my editor, my agent, and a couple of friends of mine, and they all told me to keep going with it. It was a solid idea for a book, but for some reason I just wasn’t feeling it. I had been fighting it the entire way. I finally made the brutal decision to dump the whole project. I realized it just wasn’t a book I wanted to write. Maybe I wasn’t up to challenging O’Connor after all. Whatever the case, exactly what I had feared working on my first novel happened: everything collapsed, and I had to go back to square one.

After that experience, I told myself I would make damn sure I was confident about the next project before embarking upon it. But the same thing happened—another false start, another collapse, another wasted year, at the end of which I realized it wasn’t a book I wanted to write. Once again, I had to start from scratch.

I began to realize something alarming and dismaying: This is now my method, my process. I need to lose a year to a false start—to a crucible of panic and despair, anguish and self-flagellation, and the abject fear that I’ll never be able to finish another novel—before I can actually begin the book I want to write.

For a novelist, this is a pretty traumatic experience. It’s much more difficult to admit defeat and let something go, compared to stubbornly sticking to the initial concept or framework of a book. Maybe by doggedly fiddling with it, you keep thinking, it will all somehow turn around and work. Then again, maybe not.

It’s been said that Flaubert never wrote the same book twice. I don’t think any writer wants to repeat her/himself, and perhaps that’s precisely why writing becomes harder after you publish a few books. You want to challenge yourself to do something different. At the same time, your instincts become more refined. You can tell whether something will pan out or not, whether you’ll like working on a project. It’s a huge investment, launching into a new novel, and you need to feel good about it before you commit several years of your life to a book. But how can you be sure? You can’t. You just have to start working, and be prepared for failure.

Don Lee is the author of the novels The Collective, Wrack and Ruin, and Country of Origin, and the story collection Yellow. He has received an American Book Award, the Asian/Pacific American Award for Literature, the Sue Kaufman Prize for First Fiction, the Edgar Award for Best First Novel, an O. Henry Award, and a Pushcart Prize. He teaches in the MFA program in creative writing at Temple University and splits his time between Philadelphia and Baltimore. His new novel, Lonesome Lies Before Us is out now from W. W. Norton.

Librarians of the 21st: The Ultimate Superheroes of Research 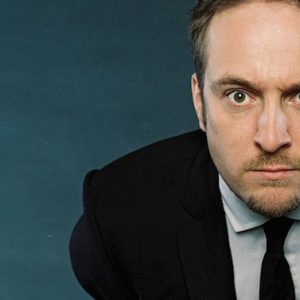 In this episode, Paul Holdengraber talks to the mentalist Derren Brown about his new show, Secret, the "record" button, the Stoics,...
© LitHub
Back to top