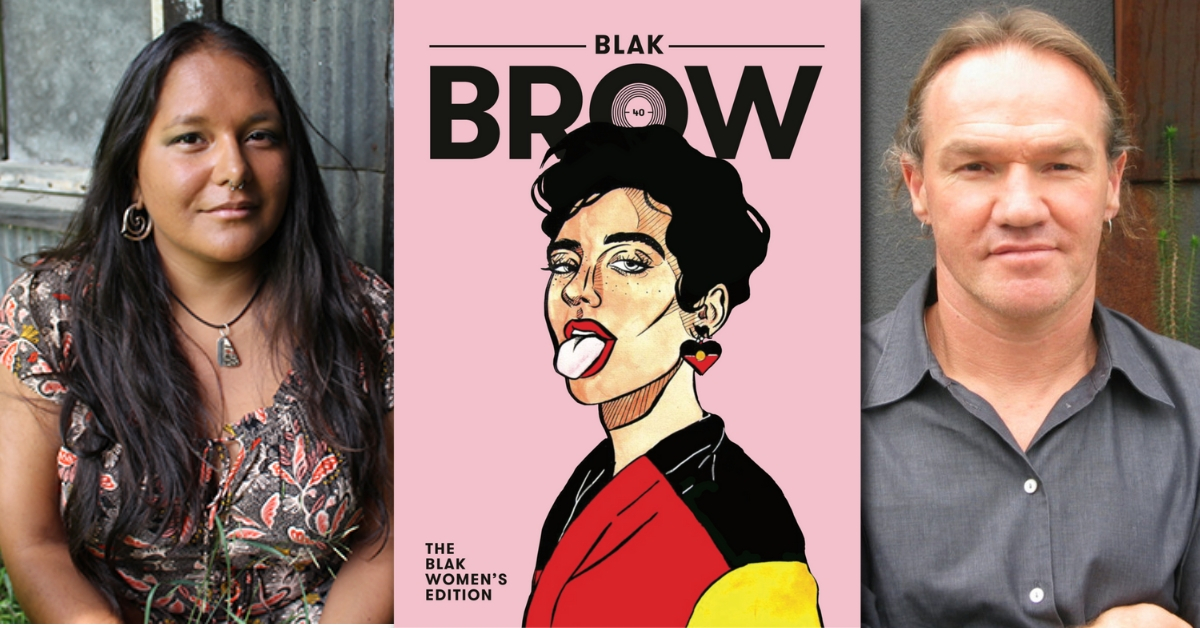 This fall, The Lifted Brow, a quarterly literary magazine based in Melbourne, Australia, announced a First Nations issue with a twist: not only would the issue feature work by First Nations contributors, but the entire issue—its budget and all editorial and creative control—would be managed by a staff of First Nations editors and designers. The Lifted Brow has published many world-renowned authors, including Christos Tsiolkas, Helen Garner, David Foster Wallace, Margaret Atwood, Roxane Gay, Neil Gaiman, and Tracey K. Smith, among others. But as the Brow’s staff acknowledges in its announcement: “although we’ve had First Nations editors commission and edit work for us, our magazine staff and our organization only ever has input from Indigenous persons around the fringes of our activities, and as such are in small and large ways contributing to the ongoing project of colonization.”

The Lifted Brow turned all staffing decisions over to Moondani Balluk, an academic unit at Victoria University that promotes Aboriginal and Torres Strait Islander research and researchers. Moondani Balluk means “embrace people” in the language of the Wurundjeri people, and it embraced the idea of an editorial collective at the helm of an issue centering the stories and art of Aboriginal women: Blak Brow. The Editorial Collective for Blak Brow includes Paola Balla, Tony Birch, Kim Kruger, Karen Jackson, and Pauline Whyman. The collective selected for Managing Editor Bridget Caldwell, a Jingli Mudburra writer, editor, artist, student, and activist based in Naarm/Melbourne at Victoria University.

Danielle Geller: If you look at the staffs of most literary publications, you often have an editor-in-chief, a managing editor, genre editors, design editors, and so on. Looking at Blak Brow’s masthead, there are some of these same roles, but above all is the “Editorial Collective.” How was the Editorial Collective formed?

Tony Birch: Paola Balla had written for The Lifted Brow and had developed a productive relationship with the team there, particularly Sam Cooney. She bought the idea to a group of us who either work at Moondani Balluk (the Aboriginal Academic Centre at Victoria University) or have a relationship with us—which is the case with Bridget Caldwell and Pauline Wyman. It made sense to gather at Moondani Balluk, as it is where we work and hang out, where we had some resources available to us and where we were immediately supported by Karen Jackson, the head at Moondani Balluk, who was also on the collective, along with Kim Kruger and myself. I don’t remember any of us formally stating that we’d be a “collective”—it’s the way we do business in our community.

DG: What did that collaborative process look like for this project?

TB: The collaborative process looked like sitting around a big table with cups of tea, throwing around a lot of creative ideas, talking about who we wanted to involve, and mouthing profound words like “yeah,” “na” and “deadly.” There was no “creative tension,” no arguments, just a clear sense of where we wanted to go as a group of people, and that was essentially to give creative and political voice to Aboriginal and Torres Strait Islander women from across the country.

Women in our community have historically dealt with the violence of having their voice stifled and silenced.

DG: One of the decisions made by the collective was to solicit submissions using community networks instead of opening a call. Why was this important for the issue?

TB: One of the problems with an open call is that you are always going to receive more work than you can publish—great work of publishable quality. It would have been a terrible outcome for both us and artists to have to refuse work when it had been offered with creativity and generosity. Women in our community have historically dealt with the violence of having their voice stifled and silenced. We could never become part of that history. The solicitation of work also allowed us to represent diversity within our community to the fullest extent possible—nations, communities, age, gender, genres etc.

DG: In addition to serving as a member of the Editorial Collective, you also served as the Fiction Editor. What was your approach as a genre editor?

TB: Well, firstly to behave myself and do what I was told. I was hanging out with a group of mighty women, who I respect and love as my sisters. It was important for me to play a role within that mix, do good work and not talk too much—which is really hard for me! I simply approached several women whose work I admire and asked if they would submit a piece of fiction. I was really confident that they would deliver great work, and they did. Eugenia Flynn was a real surprise. Not that I would doubt her talent. She’s amazing. But opening the file and reading the story she sent in, I thought, “wow, this is gold.”

DG: There are so many more methods of storytelling represented in this issue than you see in most conventional publications. How did you think about genre?

TB: I think that’s an important point. Too many editors and publishers “curate” collections such as this. They see writers fitting a particular niche—or even as a fucking brick in the creative wall. They instruct you too much, with a narrow brief as to how they see you, and what their readers expect from both the writer and publication. With someone such as Vickie Roach (and many other contributors) we simply knew that we wanted them to decide how they wanted to approach the invitation with no expectation on what they would deliver. We knew the quality would be there, and we were constantly surprised by the approach that was used. We would never box these women in as it is what they fight against for their entire lives.

DG: One of the challenges of writing a special issue for a publication is writing to or within its existing readership. How did you think about audience?

TB: To be honest, we thought about an Aboriginal and Torres Strait Islander readership first and foremost—we want to both celebrate these women and inspire other women in our communities to find their voice. I’m sure this publication will become a vital marker in our political and creative inspiration in the future. Having said that, of course we also want a wider readership. The Lifted Brow have a generally young and diverse readership and we want them to hear our voices also, and to engage with ideas that confront the violence that dominates Australian political and social culture. We are also respectful towards the intentions of Sam Cooney and all the Brow people. They have a name to protect, and I fully understand that—they operate in a publishing world dominated by middle brow baby-booming gatekeepers, and they are challenging that dominance. Sam is a very ethical person.

When he handed over the edition to us, he did that fully. Most white fellas would never do that—you feel them at your shoulder continually. Sam offered us all the help we needed, but also stayed out of the way.

When he handed over the edition to us, he did that fully. Most white fellas would never do that—you feel them at your shoulder continually. Sam offered us all the help we needed, but also stayed out of the way. I think people came to really respect and trust him, which is also about building future and sustained relationships. We will each benefit by those learning connections. We also liked Sam’s use of the word “folk”—as in “white folk” and “Aboriginal folk.” It was very sweet.

DG: Tracey Bunda’s “Seeing the Aboriginal Sovereign Warrior Woman” seems to frame the Blak Brow issue—it is one of the first works in the issue and is also excerpted on the back cover. Did the collective feel any pressure to contextualize certain ideas or concepts for a non-indigenous audience?

TB: Not at all—we neither thought we needed to do so, nor did we take that position out of disrespect. I believe that you need to do two things as a writer: one, make the best work you can, and two, assume a thoughtful and generous reader. And Tracey is a writer whom we utterly respect. We wanted to see her ideas up front, as she is such an important intellectual and creative person.

DG: What advice would you give other publications or editorial teams thinking about taking on similar projects?

TB: Leave your ego at the door and look around the room at the faces you will be working with. If you’re not prepared to work with total generosity, get up from the table and leave the room. I don’t care how sentimental this sounds, but we were a group of people who love each other, do our best to work productively with each other, and we always work with care. A “culturally safe space” can sound like a cliché. It can also produce the heartbeat of who and what we want to be.

Read an essay on Lisa Bellear from Blak Brow by Timmah Ball here.

Danielle Geller is a writer of personal essays and memoir. She received her MFA in Creative Writing, Nonfiction at the University of Arizona and is a recipient of the 2016 Rona Jaffe Writers’ Awards. Her work has appeared in The New Yorker, Brevity, and Silk Road Review and has been anthologized in This Is the Place (Seal Press, 2017). She is a member of the Navajo Nation: born to the Tsi’naajinii, born for the white man. 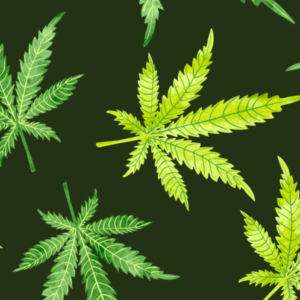 There is a joyful corner of the internet where people don’t argue, trolls don’t troll, and the only kind of self-consciousness...
© LitHub
Back to top
Loading Comments...