Bars are popular locations in stories, for good reason. We have a shared collective knowledge of them and how they operate in society and in the world of fiction. But in Jillian Luft’s piece, “If This Bar is a Power Ballad,” this setting becomes different. This one sentence, second-person runaway piece invokes a time and place so specific that you’d swear you were there next to her, in a grimy bar bathroom with graffiti smeared along with every available space and the sound of bassline running through the walls.

In Luft’s world, the physical space of the bar and the emotions it inspire blend into one, leaving the reader feeling like she’s sharing a secret. With this invocation of nostalgia, Luft shares insider knowledge that that bar was important—and it was important specifically because it was yours.

Listen to Jillian Luft read “If This Bar is a Power Ballad” on Micro.
Subscribe and listen in full, wherever you get your podcasts!

KR: When you wrote this, were you inspired by one particular night or a conglomeration of them?

JL: Both, actually. It was mostly inspired by one night during Metal Karaoke at a now defunct bar in Greenpoint, Brooklyn. This was more than a decade ago when I often entertained the idea of writing but rarely got around to it. I was teaching full-time and couldn’t seem to carve out time for anything beyond Netflix, online shopping, and mindless fun. But when I was in the bathroom of this bar and lost in drunken contemplation, I looked in the mirror and told myself, “One day you must write about this moment.” I left that restroom giddy and determined. And surprisingly, I never forgot what I’d vowed. It just took ten years to bring it to fruition.

But many of the details I landed on are culled from other bars, other random nights of debauchery and romantic expectation. Bars in Florida, bars in NYC. Everywhere I ever dared to pee and dream.

KR: This piece evokes a really particular kind of nostalgia, because it does feel like you’re talking about one particular bar, and it feels like a bar I’ve been in. Can you talk some about how you invoke that feeling of nostalgia without veering into over-sentimentality?

JL: So relieved to hear I escaped overly sentimental territory! I often fear it because nostalgia is kind of my jam and it’s always seeping into my work whether I intend it to or not, so there’s the ongoing risk of coming off as corny or maudlin. In this particular piece, the narrator (me) is already prone to romanticization, so I decided to anchor the piece in bodily descriptions and interior moments as well as the specific details that would immerse a reader in this particular place and make it as real for them as it was for me.

That being said, I was aware that some sentimentality was inevitable and I embraced that. Hence, the power ballad analogy/title of this piece. Love or hate ‘em, power ballads are an integral part of a particular type of bar culture. As the night wears on, someone is bound to play at least one on the jukebox or choose it as their karaoke staple. There’s something about being blotto and letting your guard down to belt out “Don’t Stop Believin’” or “Livin’ on a Prayer” with a crowd of other lost souls in some dingy bar that is both irresistible and liberating. So, I also wanted to capture that feeling.

KR: What is your go-to bar drink?

JL: Jack-n-Ginger all the way. If I’m feeling particularly nostalgic, I’ll opt for a Jack-n-Coke.

KR: This piece could have taken a lot of formats, but you choose to go with one long sentence. How did you come to that decision?

JL: I wish I could say it was intentional. It was less of an active choice and more of how I initially drafted the piece. I was trying to get the words down, to articulate this very specific feeling for myself, and when I did, it was a manic spewing forth of images and thoughts. I was rather surprised by this because my writing tends to come out in brief and painful spurts rather than a free and easy gush. When I went to revise, I realized how much the breathless sentence format mirrored the type of night out I was writing about—the kind where it feels like you’re being carried away by your own whims, propelled by some idealized version of what the night promises and you hope that it never ends. But it always does, right? There’s always that moment of finality when the sun rises and reality sets in… until your next night out.

JL: It’s wild to be asked about my writing process. My initial response to that question is, “I have a writing process?!” At the start of the pandemic, I decided it was now or never in terms of getting my words out there. For a long time, I’d write sporadically for myself and that felt like enough to satisfy me creatively. Until it wasn’t. I still can’t pinpoint what changed. It was similar to that spontaneous moment I had in the dive bar bathroom.

When we all went into lockdown, I felt strangely compelled to post on Instagram how I planned on using that time (reading more, beefing up my tarot reading skills, finally watching Better Call Saul and submitting my writing). And I ended up doing all of those things. And here’s where I veer into the sentimental again. Deciding to put my writing out there has changed my life. Not in any discernible or external way but in mysterious, interior ways that have made me more whole than I’ve ever been. But to answer your question, I write when I have time and when I feel drawn to the page. I’ve realized the writing every day at 5 a.m. puts too much pressure on my perfectionist Virgoan heart. So, I write when my work schedule allows. Mostly weekends. Right now, I’m working on my memoir and that requires more of a regular schedule and greater discipline.

I mine my own life for moments of inspiration. I was going to qualify that statement by mentioning I write mostly nonfiction, but all writers mine their own life in some way. There’s no shame in that. So much inspires my writing, but if I had to boil it down: Florida, death, desire, and pop culture.

In terms of the submission process for this piece, I’m a firm believer in finding the best place for your writing instead of submitting to anywhere and everywhere to see where it lands. Before its acceptance, I’d sent it to one other place and received a personal rejection. I didn’t know where else to submit until I read a remarkable piece by Derek Maine in Schuylkill Valley Journal. Inspired by his writing, I submitted to SVJ and was psyched that the editor, Rob Kaniuk, thought “If This Bar Is a Power Ballad…” was a great fit. I find that sending your work to places where writers you admire are published is the best way to go.

Jillian Luft is a Florida native currently residing in Brooklyn. Her work has appeared in Hobart, Booth,  X-R-A-Y, The Forge Literary Magazine, Pithead Chapel, and other publications. You can read more of her writing at jillianluft.com or find her on Twitter @JillianLuft.
Kirsten Reneau is a writer, teacher, and interviewer. She received her MFA from the University of New Orleans in 2021 and lives there now with her dog. Her personal work can be found online at http://www.kirstenreneau.com.
barsJillian LuftKirsten ReneauLit Hub RadioMicronostalgiapodcastsSchuylkill Valley Journal
Share: 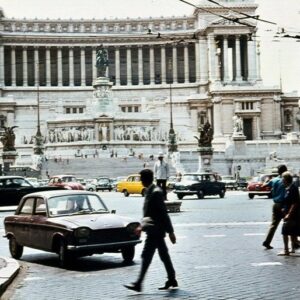 I got to know Leonard Cohen in the dark. It started in a gallery at the Jewish Museum, three screens hung side by side...
© LitHub
Back to top