Dzanc Books—a nonprofit independent publisher based in Ann Arbor, Michigan—was once described by one of its authors as publishing the “books that don’t want to be movies.” In addition to pursuing this mission with an eclectic mix of publications—including those by Roy Kesey, Laura van den Berg, Teresa Svoboda, and others—the press runs a residence program to bring authors into public schools, awards annual prizes to “innovative, risk-taking and brilliant” work, and hosts a yearly workshop and conference in Lisbon, Portugal.

Michelle Dotter, publisher and editor-in-chief of Dzanc Books, answered our questions on running the press.

*
What are some of the benefits of working at an independent press?

To me, the most powerful thing about working at an indie press is having the freedom to publish books on the basis of literary merit, and not just looking at the bottom line. The books Dzanc publishes are books that take risks, that break rules, works of exceptional creativity that deserve to be in the world, even when they challenge their audience or are written for a niche. I love having the freedom to champion books like that.

Through a more individual lens, working at an independent press gives you endless chances to challenge yourself and to have your hands in every single aspect of this process. It’s passion work, for sure, but the high of helping a book you love find its readers makes it all worth it.

*
What are some of the challenges of working at an independent press?

As a corollary to the above, working with an indie press can feel like working three or four jobs instead of one. There are always more tasks to be completed than there are people whose particular job it is to get them done. It’s a fantastic way to expand your skill set, but it can get a grind.

“It’s hard to draw a straight line through all of our titles, but generally speaking, they’re books that take language seriously.”

As a press, we’re pretty flexible. We’ve published epistolary books and books in the maximalist style, books that explore the Many Worlds theory of quantum physics, and books that are framed like classic novels or collections but have been polished to a razor-sharp, gem-slick shine, every word intentional. We’re doing a novel next year that’s technically one diagrammed sentence, which we’ll be publishing in an accordion-style book that can be unfolded to over twenty feet in length. (The Sentence by Matt Baker, if you’re curious.)

It’s hard to draw a straight line through all of our titles, but generally speaking, they’re books that take language seriously, for which language is not just the medium through which a story is imparted but a vital element of what’s being conveyed and understood. Or as one of our authors once put it, these are books that don’t want to be movies.

*
Were there any titles in particular that were game-changers for your business?

It’s hard to choose just a few, but it’s been a great thrill to work on some of Robert Coover’s titles, including a lot of his backlist, and keep those books available for new readers. We’ve done some similar work on Joseph McElroy’s books, most of them out of print except for the Dzanc editions.

Lindsey Drager is also a personal favorite of mine. She’s an incredibly intelligent, deliberate, compassionate writer, and I can’t recommend her books highly enough. We’ve done three novels so far, and I’m hoping there will be many more to come.

We’ve also published a number of William Gay titles posthumously—books that were found in his archive after his death and lovingly pieced back together by Michael White and others of William’s friends from his handwritten drafts. (He was notorious for neither crossing his t’s nor dotting his i’s, and sometimes leaving the e’s out altogether.). It’s a humbling task, trying to honor a writer’s legacy while taking disordered or in some cases fragmented drafts and weaving them into a whole, but I’m thrilled we’re sharing these works that otherwise would have been lost forever. Stories from the Attic, coming in July, is the last work taken from these archives.

*
What are some projects you’re particularly excited about at the moment?

This is a completely unfair question, because it asks me to pick just a few books when I’d rather read you the whole forthcoming catalog. But here’s a snapshot of what’s coming this summer and early fall.

Next up is Nina Shope’s Asylum (May 17). This novel follows a patient, Augustine, at the notorious Pitié-Salpêtrière asylum in Paris—a young woman who’s a favorite of Dr. Charcot, one of the early originators of the treatment of hysteria in the nineteenth century. It’s a gorgeously written novel about control and manipulation, and Augustine is a bewitching narrator.

Later in the summer, we’re doing Will McGrath’s sophomore essay collection, Farewell Transmission: Notes from Hidden Spaces. We’ve got Caravaggio at an Arizona homeless shelter and Elvis in rural Canada; diamond miners and professional wrestlers, night watchmen and righteous ex-cons. Will’s a terrific writer who approaches even his darkest subjects with a sense of empathy and humor, and his work always makes me smile. 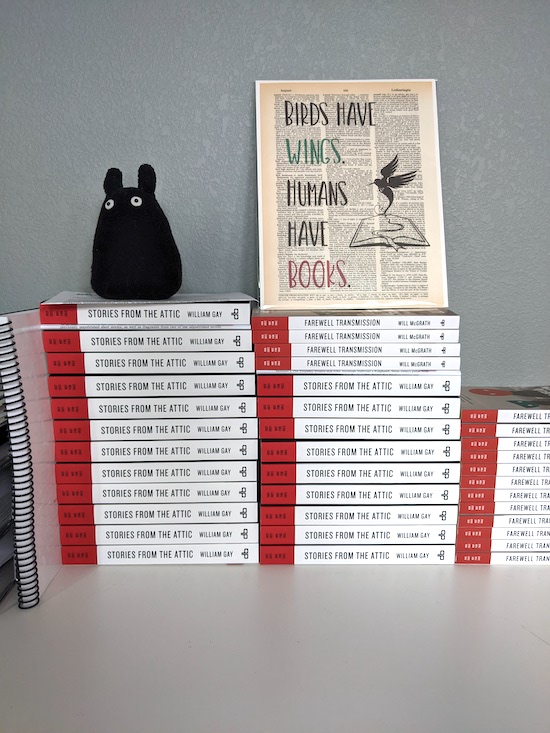 Our last summer release is a debut poetry collection, La Syrena: Visions of a Syrian Mermaid from Space. Author Banah el Ghadbanah (pronouns she/they/zhe) won the Dzanc Diverse Voices Prize for this collection two years ago, and La Syrena is just astonishing, heartbreaking and hypnotizing on every page. We’ve also been incredibly lucky to incorporate the illustrations of Yemeni nonbinary artist Amal Amer, which completely blow my mind.

Finally, in September, we’ve got Habilis by debut author Alyssa Quinn. Lucy, a young woman with an uncertain past, tries to construct an origin story for herself and her species as she wanders an anthropology museum that converts into a disco club each night. It’s a weird, lyric, amazing little book about language, desire, and the stories we tell about ourselves.

*
How do debut authors reach/pitch you?

Right now, our annual contests are open. We’re running two contests this year, one for novels and one for short story collections, both of which will be open for submissions until September 30. Interested authors can find all of the details on our website. 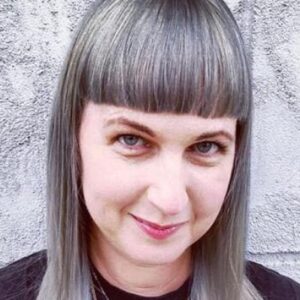