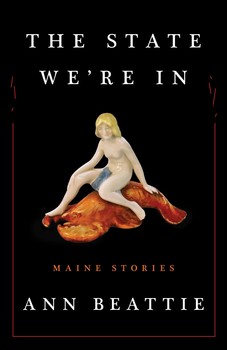 The following is a story from Ann Beattie’s linked-story collection, The State We’re In. Beattie has been included in four O. Henry Award Collections, in John Updike’s The Best American Short Stories of the Century, and in Jennifer Egan’s The Best American Short Stories 2014. In 2000, she received the PEN/Malamud Award for achievement in the short story.

She was hurrying out of the house, late for an appointment, purse slung over one shoulder, canvas shopping bag in her hand. A squawk came from the oak tree. Somewhere nearby a car backfired, but the squawking bird wasn’t silenced. It flew down one branch and sat at the tip of another, weighing it down, continuing to make the sound, less a squawk than a piercing cry.

The flapping of wings stopped her. Was the bird dive-bombing her, or just having an awkward moment? It flew back into the tree and sat again on a lower branch. Then she heard the second sound, the little sound, the curious tinkle of wind chimes, though she did not have wind chimes, thinking them obnoxious. But it was unmistakably the sound of glass rattling. You could hardly hear it above what were now two, no three noisy birds; medium-size, common birds of ordinary color she should have known the name of, but if they weren’t cardinals or mourning doves, she didn’t know birds’ names. Well, she knew a grackle when she saw one. Recently, flying squirrels had gotten into the attic and multiplied like crazy, the animal control guy going up every day on the ladder to check the traps until seventeen of them were caught. The mother, then the only remaining baby, old enough to go to college and drink beer if it had been human, were the last to go. They were billed by the day.

Birds! What’s happening here? Might a storm be on the way?

Tinkle, tinkle. Then nothing. One more bird flying into the tree, two of the three already lifting off, one landing on the lawn and making the sound over and over, standing there in the grass. No more tinkling sound, no more pseudo-wind-chime susurration, but really: how dumb could she be? It was there, in the blue recycling bin, still filled with wine bottles, seltzer bottles, milk containers, a crushed Budweiser can she’d picked up out of the road (they were not the sort to drink Budweiser) the day before. Also in the recycling bin, where dirty water pooled in a corner, was a tiny fledgling, every now and then beating its wings futilely, voicing an almost silent burble. Right there in the dark water that was probably mostly rainwater, mixed with a bit of undrunk red wine, a splash of Coke that leaked out when the can was tossed. The little bird just looked like an animated piece of crap, its nondescript color that of sludge, some pollen dusting the tops of the bottles and cans, a small fallen branch across one corner like those old-fashioned picture darts her mother used to lick to stick her baby pictures in an album. There had been hundreds of them, but the photographic record fizzled out pretty much where it should have: with her, knobby-kneed, pigtailed, and ribboned, on the steps outside the building where she went to kindergarten.

You weren’t supposed to touch birds, because they wouldn’t be allowed back in the nest, right? If you got your human smell on them. Or was that an old wives’ tale? Were there still old wives who told tales, or did everyone know everything now, including how to remove red wine stains, how to make your tablecloth soft, how to keep salt from getting moist in the container? Oh, it was a world of rice now, very little ingested because quinoa was so popular, that and tabouli and spelt, though rice grains were still put in saltshakers. Rice was still thrown at weddings. Certain weddings.

Poor little dirty sad frightened bird! Poor distraught elders! They all feared the worst scenario: death by drowning; death by starvation; an ugly end with no one but them as witnesses, and they could do nothing except send up a storm of sound and hope either the gods, or the humans who acted like gods, would do the right thing, that one of them would be the savior. She was obviously that, staring nervously for only a few seconds before dropping everything, checking her impulse to plunge in her hand, running inside for the oven mitts, guaranteed to be safe for food cooked up to 450 degrees.

The birds were making a terrible sound, two on the ground as if facing off with her, yet much too far away. Two others sitting high up in the tree were making the loudest noise. She was capable of reaching in, even though the mitts made the use of her hands awkward, to say the least, and lifting out the little thing and putting it on the walkway, where she hoped all traces of Roundup were gone from the spraying done by the lawn service, to keep weeds from sprouting in the sand between bricks . . . maybe put it on the grass. Though it looked like it would need all the traction it could get. What was the scenario? She could retreat to the house or go to the car and turn on the AC and watch in her rearview mirror to see Mother Bird swoop down and—however she did it—enfold Baby Bird somehow, and lift it again to the nest, which she imagined she saw—either that or some dead leaves—mid-tree. Well, it was nature. It would work out. Of course it would. She kept focusing on the near future because the little bird was cupped in her oven mitts now. When suddenly she remembered something she had forgotten for . . . well, for most of her life. It was a poem that began “Good-bye, little fledgling, fly away.” Her grandmother, who’d been such a good baker, had placed in the center of her famous apple pies made with three kinds of apples a little black bird with an open beak, a pie bird, to release steam. A simplified version of a bird, a little objet, the clever baker’s secret to a perfect pie.

It was standing there. It was either shivering or trying to move its wet wings. It could have died in the recycling. What if she’d hurried on, thought the happy birds were just voicing their happy songs? Both birds had now flown from the lawn back into the tree. One kept flying up and landing exactly where it had started from. Surely it had a plan? The little bird was slightly lopsided. It made a motion resembling a hop. It opened its beak and made a slightly louder sound than it had made in the blue plastic recycling container, which seemed to alarm it and make it tilt farther sideways. She was overstaying her welcome. Car plan: she scooped up her purse and bag, still wearing the cumbersome silver oven mitts. That was the way she looked as she emerged from under the bower of wisteria, making it a point not to torture herself by looking back, and greeted the man in the open-doored mail truck, only slightly surprised to have come upon her looking the way she did: rather frantic, breathing heavily, her hands like lobster claws immobilized by thick rubber bands.

Regardless of her grandmother’s lessons and always gently delivered advice, she’d never made a pie in her life.

From “The Fledgling” in THE STATE WE’RE IN. Used with permission of Scribner. Copyright © 2015 by Ann Beattie. 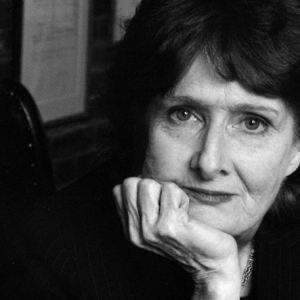 LitHub Daily: September 24, 2015 A possibly true ghost story from David Mitchell, once upon a time in Japan. | Literary Hub “We ate scrambled eggs...
© LitHub
Back to top