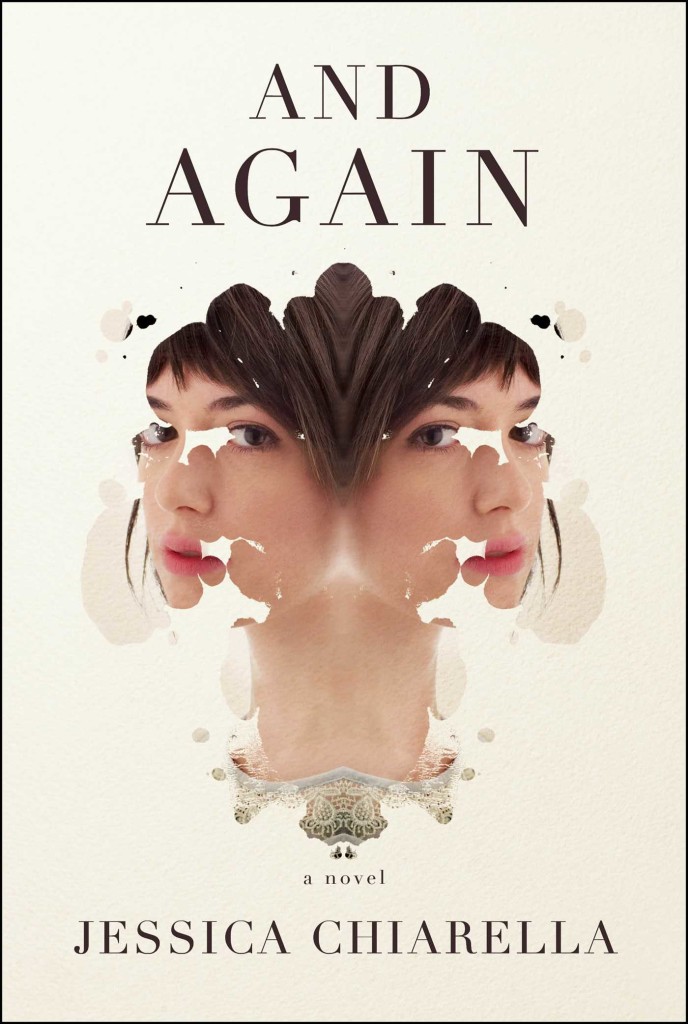 The following is from Jessica Chiarella's novel, And Again. Chiarella grew up in the Chicago area and has a Master’s Degree in Writing and Publishing from DePaul University. She is currently a student in the University of California, Riverside’s MFA in Creative Writing program.

Maybe it’s like being born. I don’t know. It’s impossible to compare it to something I cannot remember. When I finally come back to myself, it takes me a moment to realize I haven’t died. I choke my way back to consciousness, my eyes full of milky brightness, my heart a seismic pulse of energy inside me. I reach out, fumbling for something to anchor me here. I am lost, panicked, and adrift with the idea of death, when the room begins to take shape around me. Details sharpen, forms appear. It’s a small room with a window. Everything is colorless, washed-out, and overtaken by light. Unfamiliar. Then I register the smell, the metallic bite of antiseptic in the stale air, and I know I’m still alive. It’s a hospital smell. And even though I’m disoriented and sleep-addled and half-blind, I know for certain that Heaven would never smell like this.

I take a breath, try to slow my heart and pay attention. People will want to know what it’s like, how it feels, being born for a second time. They will want it to be tunnels of light and choruses of angels, messages from the other side. They will want God to have something to do with it. But it feels more like waking from a night of heavy drinking than anything profound. I feel wrung out and groggy. Dehydrated. I blink against the brightness of my room, breathing deep the acrid hospital smell, and realize that I’ll probably have to lie to them.

Sam is sitting by the window. He looks older in these shades of white and gray, gaunt and worn and sapped of blood. As if all of his lingering boyishness has been finally wrung out of him, and suddenly his dark hair and sharp nose, the unshaven shadow around the calm fullness of his mouth, all of these things serve to make him look hardened. Even from here I know it’s his eyes that have changed the most, lingering somewhere far off, the pain in them. I think of my first drawing class in high school, how the teacher taught us always to begin a portrait with the eyes, how you can map a whole face once you get the eyes right. The sight of him brings with it a relief that is so potent I could cry. He’s here.

I try to say something, but the words are hot little barbs that stick in my windpipe. Sam glances up at the small sound I make, as if he is shocked to see me there. He moves toward me and reaches for the side table, retrieving a cup, and offers me a spoonful of ice chips.

“You’re okay. It’s the respirator. They took it out a half-hour ago.”

I accept the ice, and it’s shockingly vivid, the taste of it like cold chlorine, blunting the soreness as I swallow. He glances down, taking my hand and squeezing it, almost to the point of pain. He looks afraid. I wish I could tell him that I’m all right, but I can’t speak, and I’m not even sure if it’s true anyway. Has the transfer worked? Is it supposed to feel like this?

Sam pushes a button next to my bed, calling a nurse. I shake my head, wishing I could tell him not to. I need a bit more time, to wade into this like the waters of an icy pool, slowly, so as not to shock the system. But then I notice my hand, the right one, the one he’s holding so insistently, and for the first time my eyes register a color. Red. My hand is bleeding, the IV catheter hanging loose, a piece of medical tape curling where it was pulled free from my skin. Great work, Hannah. I haven’t been awake five minutes and already I’ve managed to draw blood.

And my nail polish is gone. Penny came by yesterday afternoon and painted my fingernails a slippery wine color when the nurses weren’t watching. Harlot, she’d said, showing me the label on the top of the bottle, giving me that crooked smile of hers. I’d told her there was no point. After all, what did a discarded body need with red fingernails? But she’d insisted, and I was too weak to even consider arguing. Now my nails are bare. It hits me, the certainty that I’ve shrugged off my former self and taken root within something else. I think of a snake shedding its skin, leaving the dry, crusted remains to the whims of the sun and desert sky.

A nurse hustles in, stopping briefly to shine a tiny light into my eyes that feels like it’s piercing my brain, and then attends to my damaged hand.

“She pulled it out when she was waking up,” Sam explains, as if we’ve accidentally broken something very valuable in someone else’s house. “She seems disoriented.”

The nurse nods. “It takes a few minutes for their eyes to adjust to the light,” she replies, packing the back of my hand with gauze and fastening it in place with medical tape. “Some of the others have said they couldn’t see anything at first.”

“Of course,” the nurse replies, peeling her gloves off and tossing them in a waste bin. “She can hear, too.”

“I know that,” Sam says, reddening. It’s habit for him now, managing me and my care and my disease with little input from me. I’ve been a passenger in my own illness ever since the beginning, with Sam squarely at the helm.

“The doctors should be by in a few minutes,” the nurse says, scribbling something in my chart and heading for the door. “When they’re done I’ll be back to put in a new IV.”

Sam sits next to my bed, his fingers around my wrist, sparing my damaged hand. It is quiet again, quiet but for the beep of the machines next to my bed, and all of a sudden it’s too much. I want Sam to say something, to look me in the eyes, but he does neither.

“You’re here,” I whisper through the rasp in my throat. Sam glances up.

Sam shakes his head. “I only stayed away because the doctors told me to, you know that. But nothing would have kept me away from you today.”

He looks so sincere when he says it, and it’s just what I want to hear. Sam believes in the truth the way my grandmother believed in the Holy Spirit, as an intangible force of righteous power, worthy of lifelong devotion, and I feel sick for doubting him at all. I want to kiss him, to dig my fingers into his hair, to use what little strength I have to erase this fault line that has split us from each other since I was diagnosed. But instead I reach forward and touch the crease between his eyebrows with the pad of my thumb, wishing I could smooth it out, as if I were working with wet clay. That crease, which appeared almost simultaneously with my cancer, has grown deep during the past few months. It is so unfair, that Sam should have to carry a mark of my illness on his forehead while I can start over fresh. It feels like walking away from a terrible car wreck without a scratch.

I begin to register the torn puncture of the IV, the low, aching pulse of it, and that’s when I know that if this second birth was meant to be profound, if it was meant to be something rare and overwhelming, then I’m certain I’ve done it all wrong. Because it’s only that small, insignificant pain in the back of my hand that makes me realize all of my other pain is gone.

It’s impossible that I haven’t realized it until now. I’d wished for this specific mercy every moment I was in pain, and I’d been in pain for months. Worse, too, was imagining what caused that pain, the dense, parasitic tumors cropping up along my spine. Sam and I both became well acquainted with each other’s powerlessness in those months; mine in the face of my own body’s betrayals, and Sam’s in the face of the medical establishment that had become the sole governor of our lives. His inability to negotiate for an increase in my morphine or his futility in protecting me from the barrage of small, necessary agonies that accompanied each of my days in the hospital made the pain that much more difficult. His powerlessness undercut my own. Now I’ve forgotten, it seems, those months of hot wire tightening inside me, those months of chemical burning through my bones, metal puncturing my skin. How easily a body forgets, I think. But no, not this body. This body has never known such pain at all.

“You look like you’ve gotten about twelve years of sleep,” Sam says. “How do you feel?”

“I can breathe.” I exhale the words, drawing them out. I feel like I’m describing a lover, something illicit.

I smile, glancing over at the readout on the monitor beside my bed. It would have been a mystery to us a year ago, that machine, but now we are experts in the weights and measures of my illness. Sam has a particular knack for memorizing numbers and the dosages of my medications and the names of all of the nurses. He’s the one who takes the notes, asks the doctors questions. He says it’s the journalist in him, but I know better. He’s particularly skilled at this, at being the caretaker, because he had a lot of practice with his father.

“It’s amazing how afraid I’ve been of that little number,” Sam says. “I keep waiting for it to drop. It seemed like I’d come in every morning and it’d be lower than the day before. That fucking number used to ruin my whole day.” I nod.

I wonder if I’m allowed to kiss him. I decide it’s better not to try, not right away.

From AND AGAIN. Used with permission of Simon & Schuster. Copyright © 2016 by Jessica Chiarella. 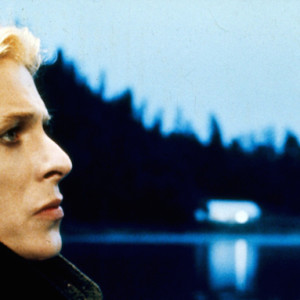 David Bowie, Visitor to Planet Earth The following is excerpted from Hugo Wilcken's 33 1/3 series on David Bowie's Low. In December 1975, shortly after he’d...
© LitHub
Back to top