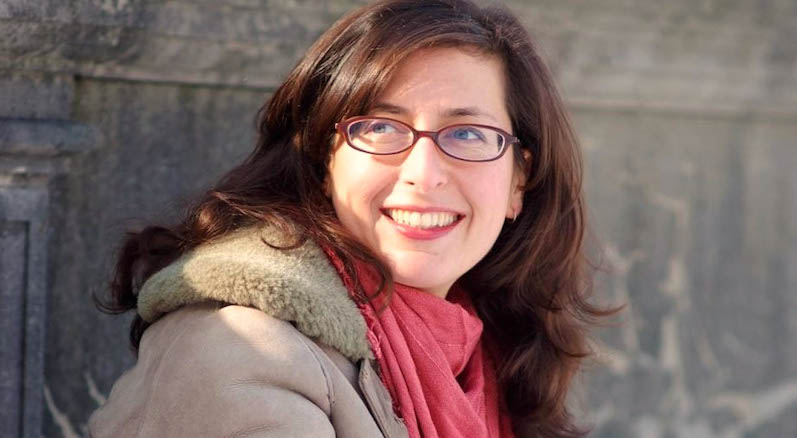 The Author of Blue Hours Talks to G.P. Gottlieb on
the New Books Network

Join me today as I talk to Daphne Kalotay about her new novel Blue Hours (Triquarterly, 2019). Kalotay is the author of the critically acclaimed collection Calamity and Other Stories, which was shortlisted for the 2005 Story Prize; the award-winning novel Russian Winter—a national and international bestseller—and the novel Sight Reading, winner of the 2014 New England Society Book Award in Fiction. She lives in Somerville, Massachusetts, and in her spare time, tries to keep rabbits out of her vegetable garden. She also likes to take long urban walks, from one neighborhood into another.

About Blue Hours: It’s 1991, and recent college graduate Mim wants to be a writer, but for now she is folding clothes at Benetton. She notices the trash-filled streets and befriends exotic Kyra, who joins Mim’s disparate group of roommates, all squeezed together in a crumbling NYC apartment. Their relationship gets closer, and Mim meets Roy, the man Kyra plans to marry. Then, the anguish of another of the roommates, a veteran of the Gulf war, becomes unbearable, and Mim returns home to Boston. She loses track of Kyra for twenty years. Now it’s 2012, Mim is married, a successful writer and raising an adopted child when she learns that Kyra has disappeared in Afghanistan. Mim’s journey to find her old friend forces her to confront her choices, herself, and her understanding of America’s ability to change the world.

G. P. Gottlieb: So how did you come to write this lovely story?

Daphne Kalotay: You know, I was at the beginning of a new project and I didn’t really know what to write and I was musing about New York City in the early 90s and just doing some freewrites. Around that same time a friend of mine who worked for the Red Cross was telling me about his headquarters in Libya being bombed and I got to thinking about humanitarian aid workers and the risks that they take in areas where they may not even be welcome, and what we have maybe been doing in countries to make ourselves not welcome. Around that same time I heard about an American soldier who was being held by the Taliban—and about possible negotiations for his release. And that got me thinking about our engagement in Afghanistan and I was really interested in these two sides of our engagement abroad and, on the other hand, our civilian disengagement with our world and how those two sides come together. And that just got me off and rolling.

DK: So, you know, if you think back to that time, the Obama administration had done such things that had changed what was going on in Afghanistan in that time and, it was safer compared to now—what we’re hearing in the news about Afghanistan right now. Even just today, I know, for instance, there was a bombing by the Taliban in Kabul and at that point there was a greater hopefulness and a lot of people were in Jalalabad right then, working on lots of projects for just kind of daily . . . I’m not saying these projects aren’t going on right now by the way; I’m just saying they are with less precaution, safety, that I think would be happening . . .

Right now weekly we’re hearing about bombings, and this just wasn’t going on back in 2012. And at that time there was this hopefulness that we were preparing for the draw-down. If you remember then, we had a lot more troops there. And this idea was, in 2016 we’re going at the draw-down. Um, now we’ve had that draw-down and now we’re having these peace talks between the Taliban and the US and yet the Taliban are bombing daily, so . . .

GPG: What do you hope readers will take away from this book?

DK: You know, I guess, primarily just a re-engagement with the fact of our influence, um, in this country just by our presence there for so long, and just a re-assessment of our fact of being there. And of our own responsibility as individuals, that . . . that we might not be there personally, but maybe just to be aware. I think it means something to read the paper, to think that our individual actions matter. Even the smallest actions—I’m trying to show that in the book—these very small actions have reverberation. 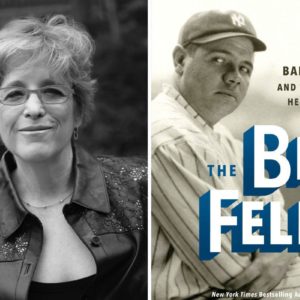 This week on The Literary Life, Mitchell Kaplan sits down with Jane Leavy, author of The Big Fella: Babe Ruth and the World...
© LitHub
Back to top