I left my marriage in 2001, refusing support from my ex-husband (other than a share of the sale proceeds of the house we had bought together). I couldn’t have known it when I left, but it turned out to be a disastrous year, financially, to leave; in 2003, I still hadn’t found a job in my field close to where my ex and my children lived.

I had been in the midst of writing a novel when the marriage broke up; it was a crazy time to leave. For the first time in our marriage, I wasn’t working or going to school, and my husband had agreed to support me while I finished my manuscript. But guilt crept in as it seemed like I was taking his money under false pretenses, at the end of a marriage I no longer felt committed to. I left, but without any means of support.

My post-divorce apartment, a space intended for a single person—all that I could afford—was crowded on the nights when I had custody of my two daughters. I longed to create a comfortable second home for them, not just so that we would have more room, but also to show them that leaving a bad marriage did not condemn one to a life of penury.

When I wasn’t waiting tables, I wrote every chance I could. I had a secret about writing that I didn’t share with others, which was that a good day of writing gave me a feeling of ecstasy, a buzz that I sometimes recognized as sexual arousal. I would have thought I was crazy, but reading Alice Flaherty’s The Midnight Disease, which explained the brain chemistry of writing, made me feel a little less of a loon.

I had also begun a long-distance quasi-romance. He was an old boyfriend from college I’d run into on my last trip back to Seattle to visit my parents. He had owned a successful business for 20 years, had never married, and said he was ready for a change. What better challenge to a writer is that? What are words for in a relationship if not to change someone, I reasoned. Of course, words hadn’t changed my husband during our marriage, but this was different. I wasn’t out to change this man: I was out to win his heart.

In my mind, I identified my ideal client as a woman like me: someone who wanted to woo a man. I knew that many women felt uncomfortable talking about sex, and I imagined that I could become their amanuensis. They could talk to me, and I could translate their language for them. I imagined writing birthday presents for boyfriends, or anniversary gifts for husbands—the kinds of sexy surprises a guy might not expect from a wife who had not been raised to talk about what it was she wanted in the bedroom.

I thought a lot about what I would feel comfortable writing about. Could I write about the types of sexual practices I had not engaged in myself? I’m heterosexual, and I’ve never made love to another woman, but my writer’s imagination envisioned a plethora of scenarios I might be asked to describe. I wouldn’t be relying on my experiences in order to write the custom erotica; the idea would be to ask questions of my clients, get them to tell me of their experiences so I could write them down. I would provide the artistry—provide turns of phrase that would create erotic tension—but I wouldn’t be responsible for imagining new situations.

It came as an enormous surprise that my first response—and every response thereafter—came from a man. In the time that I wrote private erotica for clients, I never once had a woman contact me.

When I was in graduate school, I had been fascinated by the figure of the female courtesan. Women like Veronica Franco, a courtesan in Renaissance Venice, had been among the most highly educated women of her age. She had entertained men in intellectual salons, and she had written on the role of the citizen in Republican Venice. It was her ability to manipulate words—her control of a pen—that had tarnished her reputation. Her knowledge of the world, which had come through reading and writing, opened her up to criticism for being too worldly—which was a coded way of saying that she was too promiscuous and therefore, a whore. A woman who could write well and knew too much could not be a well-behaved, demure wife. Veronica Franco had occupied a liminal space in Venetian society.

For me, writing about sex for money brought me to the borderline. Was I engaging in sex work? And if I were, did it matter? I never spoke to these men on the phone or met them in person. All of my interactions with them took place through email. They only knew me through a nom de plume, and they paid me through an anonymous PayPal account. They had no idea who I really was. For all I knew, the names they used to contact me with were also fake.

I had established boundaries of the types of writing I would not do: no rape fantasies. Nothing that involved children. And, after a single inquiry that I got rid of with a one-word response, nothing that involved dogs. But I was happy to write about anything that two consenting adults were willing to do with one another.

But in the erotica that I was asked to write, especially by the men who had been with their wives for a number of years, I wrote about the tenderness that men felt toward the flaws that so many women focus on in mirrors. I wrote about scars, and changing bodies, soft bellies, breasts that bore the stretch marks from childbirth, and other intimate details that only a couple who had been sleeping together for a long time would know about each other.

Rather than women asking me to express their sexual side to their partners, again and again, I was asked to help men break down the barriers between their emotions and the language that got in the way. They wanted me to write down their most intimate feelings, offerings to their partners who might not otherwise hear words like these spoken by a man.

One of the things I did with my clients was to encourage them to use the piece I had written for them as a template for ongoing correspondence with their partners. It was my hope that once these things had been spoken, the men would continue to speak them to the women they loved. And the feedback was very good. One client told me that his wife kept her letter in a jewelry box by the bed, and that he’d seen her reading it several times. Which is why he was asking me to write another one—this time a fantasy to mark the occasion of their youngest son moving out of the house and going off to college.

Most of the stories were based on an intimate moment in the past that the lover wanted to have a narrative snapshot of. Since no photos were available, I was asked to write stories that used all of the senses. This was not the erotica of subtle suggestion—although that was included—many of these stories were a more literary version of the “letters” that used to run in Penthouse. I learned more couples’ euphemisms for genitals than I knew existed, and I also drew on my knowledge of Victorian erotica to revive some of the old terms.

For the time that I worked as a “literary courtesan,” my sense of the world heightened. I paid attention to the tiniest of details—the way my cat’s fur stood up if I stroked her the wrong way, the trembling of the Quaking Aspen leaves outside my kitchen window, the taste of real maple syrup on the tip of my tongue—and I copied words and phrases down into a notebook. In spring, I noticed that the number of shades of green on the hillside exceeded my ability to name them all, and so I worked at finding ways to put sensory detail into language.

Eventually, my ongoing job search paid off with a full-time faculty position. I decided it was time to put away my persona as a writer of erotica. I was afraid that someone at the university would find out, and while I wasn’t ashamed of what I had done, I knew enough about academic politics to know it wouldn’t be considered work toward tenure.

Now that I’m no longer teaching, I’ve been thinking of my days as a literary courtesan. It’s ironic to me that I was helping men to find their voice when it’s women who have always been the ones silenced. But I’d like to think that, for some couples at least, I helped men to own the feelings that our culture tells them are shameful. A little tenderness goes a long way in strengthening the bonds that tie us together. 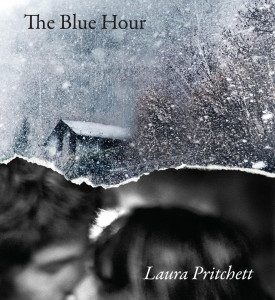 Under the Apple Tree When Joe left me sitting under the apple tree and started to walk across the pasture, he looked back...
© LitHub
Back to top