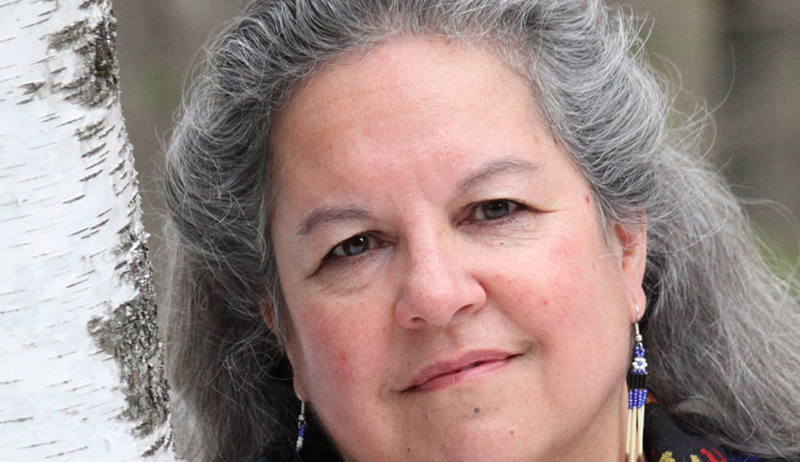 In this episode, Robin Wall Kimmerer discussed dandelions as global citizens, the role of the writer as a conduit for story, and the spirit of reciprocity that lies at the heart of our relationship to place.

Early one morning before London went into lockdown, I walked up Parliament Hill, an elevation in Hampstead Heath with a panoramic view of the long city skyline. That day, the bowl of the sky was gray, but a band of light across the southern horizon steeped the buildings in yellow. Sickly, jaundiced, I found myself thinking. It was as if the infected state of the city had been revealed through some color-coded medical test. In that eerie luster, the skyscrapers themselves, which often appear brash and dramatic, looked just like splinters of ruined pilings after a grand pier had washed away. While I stood there, the wail of ambulance sirens seemed nearly constant. I hadn’t heard anything similar since 9/11 in Manhattan.

In the throes of a calamity, we reflexively find echoes of our predicament in the conditions of the natural world, just as we reach to memory for prior events that chime with our present-day experience. Both impulses speak to an urge to discover order and meaning—even a sinister correlation—in moments of chaos. This desire is not wrong, but we might do well to focus that wish for greater significance on the larger social order we ourselves have constructed in the here and now. Instead of reading omens in the heavens, we could study the patterns of human relations that have been thrown into relief by our general loss of immunity, striving to discern what they reveal about how we could better arrange our existence when the crisis finally abates.

As I lingered on that impressive overlook, gazing down at the array of dim, half-deserted towers, I found my thoughts drifting to a scene from revolutionary poet Heinrich Heine’s account of the cholera pandemic in France in 1832, when he stared down over his beloved Paris from the heights of Père Lachaise Cemetery. It was sunset when Heine traveled up there for the funeral of a friend stricken by the disease. He too had found the light suggestive, describing twilight vapors covering “sick Paris like a light-white shroud.” But Heine swerved quickly from that atmospheric resonance to the sheer tragedy of human affliction—and the loss suffered by the whole world when a city which had become synonymous with the dream of political freedom turned into a site of devastation. Foregoing the notion of personal solace, the poet opened himself to anguished solidarity with a place that had already sacrificed so much for “the temporal deliverance of humanity.” He wept bitterly, then redoubled his commitment to the ideals he felt most inspired by in the country’s legacy.

When Heine later anthologized his report of the plague, together with other dispatches from that volatile time, he expressed his conviction that when “the great mass of the people really understand the present, they will no longer allow themselves to be goaded” by the propagandists of the ruling classes “to hatred and war.” Paradoxically, by keeping his eyes on the scenes immediately before him, rather than seeking cosmic forecasts about the pandemic’s significance, Heine seemed to become more certain of the prospects for a just, even utopian, future in which “the great confederation of races, the Holy Alliance of nations,” would be formed.

Perhaps we today may discover that by refusing to turn away—striving instead to really see this current moment in all its tangled dimensions and harrowing details—we will find ourselves able also to see through it, to the outlines of a genuinely healthier world. Heine’s response to the pandemic provides a model for reflecting on our own reactions as we struggle to understand what is happening around us: What is hysteria and what is prudence? What constitutes foolish swagger and what is necessary courage? What is our personal role in this unfolding cataclysm, not just today but tomorrow, and the day after?