On today’s episode, Matthew B. Crawford, author of Why We Drive: Toward a Philosophy of the Open Road, discusses how driving is an escape from our virtual world—and current situation.

Matthew B. Crawford: There is a long tradition of the new urbanism that regards cars as the enemy, and I’m actually somewhat sympathetic to that. I mean, cars have transformed the urban landscape in ways that are largely lamentable, but I find driving just a very interesting activity that displays all kinds of capacities that somehow point to what it means to be human. So one thing that interests me is the kind of cooperation and improvisation you see at an urban intersection. That’s more the case in a place like Rome, where there’s hardly any traffic rules that are obtained and people are just working things out on the fly, but it’s an interesting case of a kind of social trust that you see where we’re willing to presume competence on the part of our fellow citizens. As a political theorist, that’s interesting. It’s one of the few areas where you see that kind of trust in action.

Andrew Keen: Do you see political culture sort of manifesting itself in the habits of driving? I was thinking in America that the libertarian roots of politics are manifested by people’s refusal to either acknowledge any kind of discipline or indicate the use of the mirror. Like, no one in America is willing to look backwards, right?

Matthew B. Crawford: That’s right. We’re a forward-looking people. The flip side of that sort of sociality that I mentioned at an intersection is that there’s the dark side, which is the road rage, which is when you’re in your car and other people are in their cars and you can’t tell where their attention is directed. We have very little information to go on. We’re in this interpretive situation where we have to make sense of other’s behavior. It’s hard to make your movement understood what your intention is and that can sometimes spiral down into this mutually assured misunderstanding and people get very, very angry.

Matthew B. Crawford is the author of Shop Class as Soulcraft and The World Beyond Your Head. He earned a PhD in Political Philosophy from the University of Chicago, specializing in ancient political thought; he majored in physics as an undergraduate at UC Santa Barbara. Crawford has been working on cars since the age of fifteen and currently drives a 1970 Volkswagen Karmann Ghia.

Andrew KeenKeen OnLit Hub RadiopodcastsWhy We Drive: Toward a Philosophy of the Open Road
Share: 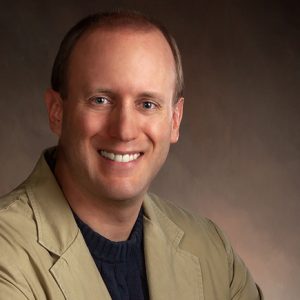