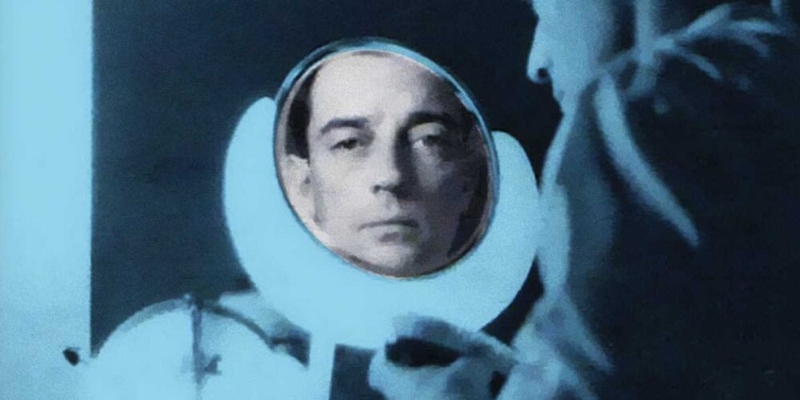 Dana Stevens on Writing a “Zigzagging Biography” of Buster Keaton

Dana Stevens stops into the Damn Library to talk about her new book, Camera Man: Buster Keaton, the Dawn of Cinema, and the Invention of the Twentieth Century, and it allows for lots of subject hopping, from the birth of movie reviews to Buster Keaton’s model trains to the trick of describing movies dynamically. Plus, she brings along Fernando Pessoa’s The Book of Disquiet, a fascinating posthumous tome from a prolific contemporary of Keaton whom Dana Stevens is also obsessed with.

Christopher: The Cartographers by Peng Shepherd

Dana: A Monica Vitti Poster of a still from L’Avventura

Brown Derby Restaurant by Sally Wright Cobb • River of Shadows by Rebecca Solnit • West of Sunset by Stuart O’Nan • The Trial by Franz Kafka • Pessoa: A Biography by Richard Zenith • The Book of Disquiet by Fernando Pessoa

Christopher: I was so drawn to this other branch that you were following at different points of the book of the role of the critic. Because of course, as film rose, film critics the job shows up. And as a critic, I felt like you must have had an interesting insight or a point of view as you were watching this nascent genre invent itself.

Dana: Yeah, those were two of the chapters that were the funnest to research. They’re two chapters back to back that are in some way or another about film criticism. One is sort of about how the star system and film criticism grew up together. Because there’s this crazy period of film history, I think not that many people realize, but until around 1910 or 1911, actors in movies were not identified onscreen by credits. So you didn’t know who was in a movie. So you might decide, oh, I have a crush on that blond girl from Biograph, but you don’t know that it’s Mary Pickford because her name is not onscreen, and the producers would deliberately try to conceal the identities of the players so that the actors would not ask for more money and so that it wouldn’t turn into an actor’s medium, more or less.

But what started to happen in the 1910s was that it just became clear that that was not a sustainable system. People were going to find out the identities of these movie stars they were obsessed with. And part of the way that happened was through early film magazines—and I write about this a bit—which had these features called the Answer Man column or something like that, at least in one magazine, it was called that. You’d write in and say, “Who’s the blond girl in the Biograph movies?” And then you would start your Mary Pickford fandom that way. So that was a really fascinating phenomenon to trace, that was again growing up along with Keaton. Because he was born the same year as film—that’s something that we forgot to say at the beginning. But 1895, the year of his birth, is also the year that the Lumiere Brothers first project motion pictures. And that’s an observation that’s made in every Keaton biography. I mean, it’s probably on Wikipedia. Everybody makes that note about him and sort of says, ah, isn’t it kind of a cool irony or something? So that also means that he grew up alongside movies and alongside movie critic criticism and so forth.

The other chapter about criticism is about Robert Sherwood, who is a fascinating figure who really did deserve a sort of mini capsule bio, which is what that chapter tries to be. He was a critic at Life for many years, for most of the 20s, and also the editor in chief of Life at one point, and went on to have a fascinating life in many other ways you can read about. But his life also intersected with Keaton’s in all these fascinating ways. He loved him as a critic and was always boosting and championing his work.

Yet he hated The General, the movie that we now consider Keaton’s masterpiece. He tried to write a movie for Keaton once and it didn’t really work out. Anyway—I mean, as soon as I started reading about Robert Sherwood, I realized he needed a chapter of his own. So that kind of goes back to your question about why all these digressions? The answer is basically, that’s where my curiosity went. And I’m just really glad that it works for anyone because I realize that it’s a very strange structure for a book.

Christopher: It is, but I feel like structure is the last bastion of innovation for books. How we structure and how we get the ideas through, I feel like that’s the thing that people are still innovating, as far as the pages of a book go. And so I felt very much, this whole time I was reading this, I was like, this is a completely different thing. I’ve never read a nonfiction book like this before that could go into these things, and not feel like I’m not reading the same book anymore.

Dana: Well, thank you, because that was a big challenge when writing it, obviously, and a fearful thing in sending it out to new people. Do you know the book River of Shadows by Rebecca Solnit?

Dana: That’s a book I thought about in structuring this book and that was an inspiration for, at the very least, the freedom to think, maybe I can do something different. I mean, it’s a different book, but it is also the story of one individual, which is Eadweard Muybridge, the photographer who took those famous photos of the running horse that are often called the kind of basis of cinema. And he also, that photographer, had this very long and strange and fascinating life involving photographing the railroad extension across the West and getting involved in a murder trial and all of these crazy things.

And she is a wonderful writer. And she did a sort of history of the American West, basically through the life of Eadweard Muybridge. Not something I would have thought that I would wanted to read, and yet it’s one of my favorite books. So yeah, I think there is a precedent for zigzagging biographies. But it’s something that you definitely feel like, is anybody going to follow me on this journey?

Christopher: Totally. Well, I definitely followed you into Sherwood, and it also made me wonder, as a film critic, do you feel like there are any actors who you feel like have that same Sherwood and Keaton connection to? Is there any actor who you could be like, I would love to write a movie for them if I was able to.

Dana: Oh, that’s such a great question. I mean, I don’t think of myself as a screenwriter or a person who could write fiction at all. That’s a whole separate conversation. But to me, it feels like even though I write, it’s a completely different brain mechanism than someone who would just make up a story and actually find a beginning, middle, and end for it. But who is an actor that I vibe with in that way? I mean, I can name actors that I feel like don’t get pushed to their limit that I would like to be able to see them do more than they do. I think Jennifer Jason Leigh is a total genius.

And too often, especially now that she’s in her middle age, has been pushed into roles of kind of the frowning ex-wife or something like that. I mean, she’s literally played her own ex-husband’s frowning ex-wife in that Noah Baumbach movie, Margot at the Wedding, I think. She is somebody that I would love to see in more things and I wish I could write for.

Who else can I think of? I mean, Oscar Isaac. I saw Oscar Isaac play Hamlet, and and it was one of the best Hamlets I’ve ever seen. And ever since then, I’ve sort of felt like very few people have used him as well as he could be used. The Coen brothers have in Inside Llewyn Davis, but I really hope he doesn’t disappear into Star Wars land because he’s also capable of great things. 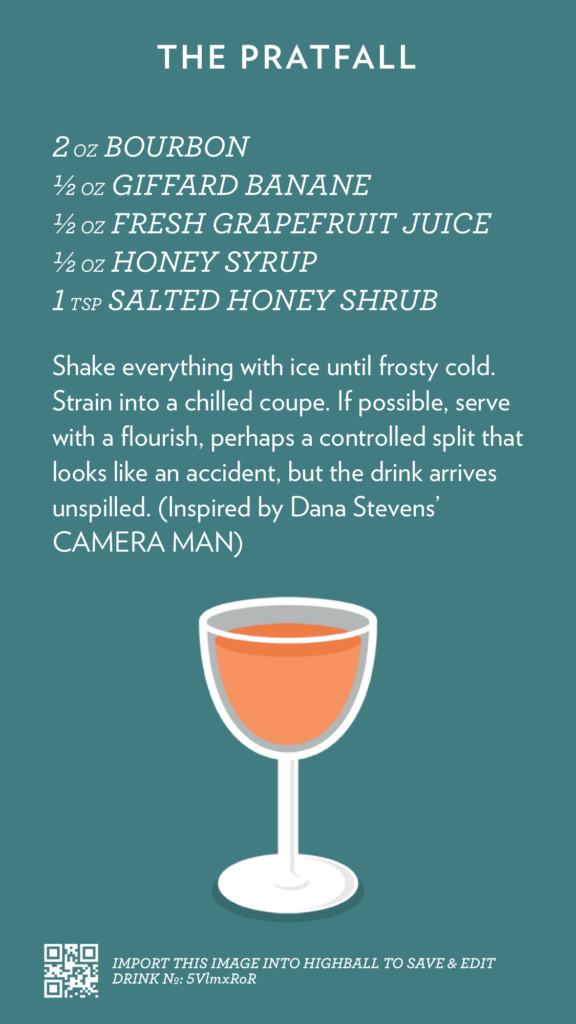 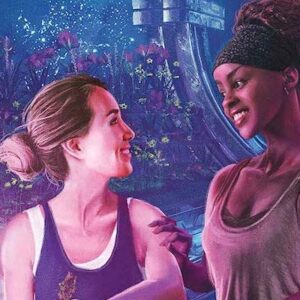 Go in like a lion this March with new SFF anthologies, speculative literary collections, and more March is well-timed...
© LitHub
Back to top
Loading Comments...