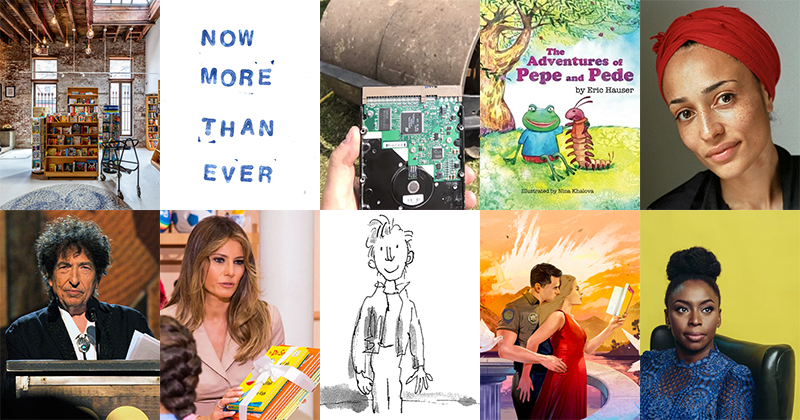 From White Nationalist Kid Lit to the Magic of Books

50.
Emma Straub opens a bookstore, books revealed to be magic.

In the waning days of 2016, news broke  that Cobble Hill’s beloved Book Court would be closing after 35 years. Luckily, the grief was short-lived; novelist Emma Straub soon announced that she’d be starting a bookstore of her own to fill the gap. Enter Books Are Magic, which opened its doors on the last weekend of April in time for Independent Bookstore day. Since then, it’s been deemed a genuine tourist destination by CNN and its tote bags considered a barometer of cool.

49.
Everything was suddenly more important than ever.

Now more than ever we’re being told that everything is now more than ever—with Donald Trump and all the racism, sexism, xenophobia, and ghoulish greed he symbolizes the harbinger of that “now.” The editors of n+1 pointed out in their Spring 2017 issue, “‘Now more than ever’ has always been used to sell things in moments of crisis”—notably Richard Nixon’s 1972 presidential campaign. According to Google Ngram, the last time “now more than ever” peaked in usage was 1945, another moment of crisis in which many things were sold. All too often, “now more than ever” is not only an ahistorical assertion, but one that reflects a privileged experience, only newly disrupted. As Morgan Parker wrote in a poem by the same name in The Paris Review “Now More Than Ever” is a “Phrase used by Whites to express their surprise and disapproval of social or political conditions which, to the Negro, are devastatingly usual.”

The perils of posthumous publishing are well-documented, and fantasy novelist Terry Prachett found a colorful solution to skirt the issue entirely. Before his death from Alzheimer’s disease in March 2015, he stipulated that any of his unfinished work, along with this computers, should be steamrolled. That wish finally came to fruition this August, when Pratchett estate manager Rob Wilkins ran over his hard drives with a vintage John Fowler & Co steamroller named Lord Jericho at the Great Dorset Steam Fair.

47.
Pepe the Frog reclaimed (sort of) from racists.

That really ugly frog—Pepe—that has long seemed a mascot of the neo-fascist, white nationalist wing of Donald Trump’s base (rebranded by journalists everywhere as the “Alt-Right”), was actually the creation of a regular guy named Matt Furie, who’d meant for Pepe to be a chilled-out stoner frog. So when Denton, Texas middle school principal Eric Hauser had his self-published Islamophobic children’s book set for wider release, Furie got himself a lawyer. And thus the bewilderingly titled Adventures of Pepe and Pede was denied a chance to pollute young minds everywhere.

In the July 2017 issue of Harper’s Zadie Smith published an essay titled “Getting In and Getting Out: Who Owns Black Pain?” In it, she wrote of Jordan Peele’s directorial debut Get Out and of the controversy surrounding Dana Schutz’s painting of Emmett Till, Open Casket, exhibited as part of the Whitney biennial. Smith’s essay, in particular her response to artist Hannah Black’s letter demanding the removal of Open Casket, sparked its own mini-controversy, eliciting responses from writers at Longreads, n+1, Ploughshares and elsewhere who felt she had not honestly engaged with Black’s argument. The essay was also discussed on Jenna Wortham and Wesley Morris’s New York Times podcast Still Processing.

While it would have been wonderful to leave any news related to Bob Dylan’s Nobel win behind in 2016, unfortunately he made headlines as a Laureate once again when it emerged that parts of his Nobel lecture may have been cribbed from…SparkNotes. But that certainly hasn’t stopped it from being sold as a book!

Liz Phipps Soeiro, a librarian in Cambridge, Massachusetts, showed the whole country exactly how meaningful a small act of resistance can be. Back in September, when Melania Trump attempted to donate a collection of Dr. Seuss books to the local public school library, Soeiro very publicly refused, citing the “harmful caricatures and stereotypes” in Seuss’s illustrations and pointedly suggesting that the First Lady Trump channel resources to schools in “underfunded and underprivileged communities” that are “marginalized and maligned by policies put in place by Secretary of Education Betsy DeVos.” There is more than one way to the fight the power.

43.
Roald Dahl’s Charlie Bucket was originally supposed to be black.

Plucky pre-diabetic urchin Charlie Bucket was a pasty white British boy, right? Wrong. According to Roald Dahl’s widow, the cheery protagonist of beloved children’s classic Charlie and the Chocolate Factory was originally supposed to be black. In an interview with BBC Radio 4 earlier this year, Felicity Dahl, along with Dahl biographer Donald Sturrock, who was also being interviewed, said the change to a white character was driven by Dahl’s agent, who thought a black Charlie would not appeal to readers.

When Robert Gottlieb wrote a roundup of the fall’s best romance novels, readers found it patronizing, reductive, sexist and just plain dumb. “Thank goodness someone undertook the thankless task of mansplaining the romance genre to me!,” wrote one displeased commenter. Radhika Jones published a response arguing for separation between the critic’s take and the fan’s, and highlighted the range of criticism the piece had elicited. “At one end of the spectrum, some readers are critical of what they perceive as slights against “beloved” romance writers,” she wrote. “At the other end, some readers question our decision to give these writers any real estate at all.” It’s unlikely anyone at either end was much convinced.

This past March, Nigerian writer Chimamanda Ngozi Adichie was on the receiving end of intense criticism for comments she made drawing a line between the experiences of cis women and trans women (or as she said it, “women” and “trans women”) during an interview with Britain’s Channel 4. Though dismayed at the anger of her detractors Adichie did not apologize, instead lamenting the “language orthodoxy” of the left and sounding a lot like everybody’s conservative Uncle Kevin. 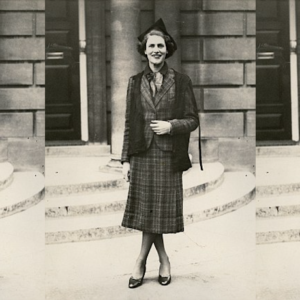 The best book covers of 2017, as chosen by the book designers. | Literary Hub Charles Dickens really didn’t like...
© LitHub
Back to top