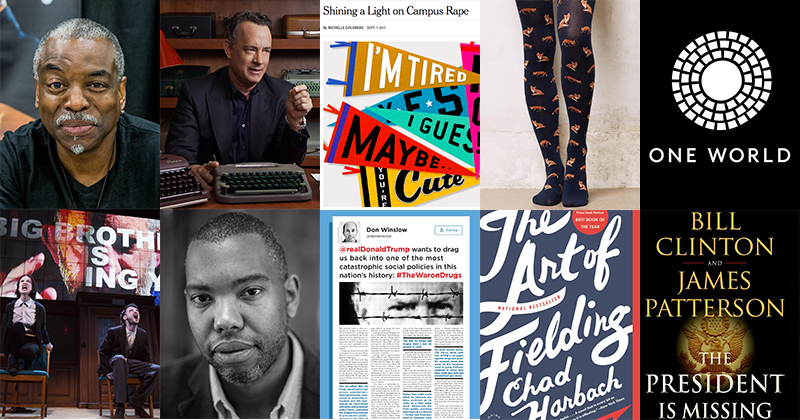 Head here for the beginning of the countdown, 50 through 41.

Reading Rainbow host LeVar Burton has been trying to revive the nostalgic favorite show for a few years; in 2014, he launched a Kickstarter campaign intended to fund a reboot, and this June he unveiled a new podcast called LeVar Burton Reads, a Reading Rainbow of sorts for adults. These efforts embroiled him in a number of legal battles; the most recent complaint, filed this August, concerned his continued use of the Reading Rainbow tagline “But you don’t have to take my word for it” on the new podcast. Thankfully, before all your childhood dreams could be soiled by litigious greed, a settlement was reached, the lawsuit withdrawn, and Burton is now free to quote the line at will.

After writing a 2014 New York magazine cover story on Emma Sulkowicz, whose “mattress performance” received international attention, Vanessa Grigoriadis published a book this September titled Blurred Lines: Rethinking Sex, Power, and Consent on Campus. New York Times op-ed columnist Michelle Goldberg reviewed Blurred Lines for the paper, alleging that “occasionally [Grigoriadis] makes baffling errors that threaten to undermine her entire book.” Ironically, the Times soon issued what Erik Wemple called a “full-throated correction” to Goldberg’s review that contradicted many of her claims of factual sloppiness. Grigoriadis found the correction insufficient, writing “Michelle is free to dislike my book. She is not free to make demonstrably false statements that not only damage my book but my reputation and credibility as a reporter.” (She also tweeted at Goldberg, “Could you correct yourself or are you busy ruining my career?”) Jia Tolentino, writing in The New Yorker, argued that the dust-up revealed something about the subject at the heart of Grigoriadis’s book—that “if you isolate any single hypothesis or argument or statistic about the problem of college sexual assault, there will be some way to make it seem wrong, even specious.”

Radhika Jones, the editorial director of the New York Times books department, left her position to become the editor-in-chief of Vanity Fair. Apparently, when Jones made her first visit to the magazine’s offices, the staffers gave the side-eye to her choice of tights. Too bad! She’s your boss now, folks, no matter how much money she’s making.

Book publishing may be in trouble, but that hasn’t stopped a crop of new imprints from popping up this year. Lena Dunham and Jenni Konner started Lenny at Random House, Chris Jackson relaunched One World, Jamie Raab and Deb Futter left Grand Central to create Celadon, and Sean McDonald dreamt up MCD, the experimental arm of FSG.

It’s hard to be reminded of how low American democracy has sunk, but that’s not exactly why audiences were throwing up and fainting at 1984‘s London previews: graphic torture, searing strobe lights, and intense soundscapes all add up to a fun night out.

Ta-Nehisi Coates deleted his Twitter account this week amid an argument with Cornel West, who published an article in The Guardian last Sunday titled “Ta-Nehisi Coates is the neoliberal face of the black freedom struggle.” The piece drew a lot of ire, including from New Yorker staff writer (and longtime friend of Coates) Jelani Cobb, who refuted much of West’s argument. It also drew agreement from some unlikely places—alt-right figure Richard Spencer tweeted the article along with the commentary “He’s not wrong.” Coates tweeted “peace y’all. i’m out. I didn’t get in it for this” just before quitting the site.

Don Winslow is not messing around. The best-selling author of The Cartel and The Force expressed his fury at Donald Trump’s renewal of the already failed “War on Drugs” by purchasing a full-ad in the New York Times. And even though Winslow has given us no money, here’s some of what it said:

Rather than make a real effort to address the drug problem at its roots—at a time when more Americans die from opiate overdose than from car accidents—Trump and Sessions hand us fantasies such as the border wall, which will do nothing to slow the flow of drugs, and facile, intellectually lazy “lock ‘em up” soundbites that make for good politics but horrible policy.

A man named Charles Green accused Chad Harbach of plagiarizing elements of his unpublished manuscript, Bucky’s 9th, for Harbach’s popular novel The Art of Fielding, and demanded that the film adaptation halt production. The list of similarities between the two works runs the gamut from trivial to very odd indeed, but given how much of it shows up in old drafts of Harbach’s, it all sounds a little thin.

31.
Bill Clinton is writing a crime novel with James Patterson

If Donald Trump can be president, Bill Clinton can be a crime novelist. In May, we found out that President Clinton had teamed up with James Patterson to write a novel called The President Is Missing, which its publishers promise will be “informed by insider details that only a President can know.” This fall, Showtime secured the rights to turn the as-yet-unpublished book into a TV series.

Real Gratitude Shouldn't Be Easy: On It's a Wonderful Life 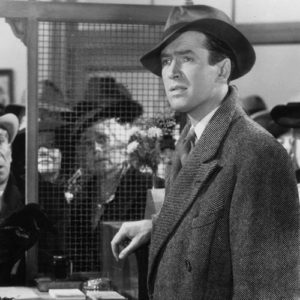 Real Gratitude Shouldn't Be Easy: On It's a Wonderful Life

Like many people without a particular religious creed, I’ve imagined Heaven in a variety of ways over my lifetime. As a kid,...
© LitHub
Back to top
Loading Comments...