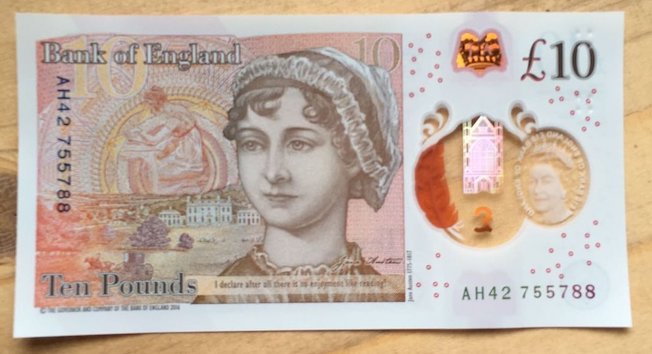 Whether it’s casually insulting Islam or making racially insensitive comments regarding street harassment, distinguished and prolific septuagenarian of American letters Joyce Carol Oates is no stranger to Twitter gaffes. Oates’s most notable social media foot-in-mouth moment of 2017 came in October when she tweeted a picture of a William Faulkner banner at Mississippi State University with the caption “So funny! If Mississippians read, Faulkner would be banned.” (Now) two-time National Book Award for Fiction-winner and proud Mississippian Jesmyn Ward, among many others, was not impressed. Oates’ most recent fracas involved her dismissing author Dhonielle Clayton’s thoughtful thread about sensitivity writers with unwarranted (and unfeasible) advice: “don’t read what offends you,” and “start your own publishing houses & magazines as many (of us) have done.”

29.
Jane Austen appears on a pound note, incites rage across the internet

On the 200th anniversary of Jane Austen’s death, the Bank of England unveiled a new £10 note bearing her likeness. The drama that ensued brought together an unlikely group of protesters: vegans, historians, book nerds, and misogynistic trolls. Adamant animal lovers were upset by the bill’s new composition—it contains tallow, which is derived from animal products; in protest, they amassed over 100,000 signatures on an online petition. Historians lamented that the image of Austen is not historically accurate, as they claimed the posthumous painting featured was a “prettified-up publicity portrait” (but, honestly, we don’t blame the bank for deciding against the portrait her sister did). Additionally, the

anodyne featured quote (“I declare after all there is no enjoyment like reading!”) was uttered by “a character who doesn’t care for books” (the horror!). And, of course, misogynists on the internet were angry. And, of course, they took their anger to deplorable extremes, sending the feminist blogger behind the campaign rape threats. Nevertheless, however, Jane persisted, making her the third woman to have appeared on a pound note.

28.
The iconography of Joan Didion expands into documentary form.

The ubiquity of Saint Joan carries on apace with the release of her own documentary, courtesy her nephew and grand-niece (Griffin Dunne and Annabelle Dunne). Joan Didion: The Center Will Not Hold received mixed reviews, but provided one more angle on the life of a literary icon whose persona occasionally overshadows her actual writing.

27.
For some unknowable reason, readers were very drawn to dystopian fiction

Future Home of the Living God (a portrait of a young woman fighting for her life and her unborn child against oppressive forces that manifest in the wake of a cataclysmic event), and Naomi Alderman’s The Power (in which a genetic mutation causes girls across the world to suddenly acquire the power to conduct electricity and thereby alter the world order).

26.
The first-ever translation of The Odyssey by a woman (Emily Wilson) is published

For the first time in its history, The Odyssey—which was composed in the 8th century BCE and first available in English in 1581—has been published in English translation by a woman. Translator Emily Wilson sought to modernize it in more way than one,

eliminating the needless misogyny present in earlier translations while honoring Homer’s unique voice. To explain just how exciting this new translation is, perhaps Wilson herself puts it best: “The Odyssey is told by a female Muse, guided by a female goddess, and now translated by me.”

The alt-right has rendered sinister a wide variety of formerly harmless things, from parentheses to the now-infamous cartoon frog Pepe. To this ever-growing list of cultural co-option, we can now add Jane Austen and Medieval and Classical studies. In the case of the former, the causes appear to be threefold: Austen is held up as “1) symbol of sexual purity; 2) standard-bearer of a vanished white traditional culture; and 3) exception that proves the rule of female inferiority,” making her, we guess, a literary-historical Taylor Swift figure. In the case of the latter, it’s fairly obvious why white supremacists would yearn for a mythologized, “pure” Europe—a time, in actuality, when no one bathed and the average lifespan was 30 years.

In May, Amazon opened its first brick-and-mortar bookstore in New York City (its seventh overall), to general bemused derision from New York-based journalists. “It is situated on the third floor of the Time Warner Center,” Jia Tolentino wrote, “a baffling place that, on any given weekday, seems populated exclusively by tourists, sharply dressed professionals taking two-hour lunch meetings, and people with the aura of those C.G.I. figures in architectural renderings—people who are there just because they’re there.” The books are all displayed with their covers facing out, and the stock is limited, chosen by a metric that

apparently includes “customer ratings, pre-orders, sales, popularity on Goodreads, and our curators’ assessments.” But why, many of us found ourselves asking. Like, what is the point? Alex Shepard had one answer: “if Amazon Books’s raison d’etre is ‘discoverability’ and the blending of online and offline commerce, than its utility breaks down—it doesn’t do either thing particularly well. They certainly don’t justify the high overhead expense the company is taking on. This is why I came away from Amazon Books with a sense that it existed for no other reason than that the company just has too much money.”

We’ve long thought Rebecca Solnit to be a voice of reason and resistance in this country, but in the wake of Donald Trump’s slim electoral college victory, Solnit’s finely honed fury and battle-won wisdom has taken on a new importance. But don’t take our word for it.

22.
Poetry conquers the last frontier of the internet: Instagram.

It’s been a big year for instapoets, and none more so than Rupi Kaur, whose second collection The Sun and Her Flowers debuted at the top of best-seller list in October and has more or less stayed put since. Kaur is, as Carl Wilson

writes, a poet who “prompts heated polemics, pro and con, from people you never otherwise hear mention poetry.” Leading up to the release of The Sun and Her Flowers, parodying her poems became a popular meme on social media, one that poked fun at the short lines and relatively simplistic imagery of her work. (Two college freshmen even published a book-length parody of Kaur’s first book that became an Amazon bestseller). There was speculation that she had plagiarized from Nayyirah Waheed, another poet who first gained popularity via social media. In August, BuzzFeed published an essay called “The Problem with Rupi Kaur’s Poetry” that critiqued her use of a generalized South Asian trauma and her position as “a privileged young woman from the West who unproblematically claims the experience of the colonized subject as her own.” But the article which sparked the most debate was likely an unflattering profile of Kaur published on New York magazine’s The Cut in which she comes across as more interested in design and “big, big thinkers” like Steve Jobs than literature or poetry. Some took issue with the tone of this piece, and two days later The New York Times published a much more positive profile that in part addressed her growing backlash. Kaur closed out the year with a third big profile in Rolling Stone.

Bonus instapoet drama: in late August, relatively unknown Portland-based poet Collin Andrew Yost went viral in the worst way when a tweet mocking his work precipitated a social media pile-on and then write-ups with titles like

“This Instagram Bro Poet Will Make You Feel Much Better About Your Work” and “Everybody Hates Portland’s Cigarette Bro-Poet.” Writer Laura Yan, who initially participated in making fun of Yost, later reached out to him about his side of the story, and to examine the way that what had begun as a critique of literary misogyny had become “theatrical and performative, about who can come up with the funniest tweet or the most biting satire.”

21.
Americans continued to infiltrate and destroy the Man Booker Prize.

George Saunders won the Man Booker Prize for his debut novel Lincoln in the Bardo, the second American in a row to win the prize, after Paul Beatty did last year. Americans have only been eligible for the prize for the past four years, and this year, the short list was half American, the largest showing so far. Possibly America is ruining the Man Booker prize. On the other hand, it might have been book publishers. Regardless, most people were pretty pleased for Saunders, because literally everyone likes him, even if he is a brash American.

20 Books That Deserved More Attention in 2017 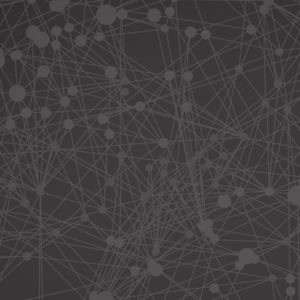 The holidays are magical, aren't they? They are so full of light and cheer and good food and fine wine and family. They are overrun...
© LitHub
Back to top