Why I Gave Homer a Contemporary Voice in the Odyssey

Emily Wilson on the Virtues of Hospitality, Now and in the Ancient World

One of the few consistent goals of the Trump administration has been to restrict immigration, even for legal immigrants and refugees from certain countries, and to deport undocumented immigrants. Meanwhile in Europe, the past two years have seen an unprecedented wave of migrants and refugees, many of them risking their lives to flee conflicts in Syria, Afghanistan and Iraq. Last year the British government called a referendum, and a majority of those who cast ballots voted to leave the European Union—a move which was seen by many as a symptom of fear and resentment of foreign immigrants, especially among members of economically disadvantaged rural communities. So there are good reasons to worry that xenophobia, the hostile fear of strangers, may be on the rise, and “xenophilia,” the love of strangers, is sadly a less common term in our current world. For this reason among many, it is an excellent time to read or reread the archaic Greek poem which provides one of the most searching accounts in world literature of the ethics and psychology of xenia, a word which suggests “hospitality,” “foreign-ness,” or “the proper bond between visitor and host.”

The Odyssey was composed around the late eighth or early seventh century BCE, a period when Greek speakers were just starting to encounter their neighbors through trade, colonization, piracy and war. The poem tells of a Greek warrior who has spent ten years away, besieging Troy. Odysseus and his allies succeed in taking the town, thanks to the scheming protagonist’s trick of the Wooden Horse. But rather than going straight home to Ithaca with his pile of loot and a fresh batch of slaves, Odysseus is blown off-course, and spends another ten years struggling to return to Ithaca.

Even when he steps foot on his native land, the process of home-coming has only just begun. Odysseus gradually reveals himself to his two most trusted slaves, his son, his wife, his father, his poor old dog (who dies after seeing his owner for one last time). He also reveals himself at last to his wife’s suitors, and slaughters them all. He reconnects with each friendly member of his household, and kills all the people who have invaded his house—plus, for good measure, the slaves whose bodies and minds are tainted by having been used by the invaders. By this means, Odysseus makes a slow, painful transition from being himself a foreigner or stranger, to being at home and in his own place again. This poem about what the Greeks called nostos (“home-coming,” the word from which we get nostalgia) traces the way that home and identity are constructed not only by geographical location, but by relationships.

The word xenos suggests both “stranger,” “foreigner,” “host,” “guest,” and “friend.” The Odyssey suggests that there are particular ways that people should, ideally, treat visitors, which will enable the stranger to become a friend. When a bedraggled stranger in need shows up at your door, you must—before even asking his name—ask him inside, offer him a warm bath and a clean change of clothes, give him food, wine, and a seat by the fire, and let him listen to your resident poet or singer, if you are lucky enough to have one. When the guest tells his story, it may turn out that he is a murderer, in exile from his homeland.  It makes no difference. He is a human in need. You offer a comfortable bed for the night, and when the guest is ready to leave, you provide a lavish parting gift, and help with the onward journey—perhaps a pair of mules and a chariot, or a ship, for those who live on an island, or maybe a lift to the airport, as needed. After this initial stay, the two men are understood to be life-long guest-friends (xenoi); the visitor will invite his host to his own home one day, and repay his generosity. This inspiring ideal stands in shaming contrast to the way that strangers in desperate need are often treated in the contemporary world.

But the Odyssey also shows a keen awareness of the limitations of xenia. I deliberately used the male pronoun, “him,” to describe the guest, since in the world evoked or imagined by Homer, only men, and only elite, free men at that, can travel to new places and forge new bonds of friendships with other elite, free men. The only woman in the poem who visits a different household before returning home is Helen of Sparta, also Helen of Troy, whose trip abroad has some bad consequences. If female guests are bad, female hosts are sometimes even worse: they can be monstrous, liable to get the norms of hospitality terrifyingly wrong. Rather than giving the male guest food and drink, they may (like Scylla) eat him, or (like Charybdis) drink him; rather than entertaining him with music for an hour, they may (like the Sirens) entrap him forever. The mortal Penelope tries to be a good host to her husband, when he shows up in disguise; but her son cuts in and sends her upstairs, back to her place, and casts doubt on her ability to perform even the basic tasks of a good host. The Odyssey does not, then, imagine hospitality as a way to break down all social boundaries (between known and unknown peoples, between male and female, or between rich and poor); rather, it provides a very limited social mechanism by which well-born men from different places can connect with one another.

Moreover, even within these constraints, hospitality can go horribly wrong. The suitors barge into Odysseus’ home without asking, and Odysseus responds to his bad guests by being a notably bad host—one who, like the Cyclops Polyphemus, kills his unwelcome visitors. Reading the poem in 2017, we can see how precisely it maps the sensitive gray area between strangers and enemies, and the ways that people define their own identity and their own sense of belonging by connecting with a particular community, and by killing, excluding or silencing those who have supposedly failed to fit in with the “proper” way of life.

As the latest in a long line of translators of the Odyssey, I thought long and hard about my own role as the newest host for this much-traveled, mutable and much-turned poem. Many translation theorists—from the 19th-century German theologian Friedrich Schleiermacher, to the contemporary Lawrence Venuti—have argued that a translator, especially one who is translating into English, the hegemonic language of the world, has a duty to convey something of the strangeness of the foreign original. Homer is an immigrant to our culture, who has traveled a great distance through time as well as space.

I am myself an immigrant to the United States, and I feel proud to speak in a strange accent, to eat Marmite and drink tea with milk, and to view chipmunks, possums and raccoons as thrillingly exotic and peculiar creatures. I do not want to force Homer, our wonderfully alien foreign guest, into an entirely contemporary and entirely colloquial register. I keep his strange colors, his purple or indigo seas, his attention to sparkle over hue. I use a regular metrical beat, the iambic pentameter, to acknowledge, not to reproduce, the regular music of Homeric hexameter. I avoid using contractions (“didn’t,” “won’t”), to keep the register at a slightly different level from normal, everyday speech, and create a slight oddity in how the characters talk.

But I also believe that different literary visitors may require a different kind of welcome.  In the case of contemporary novels, readers often expect an entirely fluent, “domesticizing” translation style, on the assumption that imports from Japan, Nigeria, Russia or Sweden “ought” to deny their own origins in a different cultural and linguistic context, and speak “real” North American English. Given this set of expectations, it can indeed be useful for a translator to remind readers, at least to some extent, of the immigrant text’s true heritage. But in the case of ancient Greek or Roman literature, readers very often expect a certain kind of foreignness. They may expect Homer to speak in a monotonously grand, booming, macho voice, and to sound markedly “ancient”—an effect achieved by the trick of making him use archaic or unidiomatic kinds of English. They may also have particular expectations about the content of the Homeric poems, which are often assumed to be fairly simple celebrations of masculine power.

One could compare the expectations that people in the United States often have about particular groups of immigrants: Brazilians are expected to love dancing, Koreans are supposed to be respectful and hard-working, and I, an import from England, am expected to take an obsessive interest in the doings of the British Royal Family, and to have a minute knowledge of the distinctions between baronets, lords and dukes—subjects about which I am proud to know absolutely nothing.

To be truly welcoming towards a friend from a strange land, one should be willing to recognize that she may not fit one’s expectations. For this reason, I believe that creating a fluent, varied, sometimes markedly contemporary voice for Homer is a gesture of true hospitality, in contrast to the insistence of many translators that he must always speak in a particular kind of funny foreign accent. I hope that my translation gives Homer a newly humanized and audible voice, allowing him to tell his story even and especially when it is not exactly as we might expect. Our literature, as well as our nation and our culture at large, is richer when we welcome many different people and many different voices to participate and sit beside our fire.

Emily Wilson’s translation of The Odyssey is available now from W.W. Norton.

Emily Wilson is a professor of classical studies at the University of Pennsylvania. She lives in Philadelphia. Her new translation of The Odyssey is out now from W. W. Norton 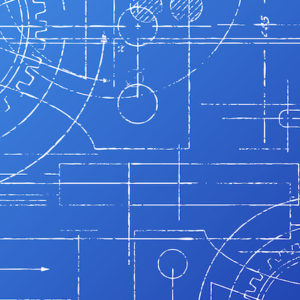 There is a reason why writers like the word “craft.” They evoke it as a kind of one-word incantation, a defense against...
© LitHub
Back to top