Cinder and Smoke in the Land of Jack London

J.P. Grasser on Facing Up to the Fire We've Started

It was a Monday, a “holiday,” and we were en route to pay homage to Jack London, to visit his gravesite and wade the tall, dry grasses of the land he so cherished—the land which no one owns, which everyone owns, which has subsisted on its own genius mechanisms since long before it was named or brought to bear fruit, since long before European grapes were planted in the arid soil.

We would not make it. We would instead be met with roadblocks, with fire.

In that way of quiet subduction, particular to some fathers, my own had pled with me for years, Read White Fang, it’s pretty good, though I think he meant I want you to love what I love. So, of course, I didn’t, and wouldn’t until much later.

It wasn’t White Fang, but “To Build a Fire” that first whet my appetite not only for London, but the literature of wildness, quite by accident and quite by force. My English teacher, Wayne Williams, had assigned it to his rowdy herd of 7th

-grade boys at St. Albans School, among which I was counted, though perhaps didn’t quite belong, awkward and shy as I was.

Still, Mr. Williams built that fire in me, that animal curiosity; remembering his pedagogy now is a kindling all its own—how he threw books across the room, not to be revered as the fragile epitaphs of long-gone genius, he intimated, but to be worn like a skin, to be weathered.

He didn’t read Ginsberg to us. He howled it (sorry, but still true).

He snarled passages from Richard Connell’s “The Most Dangerous Game” (“Instinct is no match for reason”).

He mewled Juliet’s final soliloquy (“So early waking, what with loathsome smells, / And shrieks like mandrakes torn out of the earth, / That living mortals, hearing them, run mad—?”).

I’d woken early, as I always do, and took Gus (our Border Collie-Husky mix) for a walk. I noticed the faint hint of smoke in the air and chalked it up to the cooler nights, to a nearby hearth-fire.

It was a Monday, and the traffic was no less terrible than usual. We were rear-ended waiting in line to pay the bridge toll, just a love-tap. It was a Monday.

The man from the accident leveled with me immediately, I’m so sorry, he said, I was opening my coffee. He gave me his insurance information and phone number, which began with a Las Vegas area code. I told him I didn’t care what he was doing. I told him my bumper was scratched, and that no one likes a scratched bumper.

Crossing the Golden Gate, the air hung fogged and vaporous, not unusual for a San Francisco morning.

There must’ve been something on the AM stations by then, but who listens to those.

Eventually, our phones would buzz with emergency alerts. We would see mobile construction marquees that simply read FIRE. We would see a metal guardrail keeled over, obstructing the highway—its wooden posts burned, disappeared, particles in air.

But the first hints of danger weren’t delivered by the technologies we so depend on. It was the animals, their instincts. Gus’s crazed and incessant sniffing in the backseat. The cows, laying prone in the fields, almost as if they were expecting rain. Almost.

Red-tailed hawks on every wire. A skein of vultures looping the sky. And when we understood, Maggie said, My god they’re eating the field-mice. The fire has flushed out the mice and the hawks are eating them. The vultures had come for the dead. And we understood.

Because you are wondering, I will tell you. It was the post-apocalyptic scene that the news has looped over and over. The ash, it fell like snow. The air was hewn and sepia. The faces of strangers were covered with surgical masks. The cars of gawkers were parked just wherever, really, so long as the spot leant itself to the photo-ops they craved.

St. Albans sits at a crossroads of religious and political powers, in the shadow of the Washington National Cathedral. I see now just how privileged I was to learn and struggle in that shadow, but then, I was (as my father is wont to say) none the wiser.

Four years after I would leave the Cathedral Close, an earthquake would crack the spires, repairs for which are on-going, a fact I was reminded of last night as I sat in the last pew of the Grace Episcopal Cathedral. I’d come for LitQuake’s Exalted Verse, a poetry reading.

I could barely see the performers, but my far-off seat was neither by accident nor by force. I wanted the longview. I wanted to rid myself of myopia. I wanted to feel silent and insignificant and powerless. I wanted to wear the poets’ words like a skin.

Kim Shuck, a poet and professor of Native American studies at SF State University, said this smoke, this air, we are breathing other people’s lives, and I thought of Philip Levine’s lines from “They Feed They Lion,” a poem partly inspired by the fires that burned during the 1967 Detroit Uprising:

And I was reminded of the drought-wrought fissures and cracks that run throughout the California hills I hike weekly, their deep shadows, their collectively-open maw.

And I thought of the cathedral’s ribbed vaulting, how its construction must’ve clouded the air with masonry dust, how the ribbing itself was intended to remind parishioners of their mortality—architecture as memento mori, as if the earth’s own architecture, its subduction zones and slip and strike faults, weren’t reminder enough.

And I thought of how they’ve found skeletal remains sometimes, sometimes just a synthetic hip-joint in a heap of cinder.

How we have always been breathing one another’s lives.

I woke early this morning, walked the dog, and waited for Maggie to come home from the nightshift she works as an ICU nurse, and when she did, she smelled like campfire, and it dawned on me then, as the orange light sharpened its claws on the whetstone of ash, that my choice of metaphor, my private snark, has been all wrong.

It isn’t just our naked-emperor who plays Nero in the analogy, it is me, too, fiddling with my phone, fiddling through my days without purpose or pity for the world I’ve helped to destroy, however small my role, however slow the destruction.

I am no one’s father, but what I am trying to tell you is this: Love what I love.

The firestorm is not merely relegated to the tall, dry grasses of Northern California. It’s everywhere. Let us do more than weather it.

When the man called to see if I’d filed an insurance claim, I told him I didn’t want a newly painted bumper, I wanted empathy for each other, for the land, which is wiser than anyone knows.

The scene from “To Build a Fire” that most got me back then, that I recall most vividly now, occurs near the story’s end. London’s protagonist squats in the snow and smacks and smacks and smacks his naked hand against his leg, his chest, his whole body. His dog lays by his side. He is freezing to death, but he is alive. He keeps smacking his hand on his body. He is trying, you see, trying to beat the feeling back into it.

A current Wallace Stegner Fellow in Poetry at Stanford University, J.P. Grasser is a doctoral candidate in Literature and Creative Writing at the University of Utah, where he also serves as Editor-in-Chief for Quarterly West. He lives in San Leandro, California, with his partner Marguerite and their dog Gus.

Currybooks: On Authenticity and Our Expectations of South Asian Writers 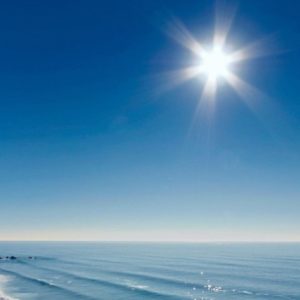 The following appears in issue 14 of The Common. * What if I told you some of the most enlightened women I knew in youth...
© LitHub
Back to top