On Drawing Power from the Sun in the Depths of Winter

The following appears in issue 14 of The Common.

What if I told you some of the most enlightened women I knew in youth took to the beach and spread oil across their shining décolletage in order to receive the divine? To place themselves in the present and in the path of nature, gazing for hours at an uninterrupted horizon?

Think of Buddhist monks in Tibet sitting cross-legged and naked in the wild, practicing g tummo, the art of inner fire, drying wet sheets on their bodies, melting snow with their minds. It is a matter of radiance and belief, harnessing the power of breath.

These women were, you see, skilled in the fine art of sitting. They were masters of stillness, hair drawn back into bows at the napes of their necks, ice melting in their insulated mugs, painted toes pushing mounds of sand away from their reclining chairs.

When I was a girl, my parents owned a small oceanfront condominium with green shag carpeting, a place that swayed on its stilts during the violent storms that lashed the North Carolina coast. Our downstairs neighbor would leave for the beach every morning before eight; we knew the sound of the rusted spring in her screen door expanding and snapping back on itself. She would tuck a folded chair under one arm, a plastic basket holding a novel and sunscreen in the other. She favored a certain spot south of the boardwalk, and once planted, remained there, unmoving for hours, the novel draped across her bronze knee.

The pier by our house jutted into the sea a half mile north; a Confederate fort with a rocky outcropping lay a half mile south. Some days the water was rust-colored with seaweed. The woman who sold candy bars and bait was missing three fingers, and sometimes I went down to the creaking pier just to look at her. Then I would walk to the end and look into the depths for sharks. They always warned women about sharks, told them not to enter the water when menstruating or wearing shiny jewelry, which they said could be confused with scales. Growing up, being a woman seemed like both a pleasure and a liability. It still does.

My mother sunbathed, too, and after my sister and I had worn ourselves out running between the pool and the ocean, we would settle in next to her on bright towels. Be still, she would say. Be quiet.

In college I read Hemingway’s posthumous novel The Garden of Eden. Something about Catherine—this newly married, androgynous character who cropped her hair shorter and shorter, dyed it white-blonde, and luxuriated in the sun—resonated with me. I cut my hair. I luxuriated in the sun.

Tanned skin used to be a sign of working in the fields, as my family generations back had once done in tobacco, until the working class mostly moved inside and Coco Chanel emerged with a tan after a Mediterranean cruise. Though I knew it was unhealthy, I relished the feeling of the sun seeping into my body. I never anticipated that one day I would live in New England, where the first bright day of spring sun would move me to tears.

When E.L. Doctorow reviewed The Garden of Eden, he called Catherine the book’s “major achievement,” writing that no other female character in Hemingway’s work is as “substantive and dimensional.” Catherine indulges sexual fantasy, has a touch of madness, and, to Doctorow, represents the “rudiments of feminist perspective” in Hemingway’s work. She is the kind of woman Hemingway only knew how to hate in his early novels and was perhaps attempting to understand.

Doctorow also writes of Hemingway’s habits, first evoking Flaubert, who said a writer had to sit quietly in one place, rooted in boredom, to get his work done. He notes that Hemingway had a knack for finding, then demolishing, solitude. Hemingway and his work gravitated toward the sea, and Doctorow recounts a scene from Cuba, when Hemingway, drunk at two in the morning and craving an audience, used the 512-pound marlin he’d hauled in earlier that day as a punching bag. I picture the great, silvery fish strung up from its tail, bleeding from the mouth, Hemingway wailing away at the body with his fists.

Sometimes, for me, the only way to peace is through exhaustion.

When you find yourself suffering, I’ve been told, you should activate the body’s natural pharmacy: laughter, orgasms, inversions, bright sun.

I take scalding hot baths in winter, a time of year in Vermont when I find myself mourning the sun, recreating its touch with lamps and steam. A friend recommends Kundalini music, and I turn it on as I immerse myself in water so hot it nearly burns my skin. But I find myself irritated by the nature sounds in the music. The prerecorded birds and waves do not draw me in; they pull me out. They are artificial to me, an approximation of the real that I once had.

I have tried to get it back, that feeling I had sunbathing as a child. I go to the beach alone and close my eyes, but there are deadlines, failures, daydreams, ambitions, slights. I recognize them, honor them, and start again. They return. I start again. One day, on the beach in Provincetown, I closed my eyes and was joined by two fat, sandy Chihuahuas who had broken loose from their owner. I let them bask with me for a while. I accepted them like rogue thoughts. I had given up on concentration.

“Sitting meditation is like returning home to give full attention to and care for our self,” Thich Nhat Hanh says. “We let our mind become spacious.” During those long stretches of sunbathing with my mother, I came to feel as though I reached some sort of stasis with my environment. Eventually, with enough sun, I would fall into an altered state, and I recognize that now as the state to which I would like to return. I was close to the people I loved, my skin was warm, and the sound of the waves relaxed me. I closed my eyes. My breathing slowed. I could sense each beam on the other side of my eyelids, the shadow of a passing bird.

I slept well during those summers, though my eyes often ached from opening them in the heavily chlorinated pool water that turned my blonde hair moss green. The chlorine gave every light I looked at a moonbow—the pendant over the dinner table, the streetlamps, the sun all ringed with hazy light. I loved those humid, passive days, reading mass-market paperbacks, watching gulls ride a plume of warm air.

You are a child of the sun, Thich Nhat Hanh says. You come from the sun. One of those days I allowed myself the pleasure and pain of looking straight at the sun, though my parents told me not to. I lay on the towel and stared at the star that gives us life and scorches our eyes.

My meditation instruction suggests that I stop striving and aim to achieve non-self, to live in the present—but these ideas are often at odds with my life, the hard work and planning I feel I have to undertake in order to challenge certain conventions I find untenable.

These days I am searching for a place of stillness and non-fear. “If you can feel that Mother Earth is in you,” Thich Nhat Hanh says, “and you are Mother Earth, then you are not any longer afraid to die because the earth is not dying.” There was a time when that statement must have seemed true, but the earth feels less resilient, and the sun burns hotter than it did when I was a child. 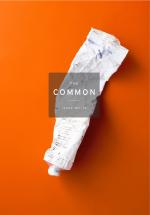 From issue 14 of The Common.

Cinder and Smoke in the Land of Jack London 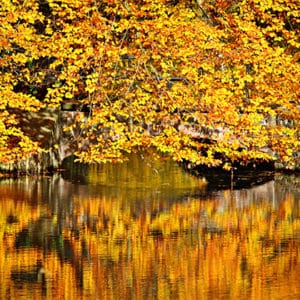 The following are entries from Will Dowd's weather journal written over the course of one year. On Happiness (June) All...
© LitHub
Back to top