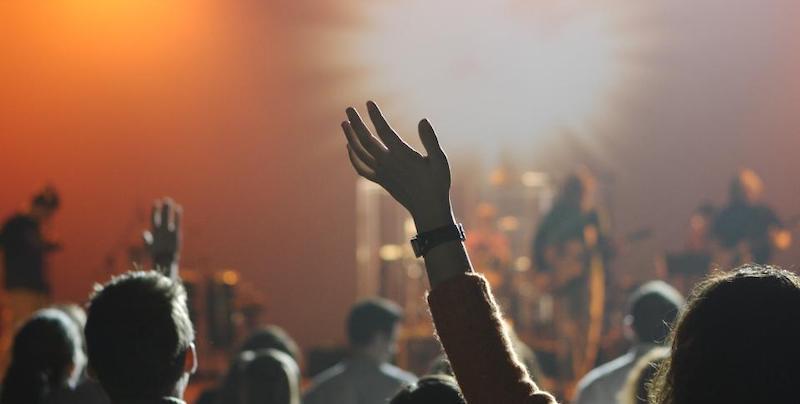 “My style is no style, which I think is the best style.”

I would guess about half the people who read The Nineties will remember the 90s as something that seem like it was just outside their reach. I’m 50, or going to be 50, and when somebody talks about something from 1994, it doesn’t seem like a long way away from me, but then the other half of the audience are people who didn’t experience it at all, or who were born in the 90s. I understood that the audience would be bifurcated between people who wanted pure criticism about these memories and people who wanted explanations about what these things were.

So how do you go about that? Well, you ask yourself, What did I think was important about this period? And then, when you come up with an answer, you go, Well, why would I think that? The initial response to memory is emotional. It’s an organic thing. It’s like, something feels important because it does, for lack of a better term. It just kind of does. And then you start asking yourself, Well, why is that? And then you get an answer: Well, I think it was important because it sort of reflects the way the average person thought at the time. And then you say, Why did the average person think that way at the time? And is it even true? You just keep asking those questions. You re-question every new question until you get down to nothing. I guess that’s how I do it.

I will admit, I don’t consciously think about that while I’m doing it. Truthfully, my style is no style, which I think is the best style. I just sort of think to myself, what is the best way to get from point A to point B? And that’s what I do. It doesn’t have anything to do with what I’ve written before or what I’ll write later. You have all these thoughts in your mind, almost like a ball of yarn: all the ideas you have, all the opinions you have, all the perspective you have. And then the writing process is straightening out the yarn and slowly unwinding the ball.

I try not to get into an inflexible mindset that this is how it must be done or this is the right way to do it. If I was a musician, I suppose I would be the kind of person who didn’t ever really take lessons, who just sort of sat in the garage and played the harpsichord until it seemed to be the way I like the harpsichords to sound. (I have no idea why I would use harpsichord as an example! I have no relationship to harpsichords.)

Everything in the rearview mirror seems to be the opposite of what it was.

When you go back and you look at a time period, all the major things seem like not that big of a deal now, and all the insignificant things seem like we underrated them. Anything that was popular somehow seems less significant now, and anything that was a part of the counterculture—well, now it seems like it is the culture. Everything in the rearview mirror seems to be the opposite of what it was.

My goal was not to write about the 90s as we think of them today, but to write about the 90s as they actually were. So instead of, say, interviewing somebody from Pearl Jam or Nirvana now about remembering that period—which, of course, would be filtered through the lens of all their other experiences—I wanted to go back and see what was being written about and said at the time. When I wrote about Bill Clinton, I tried to write about the way it seemed in the 90s, not the way we’ve recreated his legacy. Because the 90s were not that long ago, that was still possible. I felt like I could kind of go back and recreate the texture and the feel of the period. That was my hope. 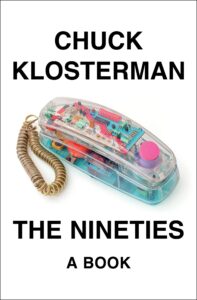 The Nineties by Chuck Klosterman is available via Penguin Press.

Chuck Klosterman is the bestselling author of seven nonfiction books (including Sex, Drugs, and Cocoa Puffs and I Wear the Black Hat) and two novels (Downtown Owl and The Visible Man). He has written for The New York Times, The Washington Post, GQ, Esquire, Spin, The Guardian, The Believer, Billboard, The A.V. Club, and ESPN. Klosterman served as the Ethicist for The New York Times Magazine for three years, appeared as himself in the LCD Soundsystem documentary Shut Up and Play the Hits, and was an original founder of the website Grantland with Bill Simmons. He is a native of North Dakota and currently lives in Brooklyn with his wife, Entertainment Weekly TV critic Melissa Maerz.

Maeve Higgins on the Toxic Power of the Political Euphemism 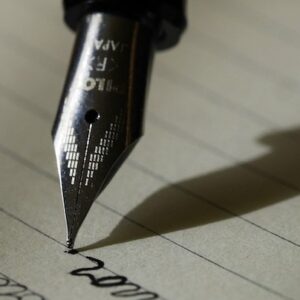 As a mental health counselor working toward licensure, it’s my job to learn to understand the experiences of other people....
© LitHub
Back to top
Loading Comments...