The Inaugural Winner of One Book, One New York

Attention: the book that you and all your friends will be reading next is—obligatory drumroll here—Chimamanda Ngozi Adichie’s Americanah. Adichie’s novel, the story of Ifemelu and Obinze, two young Nigerians in love who take very different journeys to the West and back again, has been named the winner of the One Book, One New York initiative, which hopes to connect New Yorkers by encouraging them to all read the same book at the same time. (You may have noticed ads for this on the subway. You may have even voted!) According to the Mayor’s Office of Media and Entertainment, almost 50,000 votes were cast during the month of February, and Americanah has emerged victorious. (Though for the record, you should also read all the other finalists: The Brief Wondrous Life of Oscar Wao by Junot Díaz, Between the World and Me by Ta-Neshi Coates, A Tree Grows in Brooklyn by Betty Smith, and The Sellout by Paul Beatty.)

In the coming months, New Yorkers will have the opportunity to talk about the book and engage with its themes in a number of free, open-to-the-public events, including a panel discussion of the novel moderated by Touré, an evening of immigrant stories at the New York Public Library with Min Jin Lee and Simon Winchester, and a Paris Review-hosted salon toasting Americanah in their Chelsea event space. In addition to the extra copies of Americanah that Penguin Random House will be donating to libraries across the city, Scribd will be offering free, 90-day access to the audiobook version of the novel to all New Yorkers.

Below, watch Chimamanda Ngozi Adichie’s thank you to New Yorkers for choosing Americanah as the inaugural One Book/One New York pick, and then run out to your local bookstore or library and get reading! 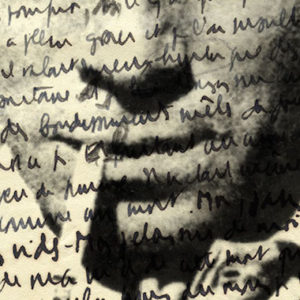