Nicholas Reynolds on the Relationship of Two Mid-Century Icons

Fidel Castro’s recent death has stirred up old memories of the many ways he antagonized members of the American establishment, from Dwight D. Eisenhower to George W. Bush, for decades. But there’s another famous American well known to Castro, who only reluctantly turned his back on the revolution: Ernest Hemingway.

When the communist government of Cuba issued a postage stamp that featured a portrait of the great writer in 1964, Hemingway’s widow Mary wasted no time before passing word to J. Edgar Hoover through an intermediary, the prominent journalist Quentin Reynolds, who was on good terms with both Mary and Hoover. She wanted the FBI director to know that the stamp did not mean that Hemingway had supported the revolution. On the contrary, she insisted, Hemingway and Castro had only met once, for a few minutes in May 1960, and all they did then was chat about fishing. That was all there was to their relationship. “Period,” she concluded.

Mary’s message did not meet the threshold for the aging voyeur, who loved to mind other people’s business, especially if they might turn out to be deviants or subversives. Hoover had looked at Hemingway in the past, and he had not liked what he saw. In 1942 an FBI special agent in Havana reported to Washington that the writer had introduced him as a member of the American Gestapo, and generally gone out of his way to attack the Bureau. Hemingway did in fact have colorful nicknames for the G-men like “Franco’s Bastard Irish.”

Hoover did not care for leftists or fellow-travelers any more than he liked bank robbers, but there was one thing worse: anyone who threatened the reputation of the institution that he had created in his own image. The director fretted that Hemingway would one day savage the Bureau in one of his books, perhaps even ridiculing its agents and their work. But that had never happened, and Hemingway was now dead. So this time, in 1964, the director was able to shrug his shoulders, at least figuratively, and pen a magnanimous note for the record on the margins of Reynolds’s letter: he knew the writer had not been a communist, only a rough, tough guy who liked to stand up for the underdog.

Why did Mary take the odd step of reaching out to Hoover? What was she afraid of? More cautious than her late husband, she was probably just protecting his reputation, and trying to forestall any speculation, official or otherwise, that he had been a communist sympathizer—a stigma that most Americans wanted to avoid in the early 1960s. The Hemingways had, after all, lived in a country that was now a Soviet satellite, and counted many of its citizens among their friends, to say nothing of all of the other fellow-travelers and communists they had known over the years. She may even have been trying to protect her own reputation. In her memoirs she told the story of how she had once offered to intercede with Castro on President Kennedy’s behalf only to be rebuffed in an ominous way. She has the President telling her (somewhat uncharacteristically) that she was not suited for the diplomatic mission because she was politically unreliable.

But Mary’s action in approaching Hoover does raise the question—just what was Hemingway’s relationship with Castro? And what did the writer think about the leader whose passing these many years later has alternately been mourned and celebrated?

In 1940, after the Spanish Civil War, Hemingway settled in Cuba. He first cruised over to the island for the fishing without parallel in the Gulf Stream that brushed the coast near Havana. Then, step by step, he fell in love with the country: not far from the United States but different enough to be exotic. He learned that a wealthy foreigner could live on the island on his own terms. The ramshackle but charming old farmhouse that he bought on a hill outside Havana became the place he called home longer than any other. From Finca Vigia—roughly, “Lookout Farm”—he surveyed local culture and politics.

The expatriate writer had a tendency to see events in Cuba through the prism of his experiences in Spain. The civil war there had been one of the pivotal periods in his life; now bitterly opposed to right wing dictators, he was ever after instinctively drawn to anyone who dared to fight against them. As early as 1947, he began actively to support various Cuban revolutionaries, offering them money, shelter, and advice. At this remove, it is hard to know just how much he committed to anyone, but it was enough to make him worry from time to time about being arrested or deported. About Castro the revolutionary—originally anti-imperialist and non-communist—Hemingway liked what he heard and was vocal in his praise for the young leader after he seized power in January 1959.

In the months that followed, Hemingway proved more than willing to make excuses for the revolution, even when the Castro brothers started to execute their opponents after raucous show trials in the national stadium. Hemingway went so far as to offer detailed advice to Castro on how to deal with the American press when the latter was on the point of traveling to the US in April 1959, for what turned into something of a victory lap, with welcoming crowds at almost every stop—so different from the confrontational tone of his second visit to the US a year and a half later, when he literally embraced Soviet Premier Nikita Khrushchev at the UN in New York.

Even after US-Cuban relations soured, with Castro’s heated denunciations of the evil empire to the north, and Eisenhower’s relatively low-key responses, Hemingway held out hope for the future. He agreed with his old friend, the New York Times reporter Herbert L. Matthews, that there was still something “precious” about the Cuban revolution, and that that something needed to be preserved. The man who had witnessed other revolutions told friends that he was taking the long view, confident that the revolutionary excesses would taper off and that the new regime would care for the average worker who had been neglected by the ruling class for centuries.

Knowing Hemingway’s attitude, Castro made an exception for him—declaring that the famous writer was one Yanqui who would always be welcome on the island. But that turned out to be something that Hemingway could not tolerate; he told his young friend A. E. Hotchner in the summer of 1960 that while Castro did not bother him personally, he could not rest easy while the revolution vilified the US and forced other Americans out of the country. This was one of the reasons why Hemingway spent the last months of his life in Idaho before committing suicide in July 1961.

So would Hemingway have joined those who mourned or those who celebrated Castro’s death? It is of course impossible to do more than extrapolate from what he said and wrote between 1959 and 1961. He would likely have continued to lament the deterioration of Cuban-American relations, and to give Castro the benefit of the doubt whenever possible. He might have approved of the way Castro proceeded to reorder Cuban society, improving access to education and medical care. When challenged, he might have countered that the show trials and executions had not been characteristic of this revolution. He would have been wrong. The number of trials tapered off, but killings and repression never stopped. A dictator is a dictator, whether on the left or the right. We Hemingway aficionados are left to speculate that, had he lived, the man from Illinois who, from the first, had dedicated himself to examining every side of story, to writing truly, would one day have been as willing to take a hard look at all of the consequences of Castro’s dictatorship.

With a from PhD from Oxford University, Nicholas Reynolds joined the United States Marine Corps in the 1970s, serving as an infantry officer and then as a historian. When not on duty with the USMC, he served as a CIA officer at home and abroad, immersing himself in the very human business of espionage. Most recently, he was the historian for the CIA Museum, responsible for developing its strategic plan and helping to turn remarkable artifacts into compelling stories. He currently teaches as an adjunct professor for Johns Hopkins University and, with his wife, Becky, cares for rescue pugs. 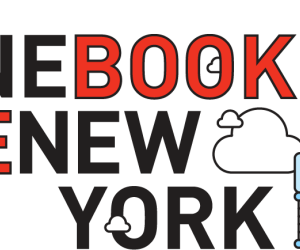 Attention: the book that you and all your friends will be reading next is—obligatory drumroll here—Chimamanda Ngozi...
© LitHub
Back to top