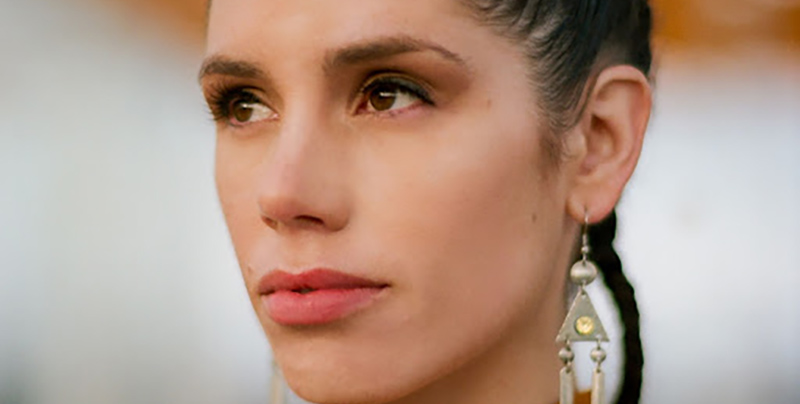 Chelsea T. Hicks on the Stories and Wazhazhe Language in A Calm & Normal Heart

On Episode Five of Ursa Short Fiction, Deesha Philyaw and Dawnie Walton dive into the short stories of the acclaimed new collection A Calm & Normal Heart, with its author, Chelsea T. Hicks.

Hicks is a member of the Osage Nation, and the collection, published in June 2022 by Unnamed Press, also incorporates her ancestral language of Wazhazhe ie (which translates to “Osage talk”). The collection opens with a poem in the orthography, along with the Latinized spelling and English translation.

my functional heart, where are you?
what turned you into an empty glass
is it that I love the spiders & am like one wherever I go making my house
I have only to wait & all things come to me & therein break their necks
but a calm & normal heart
where does that come from?

“When you build muscle, they say, you break the muscle just a little and that is what causes it to grow. That’s what I wanted to do with the language.”

*
On the themes around home in A Calm & Normal Heart:

The phrase na’tse wacpe can mean a strong heart or a calm and normal heart. It can also refer to a band of Wazhazhe people called Heart Stays. I’m really interested, in the collection, in this question of who stayed home and who left, and why? How did that create divisions? Where is home? What is home, and what is a person trying to make a home have to do to achieve that?

And is there a type of heartlessness in setting boundaries that changes oneself?

*
On singing in bands and how that translated to the music in her stories:

I used to be in bands and I would be the frontwoman and the keyboardist and the lyricist, if not the songwriter sometimes. And when I lost my last band in 2017, it was so shattering to my coping mechanisms … I lost that time of just kind of like howling and singing and emoting. I just put it more into my writing that at least my characters would listen to music and be in bands.

*
On mothers and ‘messy women’ in literature:

Hicks: So Florence [a character featured in two stories]… I’m really thanking you for saying that you love her, because what I heard from publishers was like, This character is just not likable.

Walton: That’s my favorite thing! I mean, how could anyone read that character and not have empathy?

Philyaw: You know, we hear this from other writers in publishing, and I certainly heard it with the mother character in my story, “Peach Cobbler,” that there is a resistance to mothers who aren’t motherly, who aren’t a hundred percent kind, who we can’t deify. And it’s such a loss. Because I think many of us are hungry for literature that features those mothers.

*
On how Hicks incorporated the Wazhazhe ie language into her collection:

I really hope that what I’m doing with the language here is sensitive and compassionate. And also I do want to be supportive, to expand the ways we think about our language in that it’s not just for ceremony and it’s not just for language class, it can be in literature and ever-growing in our daily lives’ conversation.

*
On her decision to enroll in the Institute of American Indian Arts:

It was something I needed, sorely, because I think growing up mainly away from the Osage Nation in southern Virginia and staying sometimes with my iko, or as we call grandma, in Bartlesville (Oklahoma), sort of like a rez border town, I had enough cultural and tribal connection to not feel like somebody could tell me I didn’t belong or that I was an outsider, but also enough disconnection that I was still treated sort of like, Oh, you’re not from here, when I was home in the Osage.

It was so impactful to have a sense of Native community and that I felt like writers there really supported each other, wanted each other to succeed. It felt like a family. And I made the intentional decision to choose mentors who were all Native women, because my dad is my Native parent.

A Calm & Normal Heart • “Of Wazhazhe Land and Language: The Ongoing Project of Ancestral Work” (Lit Hub) • Osage writing system and orthography • There There by Tommy Orange • Invisible Cities by Italo Calvino • Night of the Living Rez by Morgan Talty • America Is Not the Heart by Elaine Castillo • Men We Reaped: A Memoir by Jesmyn Ward • Heads of the Colored People by Nafissa Thompson-Spires • Milk Blood Heat by Dantiel W. Moniz • Nobody’s Magic by Destiny O. Birdsong • You Don’t Know Us Negroes by Zora Neale Hurston

Chelsea T. Hicks is a model, author and current Tulsa Artist Fellow. She is a Native Arts & Cultures Foundation 2021 LIFT Awardee and her writing has been published in McSweeney’s, Yellow Medicine Review, the LA Review of Books, Indian Country Today, The Believer, The Audacity, The Paris Review, and elsewhere. She is a past Writing By Writers Fellow, a 2016 Wah-Zha-Zhi Woman Artist featured by the Osage Nation Museum, and a 2020 finalist for the Eliza So Fellowship for Native American women writers.

Her advocacy work has included recruiting with the Virginia Indian Pre-College Outreach Initiative (VIP-COI), Northern and Southern California Osage diaspora groups, and heritage language creative writing and revitalization workshops. She authored poetry for the sound art collection Onomatopoeias For Wrangell-St. Elias, funded by the Double Hoo Grant at the University of Virginia, where she was awarded the Peter & Phyllis Pruden scholarship for excellence in the English major as well as the University Achievement Award (2008-2012). The Ford Foundation awarded her a 2021 honorable mention for promotion of Indigenous-language creative writing. She is planning an Indigenous language creative writing Conference for November 2022 in Tulsa, funded by an Interchange art grant.

The Hotel Nantucket by Elin Hilderbrand, Read by Erin Bennett 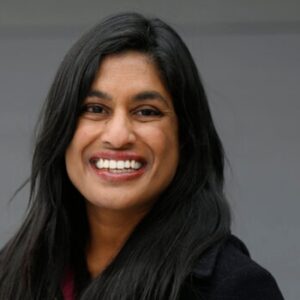