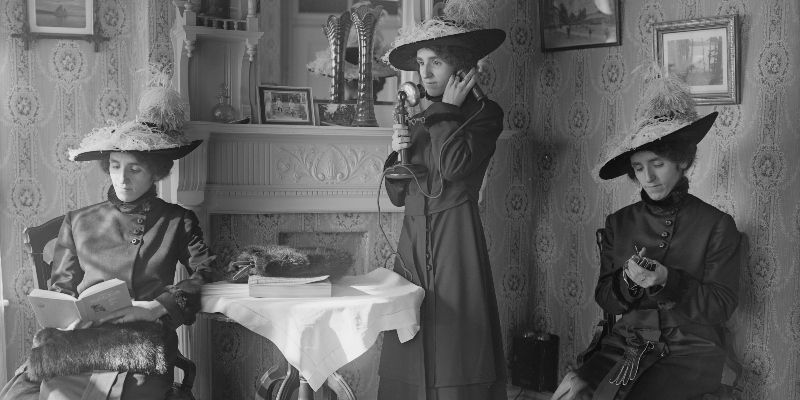 In the third installment of Chekhov’s Four Major Plays, Jacke takes a look at Three Sisters, which tells the story of three sisters living in a provincial capital and longing for Moscow.

Jacke Wilson: Three Sisters was the first play that Chekhov wrote specifically for the Moscow Art Theatre, and he was involved in the preproduction. He attended an early reading, and he was furious. Stanislavski said, “After the reading of the play, some of us, talking of our impressions of the play, called it a drama, and others even a tragedy, without noticing that these definitions amazed Chekhov.” Years later, Stanislavski recalled that afterwards he went to Chekhov’s hotel and quote, “I do not remember ever seeing him so angry again. But the real reason for Chekov’s anger was that he had written a happy comedy, and all of us had considered the play a tragedy and even wept over it. Evidently, Chekhov thought that the play had been misunderstood and that it was already a failure.”

A happy comedy, a tragedy—weeping over it. It’s not at all clear that Stanislavsky isn’t just exaggerating this incident years later. It’s not likely that Chekhov saw it as a happy comedy. He even himself called it a drama. He compared it with a novel. In a letter, he wrote, “Three Sisters is finished. The play has turned out dull, protracted, and awkward. I say awkward because, for instance, it has four heroines and a mood, as they say, gloomier than gloom itself. My play is complex, like a novel, and it’s mood, people say, is murderous.”

And so, we see the problem for a director. If you play it for laughs, you can miss the drama or the tragedy. If you play it as lugubrious, you can miss the lightheartedness. How do you get the balance? And if genre is a problem, theme is even worse. What is the play about? We can say it’s about life as it really is, but what does that mean? Does it mean that life is absurd? Is this Samuel Beckett waiting for Moscow? It might be related; it might be an inspiration for Beckett, but it’s not exactly the same. Beckett was writing after the Holocaust and had a much bleaker outlook on life. Beckett was deeply pessimistic in a way that Chekhov isn’t.

On the other hand, Bolsheviks pointed to Three Sisters and said he was foreseeing the glories of the revolution. Chekhov was predicting with hope exactly what we brought about. And they point to a character in Three Sisters in a speech that says, “The time has come”—now, remember, this is 1901 that this is being produced, and the character in the play says, “The time has come. An avalanche is moving down on us and a great storm’s brewing that’ll do us all a power of good. It’s practically on top of us already. And soon it’s going to blast out of our society all the laziness, complacency, contempt for work, rottenness, and boredom. I’m going to work. And in 25 or 30 years time, everyone will work. Everyone will work. Everyone.”

You can see where the Bolsheviks thought, that sounds like us. These provincial aristocrats were just waiting for the meaning in life that we provided. But so much in the play undercuts that view. And if we just select that quote, we’re not getting at the meaning either. It distorts the play’s meaning to suit the Bolsheviks that way, as critics quickly pointed out. So, what is it? Hope for the future or despair for the present?