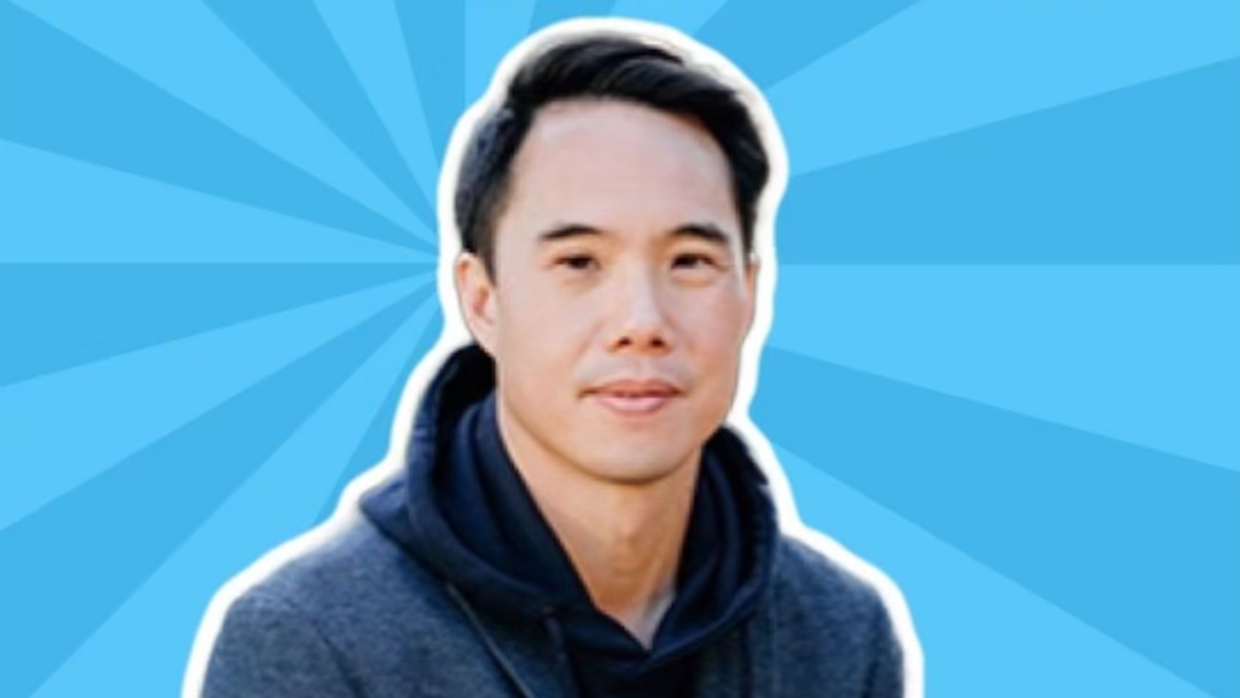 Charles Yu: Our Relationship With Time is Changed Forever

Charles Yu is an author and screenwriter who has won the National Book Award & also written for Westworld. Charles and Gabe chat about whether Charles’ book Interior Chinatown will be made into a show for Hulu. Charles gets real about the surge in hate crimes against Asian Americans in recent years and the psychic toll these attacks have had. What does Pandemic Brain mean to Charles? And why does time feel like it has gone into Salvador Dalí mode? Charles and Gabe really crack open their hearts, but they also manage to squeeze in some good jokes too.

That feeling when you win a @nationalbook award and forget to thank your family.

Charles Yu: I think about not thanking them pretty often. Still multiple times a week. And sometimes they’ll remind me.

Gabe Hudson: I just touched the wound a little bit with this tweet.

Charles Yu: Yeah, but it’s good. I can’t let it close up. It has to stay fresh.

Gabe Hudson: Who brings it up more? Your wife or your kids?

Charles Yu: I bring it up.

Gabe Hudson: Because you’re sensitive, right? I’m sensitive. I’m haunted by all kinds of weird stuff in my life. Do you get the feeling that you remember a lot of things that everybody else that was present for that just have completely forgotten? But you’re the only one retaining that memory because you feel guilty about something?

Gabe Hudson: And you’re the keeper of that memory. No one else remembers it. But in your mind, it’s very alive, right?

Charles Yu: This is getting uncomfortably close to home. You’re describing a significant percentage of my interior life.

Gabe Hudson: How are you feeling in your relationship to time these days?

Charles Yu: I’ll be honest. It’s not in the best place. I think something has really fundamentally changed for me that I just am really wondering if it will go back. I don’t know if it’s coming out of the pandemic, if it’s climate change, if it’s everything that happened during the pandemic.

Gabe Hudson: But I mean, let’s say the huge epidemic of hate crimes against Asian Americans, which has just been one of the most horrific and disgraceful things I’ve seen in my lifetime.

Charles Yu: I appreciate you bringing that up. That’s definitely high on the list. And on some fundamental level, it feels to me like either something was revealed or something broke. Part of me just sort of feels like nothing is quite real in the way that it used to feel real. That includes time a little bit and everything has been like recalibrated, right? It’s weird. And that recalibration kind of makes me question so much of what’s going on underneath, because I’m pretty positive person in general.

Gabe Hudson: I’ve been struggling with mental health these last couple of years. I’m taking anti-depressants, the whole shebang. So I’m just curious, what are you struggling with in your mind?

Charles Yu: I do see on Twitter a lot of your tweets, and I always appreciate your candor. You also are funny and you say things that make me feel like, oh, okay, Gabe is out there. Like you’re saying, the role reversal, it was another in just a long list of things that feels so hard to … it really started like March 2020 when everything shut down. It’s like, Oh, this is all just things kind of fraying, like things breaking down that seemed like bedrock, you know?

Gabe Hudson: I know that you had a relatively successful and long career as an attorney before writing full time. You were publishing books then but you’re more than acquainted with the laws and what’s going on.

Charles Yu: I did try to read the Dobbs decision and of course, all of the news around it. It does feel like we’re in science fiction and dystopia. There’s a little bit of a buffer between reality and me, because we live in t*-he suburbs, and I am a very privileged person in a lot of ways, very comfortable.

Gabe Hudson: I always think of us as very, very similar sensibility. And, you know, we have an antenna that is quite sensitive and more sensitive than anything else. Like we probably cry a lot on, you know. In our life we’ve cried a lot in a room by ourselves.

Charles Yu: Yeah. And I did crying in the room. Go eat a sandwich. Come back in there. Cry a little bit, do some work.

Gabe Hudson: I think the crying is good, like it’s healthy. I always feel better after I cry. I’m also surprised at how easily I cry. Like my eyes will just wet up in a heartbeat.

Charles Yu: There are definitely stretches where it was like that. I mean, I definitely sometimes feel better. Sometimes where it’s like, you know, it just keeps going. It’s like, oh, I thought I kind of cried it out now.

I am honored and excited to be partnering with @TaiwaneseAm_org in creating these student writing prizes which we hope will foster creativity and community. I’m also thrilled and grateful to @shawnayangryan for agreeing to be a judge this year. Details in the link below! Thanks! https://t.co/GoGhgxZclg

Gabe Hudson: So you’re first generation. How was that experience for your parents and for your family?

Charles Yu: I think based on all the stories they’ve told me, it was difficult, but also really formative. In some ways they still talk fondly about certain aspects of their early years here and of course, they were young and full of ambition and hope and energy. My dad came like a lot of people came after the the Hart-Celler Act lifted quotas. Previous to that, for decades and decades, there was hard quotas, like somewhere between 100 and 180 people were allowed in from certain list of country of Asian countries.

In 1965, the Immigration and Nationality Act lifted those quotas. For instance, he came on a grad student fellowship in engineering, because I think there were certain fields where if your area of expertise or knowledge was attractive basically to the U.S. You could also come through family sponsorship. So that’s how my mom came. I believe they both made their way here in the sixties. They both immigrated in the sixties. Both ended up in the South. My dad, Mississippi, my mom, Alabama.

Gabe Hudson: They came independently. They did not know each other when they came over.

Gabe Hudson: They met in the South?

Charles Yu: That’s a good question. They wrote letters to each other, which I think is very cool and then actually kind of courted that way, I guess. And then they settled in L.A. If a song comes on the radio, you know, from like the seventies.

Gabe Hudson: And they kind of catch their groove?

Charles Yu: Catch their groove … that doesn’t happen in our family. But definitely, yeah, it’s their memories.

I wrote an op-ed for the @latimes about anti-Asian harassment and violence #StopAAPIHate https://t.co/FVW94DDNCu

Charles Yu: I do worry about it. I think less for myself, more for my family members. I think for yourself, you’re always thinking I can handle it, you know? But the idea of a kid, especially, or my parents, you know, my dad just said that he looks out for it now. That’s weird to hear him say it because he definitely wouldn’t have said it a couple of years ago. But even during some of this time in 2021, I asked him, well, I think where we are, it’s pretty okay. It’s pretty insulated.

But weirdly, I don’t know if it’s cumulative or it’s also he’s continuing to age and he feels more vulnerable, to hear him say that was surprising. And I think that’s what this piece was really about. You know, you read the title and there is a sense in which I’m first generation, in a sense, I was the first generation born here. But my parents are Americans. And they love this country. You know, my dad’s been here almost 60 years. Right? This is his home.

Charles Yu is the author of four books, including Interior Chinatown (the winner of the 2020 National Book Award for fiction), and the novel How to Live Safely in a Science Fictional Universe (a New York Times Notable Book and a Time magazine best book of the year). He received the National Book Foundation’s 5 Under 35 Award and was nominated for two Writers Guild of America Awards for his work on the HBO series, Westworld. He has also written for shows on FX, AMC, and HBO. His fiction and nonfiction have appeared in The New Yorker, The New York Times, The Wall Street Journal, and Wired, among other publications. Together with TaiwaneseAmerican.org, he established the Betty L. Yu and Jin C. Yu Writing Prizes, in honor of his parents.

Feast Upon These 7 Sumptuous SF and Fantasy Books This November 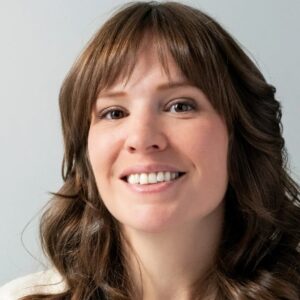 Legendary comic artist and writer Kate Beaton drops into the Damn Library and talks about her monumental achievement — her new memoir,...
© LitHub
Back to top