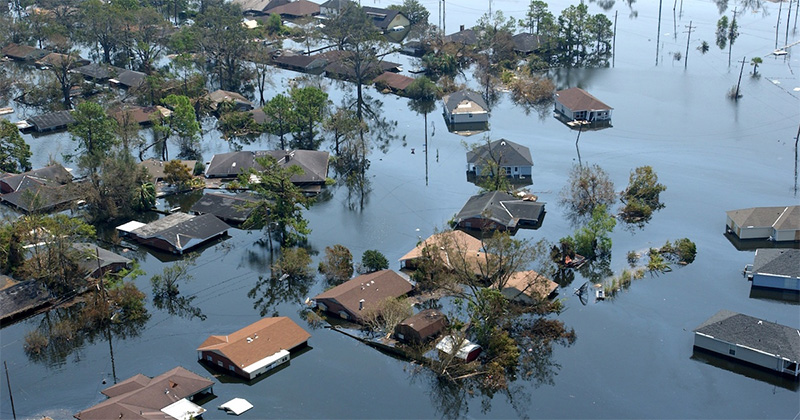 An eerie suspense hangs over the country following the recent bout of hurricanes. Seas are rising, spirits are falling. Awareness is dawning that we are headed for self-destruction by carbon, full-steam ahead. The dystopian novelist Kim Stanley Robinson suggests that the has arrived way ahead of anyone’s hunch or schedule. He has written that future in vivid detail in New York 2140–Manhattan is half-drowned and gentrifying again; people surf the waves between Herald Square and Central Park. By now, it seems to be a plausible future.

Kim Stanley Robinson: Sea level rise is one of the hardest things to predict, as it’s a matter of ice perched on Antarctica, determining how quickly will it melt and slide off into the sea. James Hansen and 18 co-authors published a paper last year indicating that in the historical past, the Paleolithic past, there were times when a slight rise of temperature–which we’ve already achieved–resulted in a massive sea level rise. They’ve made a case that is not compelling, but it is suggestive.

A 50 feet sea level rise seems radical, but if all the ice on the planet were to melt, it would rise 220 feet, so it really isn’t. I chose 50 feet to get lower Manhattan underwater all the time (by that I mean from about the Empire State Building south to Battery Park).

CL: I know you’re a student of the postmodernist Fredric Jameson, also a Philip K. Dick fan. What would you say you’re coming from? Not exactly science—what is it?

KSR: I’m an English major. I’m an American leftist. My political education comes from Fredric Jameson and from the ‘60s, ‘70s American left, anti-Vietnam California hippie. Also Gary Snyder and his Californian Buddhism is an important component of my thinking. I’m a member of the science fiction community. All these things have helped to form me.

CL: How does that community behind you, your reading, your life, affect your vision do you think?

CL: What’s driving us these days?

KSR: What’s driving us is quarterly profit and shareholder value. We are in late capitalism, and the free market took over about the time of the Reagan-Thatcher counterrevolution against the New Deal. We have been under the belief system that the markets will figure everything out correctly, essentially calling the markets the king and becoming citizens of a monarchy that is money. Everything is enterprised. We’re wrecking people’s lives and the environment; we’re systematically cheating future generations in a kind of a universal, multi-generational Ponzi scheme. We don’t pay the full cost of what we do, and future generations will have to.

You can’t really call the next stage of the world economy any name that we’ve ever used before without bringing in all kinds of historical baggage. It should have aspects of socialism because we need to socialize risk. We need to socialize necessities: food, water, shelter, clothing, healthcare, education. All these are things that everybody has a right to.

CL: The injustice of it is so stark and obvious, especially in the storms that happened this year. What are we learning from this?

KSR: It depends which story you believe. The dominant free market story crashed badly in 2008. It should have led to a complete “emperor has no clothes” type realization that we need a new system. But a lot of people tried to go on as if 2008 hadn’t happened, that it hadn’t revealed the inability of capitalism to take care of us. Nevertheless, that was a huge crack in the edifice, and now we are in this moment of uncertainty of trying to figure out what comes next. One reaction has been Trump, a kind of reaction to say, “We need to blow up the system, and we’ll use a fool to do it because we don’t have any other tool.”

CL: Can you say which narrative is winning at this point or draw pictures of the worst and the best possible futures?

KSR: I think we’re on a fence, and you can’t say who’s winning. This is part of the unpredictability of the future, but there’s a lot of hopeful signs. The Paris Agreement was huge. It was a historical moment that will go down in any competent world history, even if it’s written 5,000 years from now. That moment when the United Nation member states said, “We have to put a price on carbon. We have to go beyond capitalism and regulate our entire economy and our technological base in order to keep the planet alive.”

There is a worldwide awareness of the situation; this is a great positive. But, against that? Power and money. The superrich need to realize they can’t escape to a mansion island, that their kids are going to be just as screwed as everybody else’s kids. This is the story that has to be told, and this is the battle that we’re in.

CL: Can you share your vision of what will happen when the fence collapses?

KSR: I mean there’s the simple utopia-dystopia. The utopia is that we actually get a grip and create a sustainable civilization that’s in balance with the planet, and that means that fully eight billion humans could live adequately and happily with the rest of the biosphere. There would be E.O. Wilson’s half earth idea that a lot of land should be left to other animals while humans congregate in cities. There would be clean tech, social justice, women’s rights–which actually stabilizes population very quickly—and a post-capitalist system that regulates all this and makes it work. That’s the utopian possibility that is quite possible in terms of physics.

The bad one is simply a mass extinction event where we kill off all the large mammals except for our own domestic beasts and we ourselves are hammered. Agriculture goes south. The oceans go south. After the first food crisis, world culture would become so stressed that it lead to a fight of all against all. It would probably be so bad we’d only have a few decades of absurd badness followed by a post-traumatic attempt to recover. But you can’t come back from extinctions. That’s the dystopia: a mass extinction event.

These are extremes, but a point halfway between the two doesn’t work. It falls off sharply one direction or the other. There isn’t a middle zone anymore, because if we stumble along like we are now, we’re going to tilt off into dystopia. If we work to fix things we’re going to slide off into a utopia. We have come to a bad moment, and we must change.

For the rest of the show on which this interview appears, check out “Adapting to Disaster.” For more conversations like this and discussions on arts, ideas, and politics, check out radioopensource.org. Subscribe to the podcast on iTunes and join us every week!

A New Poem by Natalie Graham 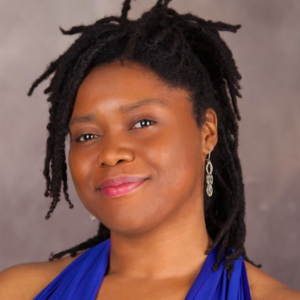 A New Poem by Natalie Graham

Underneath there is a Wound There is a man who writes poems about letters or poems that are letters from soldiers, or...
© LitHub
Back to top