The Author of The Grammarians on The Maris Review

On playing with words and inventing languages.

Cathleen: Initially, I thought that I was going to invent a language. Since I only speak English, why not invent an entirely new one? That proved to be rather difficult. There are many rules to every language … but I stole a little bit from the Mitford Sisters, who had a secret language that the younger sisters spoke to each other called Boudledidge (I’m going to mix it up with Mayor Pete)…

Maris: [laughs] But then your translations of those nonsense words are just so funny.

Cathleen: Good. The girls also love words in the dictionary. I just had this vision of them playing with the words. Not word games as we think of them, which I think are fascinating but am really bad at. I can’t do crossword puzzles or anything like that. I just imagined them with the words as they are, like a little toy soldier, truck, or doll, but these are words and they are playing imaginary games with them.

*
On the double meaning of “twin.”

Cathleen: I tried really hard—as you do with any character, if you’re writing a character who is not exactly my age and temperament—to imagine what it is for them to be in the world. I thought a lot about these twins in relation to each other and in relation to the larger world.

Getting back to words, when I looked up the word “twin” I found it has two meanings. The first is a noun, where it means the same or two of the same, and the second meaning is to sever. That tells you a lot.

Sometimes words are a clue in getting into a character, and sometimes characters need certain words to get them where you want them.

On the power dynamics of language.

Cathleen: I was a copy editor for a while—not a very good one because I can’t spell, which is a problem. The more I learned because of that, like every time I learned the difference between which and that I felt more and more superior to the rest of the world. Then, once you learn those distinctions, you start noticing how you look down on the people using them incorrectly, which is absurd.

Cathleen Schine’s “By the Book” and Passionate Spirit: The Life of Alma Mahler by Cate Haste

Literary Disco: It's Time to Play Some Games!

Susannah Cahalan on How We Diagnose Mental Illness 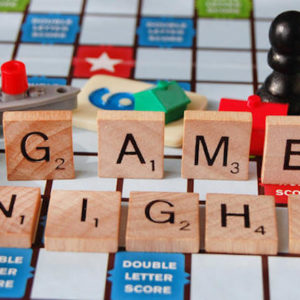 Literary Disco: It's Time to Play Some Games!

This week marks the return of Literary Disco’s classic games! First, Rider presents Judge a Book By Its Cover, where he reads...
© LitHub
Back to top