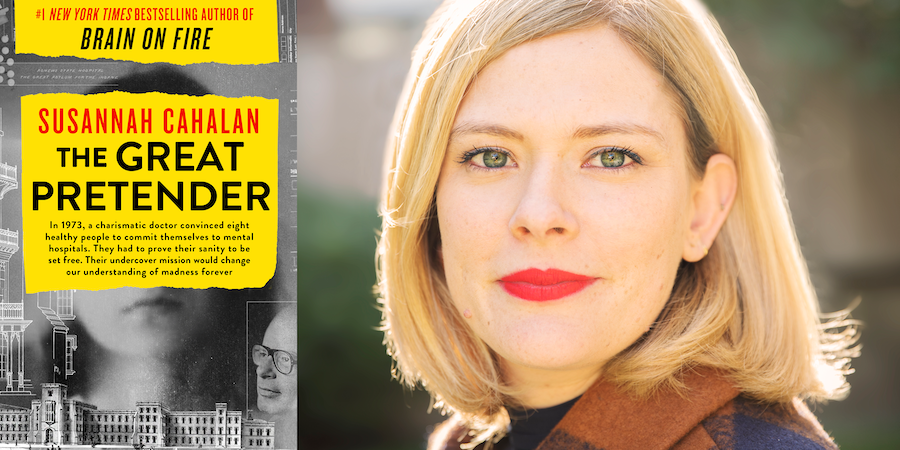 Susannah Cahalan on How We Diagnose Mental Illness

The Author of The Great Pretender with Roxanne Coady

What is the distinction between neurology and psychiatry? Why does a biological breakthrough move an illness out of psychiatry and into the rest of medicine? Most significantly, how do you diagnose mental illness? Many of these questions were explored in a study done in the early 1970s entitled, “On Being Sane in Insane Places.” This study shaped psychiatry for decades, but was the study self-fabricated, and if so, as Chief Bromden says in One Flew Over the Cuckoo’s Nest, “Is it the truth even if it didn’t happen?”

In this episode of Just the Right Book with Roxanne Coady, Susannah Cahalan joins Roxanne Coady to discuss her new book, The Great Pretender: The Undercover Mission That Changed Our Understanding of Madness, out now from Grand Central Publishing.

Roxanne: What is it that can be done so that psychiatric symptoms have a broader measure of neurological or medical sourcing? Is that even possible?

Susannah: Isn’t that the goal to research psychiatrists? That’s the goal. While we are searching for these answers—and many of them are impossible answers—while we’re doing that the idea of bringing in a broad consortium of people working with mental health issues. … You definitely feel like you’ve been syphoned off from the rest of medicine once you’re given a psychiatric label. That’s a huge mistake.

In terms of my care, from a personal perspective, there was a multi-disciplinary approach to my care.

Roxanne: And you were lucky.

Susannah: I was outrageously lucky.

Roxanne: Why did they even do a spinal tap?

Susannah: There were various reasons. One of them is that there were seizures. There were other neurological symptoms. I would smack my lips, which is very common for catatonia and can be a side effect of some psychiatric drugs. But there were some indications that there was a neurological event, though it’s hard to pinpoint what that exactly is. People just said that it didn’t feel right, and there was this sudden onset of the symptoms.

Roxanne: With no history.

Susannah: But you can reframe anyone’s history. At one point, my mom and my brother, which I later learned when I was interviewing them, were thinking that maybe I had bipolar disorder. “She has a lot of energy, and she has been depressed.”

We can peer back anyone’s history and fit in a narrative that makes sense.

Susannah Cahalan is the award-winning, New York Times bestselling author of Brain on Fire: My Month of Madness, a memoir about her struggle with a rare autoimmune disease of the brain. She writes for the New York Post. Her work has also been featured in the New York Times, Scientific American Magazine, Glamour, Psychology Today, and other publications. She lives in Brooklyn.

On the Radically Compassionate Films of Ai Weiwei and Agnès Varda 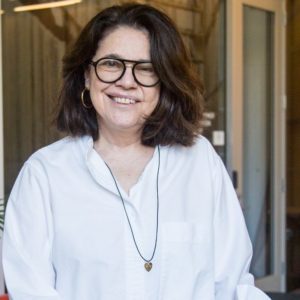 This week on The Maris Review, Cathleen Schine joins Maris Kreizman to discuss her latest novel, The Grammarians, now available...
© LitHub
Back to top