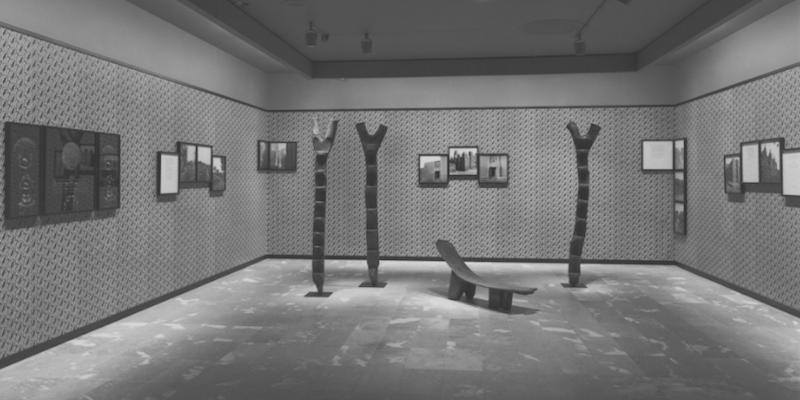 Feature image via the Museum of Modern Art Archives. Photograph by Mali Olatunji.

In 1995, when Carrie Mae Weems was featured in the Museum of Modern Art’s Projects series, she kicked off the exhibition opening with a procession into the midtown museum. In doing so, she marshaled an expression of collectivity into a format typically reserved for the solemn recognition of a singular genius. In fact, her installation had already smuggled its context with it: she had transformed the institutional space into a domestic one by covering the museum’s white walls with a bold graphic wallpaper and by placing an artwork on a folding three- paneled screen support in the middle of the floor as if the viewer had entered a stranger’s living room. This spatial shift from museum to home was extended into real time and beyond the gallery walls during the evening’s celebration as the performance connected the show with the city street. Jazz musicians and dancers occupied 53rd Street as the drummer Craig Harris played his didgeridoo while seated on the gallery floor. Not only am I here—Weems’s installation proclaimed—but we have arrived.

Weems has continually considered the museum as a site to stage performative actions and to create unlikely occasions for her and others to stay awhile. In her black-and-white photographs from the Museum Series (2006–present), she stands stolidly—her back to the camera and wearing a full-sleeved, floor-length black dress—and looks at the world’s leading museums and cultural institutions: the Galleria Nazionale D’Arte in Rome, the Pergamon in Berlin, and Project Row Houses in Houston. Her physical presence is emphatic and expectant, placed at once outside the seats of symbolic and cultural power and yet in immediate, majestic proximity to them. Each image suggests that meaning can be generated in the intimate slip between the veneer of an institution’s architecture and the people who make its insides usable everyday.

In addition to museums, Weems has steadily focused her eyes on other vital sites of memorialization also presumed to be inert. In Boneyard from her Sea Island Series (1991–1993), for example, three photographs of graveyards taken off the coast of South Carolina are paired with a text that details African American customs for the deceased: If people die waiting to see someone, they will stay limp and warm for days. They are still waiting. Weems shows us that graveyards, like museums, are not only places where the dead are cared for; they are also ritualized spaces where the dead are still alive and where, in coming together, we commune with those who have come before.

In 2014, Weems co-hosted the pivotal convening Past Tense/Future Perfect with the musician and composer Carl Hancock Rux at the Solomon R. Guggenheim Museum. Weems organized the event on the occasion of her retrospective (the first for a Black artist at the museum) as a refusal to occupy this impossible position and stand in as The Only One. Instead, she brought the rest of us into the museum with her. Weems’s convening was an assembly of interdisciplinary makers—musicians, poets, dancers, visual artists, and writers—that offered shared opportunity for study and inspiration aiming to create a space where “form is mapped and levels of invention are simply unpacked.” Since then, she has organized these events and nonevents in other august institutions such as the Park Avenue Armory, where in 2017 she organized The Shape of Things.

Importantly, she has also located these ensembles and choruses within self-made sanctuaries initiated by Black artists, including Theaster Gates and Eliza Myrie’s Black Artists Retreat on the South Side of Chicago, and Julie Mehretu, Paul Pfeiffer and others’ pastoral Denniston Hill residency that they founded in upstate New York. Each convening organized by Weems and refracted into other contexts creates an infrastructure that acknowledges both predecessors and heirs.

Weems has continually considered the museum as a site to stage performative actions and to create unlikely occasions for her and others to stay awhile.

While Weems’s exhibition at the Guggenheim may have been called a first, her emphasis on the convening positions it within a long history of collective self-institutionalization that has occurred within the Black radical tradition. During the second half of the 19th century, for example, African American women novelists such as Frances Harper and Pauline Hopkins paired their writing with opportunities for speaking in women’s clubs and congresses as well as abolitionist societies and social reform unions. And during the Great Depression, visual artists Augusta Savage and Gwendolyn Bennett formed the Harlem Community Art Center, a Works Progress Administration-sponsored community space in operation from 1937 to 1942 that offered art instruction free to all, in particular children who famously included a young Jacob Lawrence.

Artists have continued to incorporate public teaching and group work into their aesthetic innovations, demonstrating how all creative genius is relational, processual, and takes time. Starting in the mid-1970s, Linda Goode Bryant organized “Brunch with JAM,” five-dollar meals that included lectures on art for non-specialists modeled on the Black Panther Party’s Free Breakfast for School Children Program at her Just Above Midtown Gallery in which collaboration, performance, and experimentation flourished. More recently, Simone Leigh along with Rashida Bumbray and Black Women Artists for Black Lives Matter have organized holistic health programs under the cover of art. There, women from schoolgirls to elders have screened their blood- pressure, closely read writing by Hortense Spillers and Saidiya Hartman, and taken modern dance classes. To convene, this history of women intellectuals and practitioners suggests, is to understand context and community as the condition of possibility for the making of form and formlessness.

On the appointed Friday afternoon at the end of April, poet Elizabeth Alexander grounded Weems’s Past Tense/Future Perfect by offering an invocation, appearing on high in the rafters of the museum’s new international style theater in a wash of purple light. She called roll of the names of artists who were with us, although some of them were no longer physically present. And then she read from her poem “Black Poets Talk about the Dead”:

After she left us, we felt Mom close
She had passed but not crossed—and those were good weeks
Her soup in the freezer, perfume in her handkerchiefs
Half-empty cups of her tea had grown cold
But bit by bit, she left and then was gone
They do that so we can mourn; they do that so we believe it
It is what it is: wretched work That we who the dead leave behind must do.

Over two and a half days, the participants performed more wretched work, basking in readings, performances, eulogies, and celebrations. What brought this interdisciplinary group together was perhaps best described in terms artist John Outterbridge offered in a recorded interview Weems had made with him in his Los Angeles home. “Some people pay dues and develop calluses,” he said. “We call them, sometimes, artists.” Artists develop calluses by smelling the perfumed handkerchiefs and eventually discarding the half- empty cups of tea in Alexander’s poem, Outterbridge described this work in his own words as scavenging objects and using them as a medium for crossing.

. . . the only thing I make is rearranging the debris of my burden. When I pick up rags, when I pick up metal that was in my father’s backyard, when I hear in the old engine run again that has a kind of audacity about it because it’s not supposed to run any more. It has a way of cranking itself and running itself. And my father rides along. . . . It’s difficult what they might have been because all those things are within us and beyond us.

When it was my turn to speak, I read from an interview I had conducted with my Aunt Marion: Marion Parsons, born Marion Brown, who was my maternal grandfather’s eldest-born sister. She had passed in the weeks preceding Weems’s convening and in reflecting on Aunt Marion’s beliefs in the hereafter, I recounted her skeptical experience of life’s cycle. In my oral history with her, she had spoken of the uncertainty out of which faith can be reborn, a paradox that seems both impossible and everywhere present. 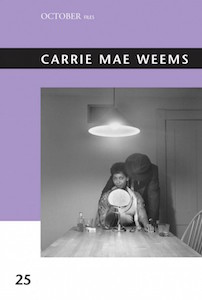 Thomas J. Lax is a writer and Curator of Media and Performance at the Museum of Modern Art. He is currently preparing the exhibition Just Above Midtown: 1974 to the Present with Linda Goode Bryant, scheduled for 2022. He was the inaugural recipient of the Cisneros Research Grant, traveling to Brazil in 2020 to research contemporary Black art. In 2019, he worked with colleagues across the Museum on a major rehang of the collection and co-organized the exhibition Judson Dance Theater: The Work is Never Done in 2018 with Ana Janevski and Martha Joseph. He has organized other projects at MoMA including Unfinished Conversations, Maria Hassabi: PLASTIC, Neil Beloufa: The Colonies and Steffani Jemison: Promise Machine. Previously, he worked at the Studio Museum in Harlem for seven years. 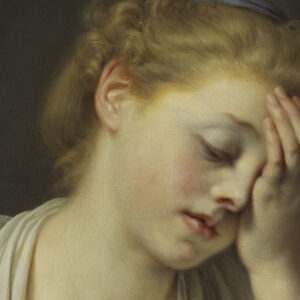 Crying over fictional characters is safe; in real life, in times of sadness, we have to take care of others, we need to keep...
© LitHub
Back to top
Loading Comments...