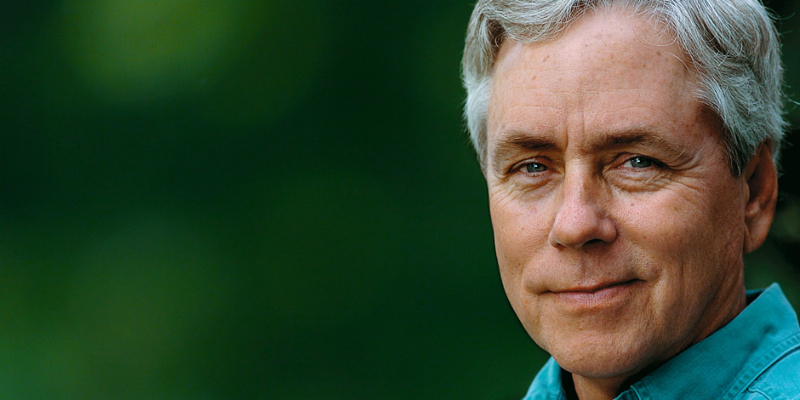 On this episode of The Literary Life, Carl Hiaasen talks with Mitchell Kaplan about his new novel, Squeeze Me, the ubiquity of Florida pythons, and getting his start writing satire during the Nixon era.

Mitchell Kaplan: You’ve been able to be very sharp with your sense of humor in terms of piercing these kinds of issues. You’ve used humor, and you’ve used a very clear sensibility wrapped in humor in this book. This book is a bit outrageous. I mean, it’s funny. I zipped right through it. It was really great. But you’re left with going, my god, I’m going out to vote five times if I can.

Carl Hiaasen: Well, Trump says you only have to vote twice.

I mean, I read your columns every single week. For those of you listening who don’t live in South Florida, and Nashville as well since you’re syndicated, Carl is sort of the dean of Miami journalists here in terms of his sensibility. He’s covered every aspect of South Florida. So many people look to Carl for the answer. I know that puts a terrible burden on you, Carl. But we do look to you. You have that cloak of truth-telling that not everybody has, and we can trust you in terms of that. So anyway, it is dispiriting that you’re still writing about all these things, but I’m so glad you are.

Carl Hiaasen: You can’t not write about them. And to some extent, using satire and humor, which I’ve done since I wrote columns for the college papers at Emory and University of Florida—I wrote a lot of satire for two reasons. One, it means a lot to make people laugh. I still get a kick out of making people laugh.

But secondly, it’s therapeutic for me, because you’re dealing with something. When I got a column in college, you still had Vietnam and you had Nixon. You’re in the middle of Watergate. And everyone thought the republic was doomed because we had a president who was clearly trying to defy the Supreme Court, lying on a daily basis. The difference is that there were enough Republicans who were concerned about it at that point, that Nixon had no political way out of it.

But the point is, at the time, the nation was in an incredibly fragile state. And to be able to write about it even in a college paper, write about Nixon and Kissinger and Cambodia and all this stuff. The fuel of that—all satire comes from a point of outrage, even anger, about injustice, something wrong. It’s not slapstick. It’s not the cheap laugh you’re going for, which is why I’ve been so lucky, and why my readers are so cool. First of all, they’ve stuck with me all this time, and second of all, they’re smart as hell. They get it.

Carl Hiaasen was born and raised in Florida. He is the author of fourteen previous novels, including the best sellers Bad Monkey, Lucky You, Nature Girl, Razor Girl, Sick Puppy, Skinny Dip, and Star Island, as well as six best-selling children’s books, Hoot, Flush, Scat, Chomp, Skink, and Squirm. His most recent work of nonfiction is Assume the Worst, a collaboration with the artist Roz Chast. 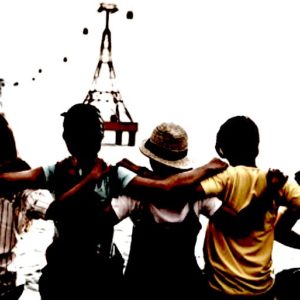 We need not look far to find cultures where caring kinships have been arranged differently. Whether by necessity or design,...
© LitHub
Back to top