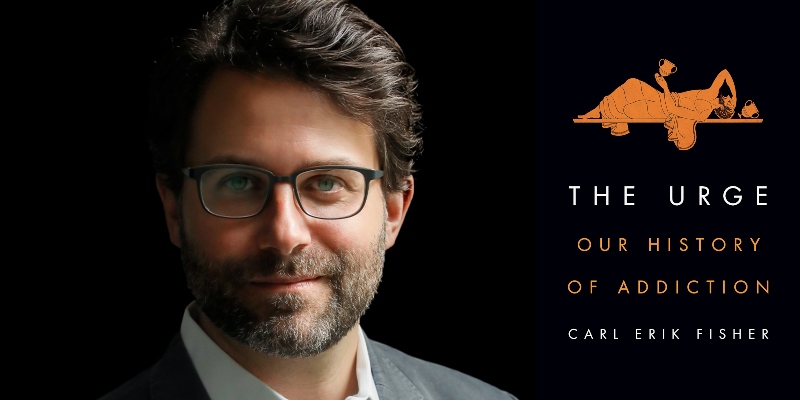 In this episode, Jordan talks to Dr. Carl Erik Fisher (The Urge: Our History of Addiction) about perceiving addiction as a spectrum, the historical evolution of addiction as a concept, and the psychotic break that led to his own sobriety.

Addiction and Devotion in Early Modern England by Rebecca Lemon • The Faust legend • The American temperance movement • Franklin Evans; or, The Inebriate by Walt Whitman

Carl Erik Fisher: There’s still a conclusion in the sense of the necessary work of undoing. Undoing is the word that comes to mind, in the sense that so many of our concepts and even our words about addiction—like “disease,” or “permanent,” or the idea of a clear us/them dichotomy, or division between healthy and normal—it’s so freighted in so many different ways that there’s so much to be gained just from the process of undoing. I think the history, and the broader social and cultural view, on addiction is a great route to that.

By looking across times and across cultures and across fields of understanding, it becomes clearer and even sort of obvious that it’s really useful to untie some of these notions that have been attached to addiction. It doesn’t lead to some sort of very clear proscription, but it still is a thing that I feel, at least in my own personal life, it’s a thing that I can do to sort of relax into the things that I don’t know.

Jordan Kisner: Can you give me an example, in terms of looking back through history at an example of something that felt like it required untying?

Carl Erik Fisher: Yeah, because I said it, one thing that comes to mind is permanence, that for a long time there’s been a notion of permanence attached to the status of addiction. Just one example of a historical era when that came up was the early temperance movement. Not the prohibition that led up to say the 1920s, but the first temperance movement in the 1820s, 1830s, 1840s, when the amount that Americans drank actually dropped by more than what dropped during legally instituted prohibition roughly a hundred years later. But that drop in the 19th century came about more because of the way people thought about alcohol as an invading and, in their words, enslaving substance or toxin or poison.

So around that time, there is a really strong notion that once somebody had been “possessed” by alcohol, then they were lost. At least in the early stages of the temperance movement. And so the status of the drunkard as a type of person who progressed in their problems and in a certain way and then eventually became irredeemable, it was really deeply written into the national psyche. I wrote about how this is really apparent in some of the literature of the time. Some of the most popular stories played off this drunkard narrative. Walt Whitman’s first novel, which in some ways was his only commercial success in his lifetime, and so many others, like Poe and Melville, and other more pop writers of the time.

It’s hard to escape that notion that people with addiction are broken or irredeemable, or even in a more positive sense, that people with addiction are like a certain way, that we have an addictive personality, or we were born this way, or it couldn’t have been any different, and we will always have a dangerous propensity to drink in an uncontrolled way. Even as I say this, I recognize, you know, I’m still in abstinence-based recovery and I don’t plan to drink again. And I think that this notion of being fundamentally other because of this permanence, it can be really dehumanizing and pessimistic and can undercut people’s, including my own, capacity for change and growth.

Carl Erik Fisher is an addiction physician and bioethicist. He is an assistant professor of clinical psychiatry at Columbia University, where he works in the Division of Law, Ethics, and Psychiatry. He also maintains a private psychiatry practice focusing on complementary and integrative approaches to treating addiction. His writing has appeared in Nautilus, Slate, and Scientific American MIND, among other outlets. He lives in Brooklyn, New York, with his partner and son. 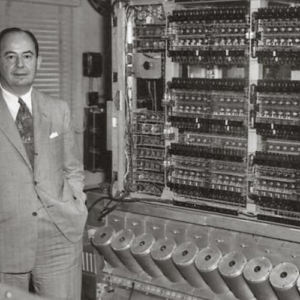 Call me Johnny, he urged the Americans invited to the wild parties he threw at his grand house in Princeton. Though he never...
© LitHub
Back to top