Toward the middle of Ian McEwan’s Nutshell is a possible explanation of why this weird, casually grim novel has a title only slightly related to its contents. The book is narrated by an unborn baby (no semantics here, fetus might be the proper term but I’m not getting into whether a fetus has consciousness or not so the narrator will be referred to as a baby and you will refrain from picketing this column) whose mother is colluding with her lover, the baby’s paternal uncle, to murder the baby’s father. So much for plot. Yet this baby has big ideas, such as the one leading to the eponymous nutshell inspired by the many artists and scientists who devote themselves to niche subjects, like Crucifixions, owl poems, or the Higgs boson particle: “To be bound in a nutshell, see the world in two inches of ivory, in a grain of sand. Why not, when all of literature, all of art, of human endeavor, is just a speck in the universe of possible things. And even this universe maybe a speck in a multitude of actual and possible universes.” Is our baby telling the reader he is such a universe contained in his mother’s womb, that even inside her there are many universes to explore? Or is he referring to the world outside, that universe, which he has yet to experience full throttle?

This is the kind of question McEwan loves, and that can make for some interesting reading. Nutshell at its best is a return to form for McEwan, by which I mean a return to the McEwan I like, the guy who would end up on your neighborhood watch list. The author of such deliciously creepy books as The Cement Garden (incest!), First Love, Last Rites, The Comfort of Strangers (wife swapping, tourist style!), and The Child in Time; not the writer of Amsterdam who waxes poetic about the loss of innocence, but the one who wonders if anyone was ever innocent at all. That’s certainly the case in Nutshell. The unborn baby is so far past original sin he’s already indulging in a few others: he’s very fond of wine, which he knows a lot about (a suspicious amount for a baby, in fact, but a respectable amount for, say, a well-heeled, highly respected, prize-winning author). He’s also into classical music, sex, and his mother, in no particular order.

The success of Nutshell hinges on the voice of the baby, which I found pedantic and too much like that well-heeled, highly respected, prize-winning author much of the time. The novel is interesting as crime fiction, though, for how steely it is about its transgression: there are no apologies or sentimental moments about the lovers killing their husband/brother/soon-to-be-father. There are better riffs on Hamlet around—I’m partial to Sons of Anarchy, which transplants the action of Shakespeare’s tragedy to a motorcycle club in central California—but McEwan is onto something is his use of a pregnant woman as a loaded gun a la Chekhov. Nothing is more naturally suspenseful, after all, than pregnancy. The lovers’ murder plot in Nutshell pales in comparison to nature’s plan.

Nature’s plan has also inexplicably failed Belle Boggs. Her memoir in essays, The Art of Waiting: On Fertility, Medicine, and Motherhood, chronicles her deepening desire for a child by any means necessary. I was quite interested in Boggs’s meditations on waiting and pregnancy, her observation that what separates us from “nonhuman animals [is we] wait without impatience, without a deadline” a quality which is “the secret to their composure.” The waiting could not be more different in McEwan than it is in Boggs: while the reader spends Nutshell zipping around the consciousness of that well-heeled, highly respected, prize-winning author, Boggs’s book is careful, deliberate, and refreshingly critical at times, as when she describes the fetishization of the family in popular culture, including obsessions with celebrity baby bumps, Pinterest boards full of baby shower ideas (has anyone ever had fun at a baby shower?), TLC’s A Baby Story, and the elaborate adoration of the infant parties known as Sip and See’s.

Though Boggs writes intelligently and well on her topic, it’s one that I abhor reading about. I can plough through accounts of the most depraved crimes and horrific diseases without wincing but plop me down in the realm of reproductive technology and I quickly get uncomfortable and, even worse, violently bored. I would watch every season of House M.D. before one episode of Call the Midwife. I like individual children of various ages, but childrearing in general is not a topic I find interesting, no matter how hard the culture forces it on me—and as a forty-something married and happily childless person, cultural wisdom seems to be that I’m on the other side of my chance for true fulfillment, not that my husband and I made a choice about the way we’d like to live that does not include offspring. Rather, the assumption about children is even if you don’t have them, you must care about them and their attendant issues (swaddling or preschools or new math and I’m getting bored just typing this) because of some misguided sense of faith in the future. But there are other ways to the future less literal than babies: books, for one, and I spend a lot of time with them. They don’t cry, or make you do math (unless you want to), or plot to kill you.

The Carousel of Desire 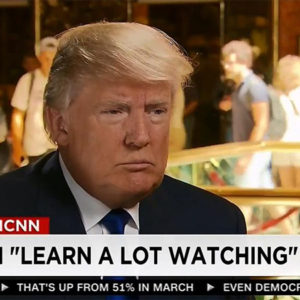 Every revolution needs chroniclers, pamphleteers, and prophets. Emily Nussbaum has performed all those roles (and won a Pulitzer)...
© LitHub
Back to top