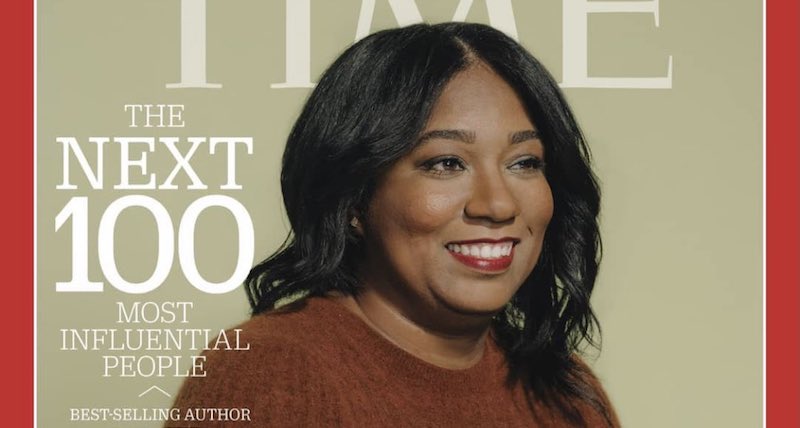 Brit Bennett, Amanda Gorman, and Ijeoma Oluo are TIME’s “next” most influential people of 2021.

Yesterday, TIME released their annual TIME 100 Next list, a list of 100 “emerging leaders who are shaping the future.” The list includes doctors and scientists fighting COVID-19; journalists and activists; and innovating artists—but here at Lit Hub we’re particularly interested in the “next” writers, and TIME has named three: Brit Bennett, Amanda Gorman, and Ijeoma Oluo. Brit Bennett is also one of the TIME 100 Next issue’s six cover stars, along with pop star Dua Lipa, Prime Minister of Finland Sanna Marin, soccer player Marcus Rashford, fashion designer Telfar Clemens, and Never Have I Ever actor Maitreyi Ramakrishnan.

Bennett, Gorman, and Oluo have already made names for themselves with their work—so it’s exciting to think, as TIME insinuates, that they’re just getting started.

Jazz, as everyone knows, is built on the standards—the songs that every musician knows by heart. A similar dynamic undergirds the American literary tradition. Evergreen story lines make up the fabric of our collective narrative, endlessly fascinating, yielding fresh insights when passed through the imagination of a writer who finds new music between the notes of the classics.

Such a storyteller is Brit Bennett. Racial passing, the phenomenon at the core of her astonishing novel The Vanishing Half, is as familiar to American literature as “Lush Life” is to the American songbook. Yet Bennett is informed and inspired by the intensities and complexities of our present moment. If race is a construct, what about gender? What are the limits of self-definition? How can one delineate its wages and costs?

In jazz, many artists sing the standards, but in literature only the most gifted can revoice the classics, rendering them recognizable yet, well, novel.

“What was the poet’s name?” “Who was that incredible young woman?”

I’ll never forget hearing those questions roll through the audience of the Geffen Playhouse in 2018 when Amanda Gorman stepped off the stage. It was a star-studded Hollywood fundraiser for arts and education programs, a night full of boldface names. But as Amanda delivered her tightrope-taut verse with impossible poise, the room was hers. Sitting in the second row that night, I became a fan for life.

Those questions ricocheted around the world again on Jan. 20, when Amanda Gorman delivered her original poem “The Hill We Climb,” at President Biden’s Inauguration. If the hardest part of an artist’s job is to fully and honestly meet the moment, Amanda delivered a master class. She spoke truth to power and embodied clear-eyed hope to a weary nation. She revealed us to ourselves.

Here’s the best part: there are so many more moments for Amanda Gorman to meet.

I still remember an event we did together in 2019. It was the second time I saw Ijeoma Oluo enthrall a crowd with an unmatched clarity and conviction, and her mix of seriousness and laugh-out-loud humor, all the while showing a deep and abiding concern for racial justice. She evoked what humanity needs to secure and defend humanity’s needs.

No wonder Oluo has emerged as one of the most admired writers and “Internet yellers” around. During the wave of demonstrations against police violence and racism in 2020, her runaway best seller, So You Want to Talk About Race, educated countless people (I read it for a second time in July). After a mob—incited by white men and led by white men—attacked the U.S. Capitol, her new book, Mediocre: The Dangerous Legacy of White Male America, became ever more vital. Oluo’s meeting the time—this movement against white supremacy and systems of oppression. But the question she keeps asking us in her work: Are we?