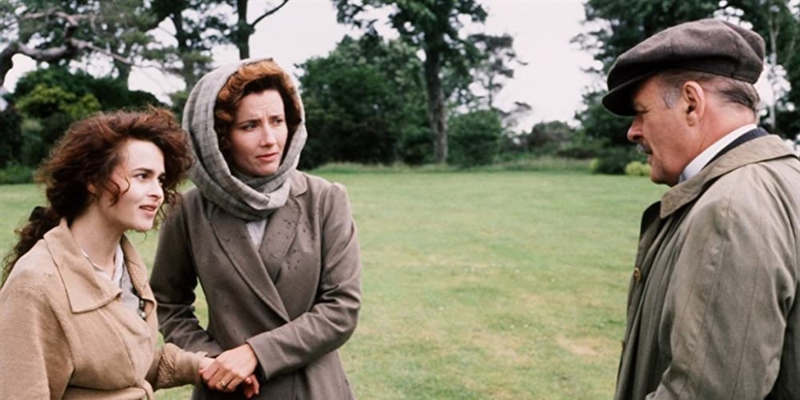 After the final Sundance screening of Reservoir Dogs held in the storied Egyptian Theatre, Quentin Tarantino was asked how he justified all the violence in his film. “I don’t know about you,” the director said, as relayed in Peter Biskind’s indispensable recent history Down and Dirty Pictures, “but I love violent movies. What I find offensive is that Merchant-Ivory shit.”

A scant month and a half later, Merchant Ivory’s film Howards End premiered on March 13, 1992. At the time, it was the more successful of the two films, monetarily speaking, making about $26 million at the box office to a paltry $2.8 million for Dogs and netting nine Academy Award nominations to boot. Influentially, of course, is another matter. If Howards End is mentioned at all 30 years from its release, it’s as a dusty relic from the days before Oscar-bait became weapons-grade. There’s a whiff of uncoolness to admitting you like it.

With the current moviegoing audience largely as dismissive toward period pieces as Tarantino, films like it rarely get made today, or at least made with such care—which is why revisiting it now provides such a jolt to the system. Far from a creaky bore, it’s the sort of rapturously made drama that proves brutality doesn’t always have to be physical to be wounding.

Like many British works, Howards End is about a house, though that’s as accurate as saying that Reservoir Dogs is about a robbery. Based on E.M. Forster’s 1910 novel of the same name, it’s also a story in which class is central to the characters, though never directly addressed by them. It would be impolite, and also unnecessary. One of the film’s great strengths is that the audience understands intuitively, through precise choices in costuming and set design, the social strata that the wealthy Wilcoxes, Bloomsbury Group-adjacent Schlegels, and lower-class Basts inhabit. It’s an intimate production, almost a chamber piece, far from the David Lean-aping English Patients of the late 90s. There’s a sense of grandeur always lurking just beyond the frame but rarely displayed in wide shots. Such lavish attention is reserved for nature—the vibrant bluebell fields and muscular ivy of the countryside where the characters take refuge—setting up the conflict between old world traditions and new world sympathies that the plot turns on.

If Howards End is mentioned at all 30 years from its release, it’s as a dusty relic from the days before Oscar-bait became weapons-grade.

Ruth Prawer Jhabvala’s exemplary screenplay succeeds where many other literary adaptations stumble: in its smooth concision of the novel’s dense action, pleasing Forster purists without leaving newcomers in the dust by prioritizing character development above a paint-by-numbers rehashing of recognizable story beats. It has a tricky structure, beginning at Howards End with a one-night tryst between the younger Schlegel sister, Helen (played with impetuous charm by baby-faced Helena Bonham Carter), and Paul Wilcox, a secret that at first seems like it will have major ramifications for the rest of the film but is dispensed with almost immediately, the action jumping several months into the future and Paul dispatched to North Africa for the remainder of the film. Its placement is deliberate, though, as this is a story where such secrets, and specifically the secret of a thwarted inheritance, will lead inexorably to tragedy.

From the tryst, we’re whisked to London and introduced to the rest of the Schlegel family, principally elder sister Margaret (Emma Thompson, in a career-best performance) who will soon form a life-changing friendship with Wilcox matriarch Ruth (Vanessa Redgrave), who is in the late stages of an unnamed terminal illness. Ruth was raised at Howards End and has the sort of all-consuming attachment to it that only those whose homes have never been threatened can achieve.

The Schlegels are in a dire situation, their city residence about to be bulldozed, as Margaret reveals to Ruth not long before her passing. Believing their mother not to be in her right mind, the Wilcox family, including patriarch Henry (Anthony Hopkins, all upper-class entitlement and condescension), conceals her dying wish for Margaret to inherit Howards End, a slight that seems inconsequential to them but will soon inadvertently bring about their ruin.

Director James Ivory establishes the London orbit of these characters as small and confined, a world of coincidences where private pains are always on the brink of cataclysmic reveal, best exemplified by Leonard Bast (Samuel West), who is poor both literally and figuratively, a punching bag of fate. Through a mix-up with an umbrella, Leonard becomes acquainted with the Schlegels and grows enamored of their intellectual pursuits, which he shares but is largely prevented from indulging in as a lowly clerk with a wife whose past is ambiguously checkered. It’s the Schlegels’ treatment of Leonard that will be most striking to viewers in 2022.

As early adopters of both “the rent is too damn high” and “redistribute the wealth” attitudes, Margaret and Helen’s attempts to help Leonard echo eerily with modern white liberal activism that treats systemic inequality as a theoretical problem rather than a material one. The more things change, the more they stay the same.

The Pulp Fictions of the world soon made [Merchant Ivory] obsolete.

The bubbly but blunt Margaret, who is painfully aware of her imminent old-maid status, opts to try and enact change from “within” via a marriage to Henry Wilcox. Helen holds no illusions of the possibility for herself, embracing Leonard as both a cause and a paramour. Watching Thompson and Bonham Carter together here feels like a rare treat, and in many ways it is, both because there’s still a dearth of roles this robust for women and because Bonham Carter’s headline-grabbing affair with Thompson’s then-husband, Kenneth Branagh, was just a couple years in the future.

The film wouldn’t work if you didn’t believe in the sisters’ connection and the push-pull between them as the impulsive Helen grows increasingly resentful of Margaret’s restraint. Whereas many adaptations fill in the gaps of character interiority with cumbersome voiceovers, Howards End dispenses with such cliches, relying instead on the expressive sensitivity of the performers. There’s a seamless authenticity to the interactions between Thompson and Bonham Carter, and Thompson and Hopkins, that today’s period pieces strain to achieve; even highly accomplished actors can come off as having studied their roles more than immersed themselves in them.

It’s their passion that often feels missing in today’s prestige adaptations—the sense that this material was a story for them rather than a property.

The comparative immediacy of Howards End helps sell some of the later plot developments, which might otherwise seem soapy, or even goofy, to modern audiences, including not only a hidden pregnancy (Helen’s, abetted by Leonard, though he’s unaware of it), the revelation of a past indiscretion (Henry’s, with Leonard’s wife), and an orchestrated final confrontation at the family estate that ends with Leonard being felled by a bookcase. In another uncanny reflection of today’s societal ills, elder son Charles Wilcox is so assured his status will save him that he essentially confesses to manslaughter unprompted.

With all these tragic events still swirling, the big reveal that Margaret was to inherit Howards End from Ruth is made off-handedly at the film’s very end, without much lingering on the moment or its aftermath. By then it doesn’t matter; Henry will give her the house upon his death anyway.

This ironic conclusion is straight out of the source material, but it has odd resonances with the filmmakers’ careers as well. Ivory and producer Ismail Merchant founded their company all the way back in 1961 and made 44 films together until Merchant’s death in 2005. They experienced many ups and downs during that time, and whether they realized it or not, they were on the precipice of the final downturn in 1992. Remains of the Day, which reunited Thompson and Hopkins a year later, would be their last true success. The Pulp Fictions of the world soon made them obsolete, and it’s hard not to think that Miramax screwed them twice over by making their chosen genre into box-office kryptonite with such cynically transparent awards-grabs as Emma (1996) and Chocolat (2000).

Still, it’s their passion that often feels missing in today’s prestige adaptations—the sense that this material was a story for them rather than a property. If the tastes of television viewers are anything to go by, the popularity of Bridgerton and The Gilded Age suggests audiences are still willing to engage in these worlds. Sometimes in life we can only move forward by looking back. That’s true in art, too, and Howards End provides a perfect blueprint for those who are willing.

Sara Batkie is the author of the story collection Better Times, which won the 2017 Prairie Schooner Prize and is available from University of Nebraska Press. She received her MFA in Fiction from New York University. Born in Bellevue, Washington and raised mostly in Iowa, Sara currently lives in Chicago, Illinois. 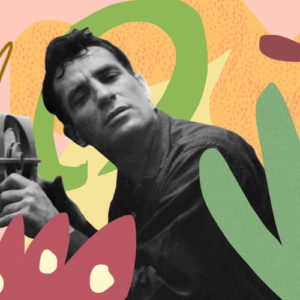 Jack Kerouac, who considered his “true-life” novels as comprising “one vast book like Proust's except that my remembrances...
© LitHub
Back to top