I first ran across Philippe Soupault’s Lost Profiles as the result of an anecdote related by Roger Shattuck in his marvelous book, The Banquet Years, which explores the origins of the avant-garde in France before World War I through the lives and works of Alfred Jarry, Henri Rousseau, Erik Satie, and Guillaume Apollinaire. Of Rousseau, he says the painter “did not mind living in one room because when he woke up in the morning he could ‘smile a little at his paintings.’ Then he would get up and go to the corner café for his breakfast. ‘If the weather was nice, he had a glass of white wine; if it was raining a cup of coffee; and on a gray day, some cognac.’”

He seemed like my kind of guy, and I was so taken with this compelling glimpse that I wanted more. Shattuck attributes the story to Philippe Soupault, and the bibliography steered me to Soupault’s 1963 memoir, Profils perdus, which I immediately ordered. I had previously known Soupault as a Surrealist poet but mainly as the author of the Surrealist novel Last Nights of Paris, which William Carlos Williams famously translated (apparently, partly as a project to share with his mother, who knew French). The memoir turned out to be a book of prose sketches of mostly literary figures whom Soupault knew in Paris in the ’teens and ’twenties, with expected subjects like Apollinaire and Blaise Cendrars (excerpted below), but also with unexpected ones like Marcel Proust and James Joyce. He included retrospective essays on Charles Baudelaire and Henri Rousseau, le Douanier. What attracted me most was the straightforward prose that even my rapidly rusting French seemed to be up to the task of not only reading but translating.

Ironically, I never did run down the Rousseau breakfast story that had started me on this path. Soupault was a prolific essayist who reused material. It’s likely the anecdote appears in his 1927 or 1949 books on the painter.

Every Wednesday in the spring of 1917, Guillaume Apollinaire would meet his friends about six in the evening at the Café de Flore, near his apartment. Blaise Cendrars “turned up” (to say the least) regularly. I recall the faces of Max Jacob, Raoul Dufy, Carco, André Breton, and several ghosts whose names are best forgotten. The Café de Flore was not so famous at that time as now. One could breathe there, talk without shouting. A provincial atmosphere. Remy de Gourmont used to come read the newspapers.

Blaise Cendrars, fedora askew and cigarette butt on his lip, did not look very happy. I even think he was grumbling. He was taciturn, which seems surprising. Often exasperated, he proposed what I’d call today “taking our business elsewhere.” We, since he asked me along, turned our back on the church of Saint-Germain-des-Prés, which he didn’t hesitate to condemn as the ugliest church in Paris (and how right he was) to head towards Notre-Dame, which, to my continual astonishment, had always fascinated him. But I didn’t argue. Besides, my new friend had already begun to speak, or rather to recount stories that taught me that true isn’t always what appears true. My jaw dropping, I listened to Blaise. In 1917 he was in good humor. Like a dancing master, he revealed Paris to a young Parisian. Because Blaise, you must not forget, was in love with Paris. He had already traveled a lot (and would travel still more) but Paris was his city of choice. He loved its warts, its cankers, its jewels, and especially its atmosphere and nuances.

At this time, he always liked to spend and end (quite late) his evenings in the shadow of Notre-Dame (and not that of the Eiffel Tower, as I had imagined). It is happily impossible to categorize the subjects of our conversations. What a wonderful toho-bohu [hodge-podge] (one of the words he loved!). I think I’m faithful to his memory and to my own memories in evoking pêle-mêle [pell-mell] (another of his favorite terms) the stories that he proffered.

Who was he in 1917? Truth to tell, I was dazzled, awestruck by this poet—a true poet—who never ceased speaking for me alone and offered me pearls and sparkles, as in fairy tales. And then we would go to dinner at an anonymous café near the rue St-Jacques, where, poetically, with the right words, he dressed a dandelion-green salad in a garlic-rubbed bowl, singing the praises of Parisian cooking. Who was he? Madly cheerful, as strange as that may seem. Impoverished and one-armed, he learned to write again, to light his eternal cigarette with one hand. I didn’t know where to go or where he was going. There was no destination at that time. It was the “heroic” period. Every opportunity for him was a good one. That’s how he taught me—and I’ve never been able to forget it—that you have to live poetry before you write it; writing, that was superfluous. I can’t help thinking this was the period when Blaise Cendrars most brilliantly manifested his genius. I know that I may be biased, out of friendship and admiration. I believe, nevertheless, that my friend Blaise was among those who endowed so-called modern poetry with all its power. He was irresistible and, in the largest sense of the word, unbelievable. He was very sure of himself. He wrote little in this period, brief poems and short prose: J’ai tué [I Killed] and Profond aujourd’hui. At this point in his existence he seemed less interested in the past than in the future. He introduced me to Fernand Léger, with whom he got along wonderfully, although much less well with Picasso, whose shrewdness and cunning put him off, as with Braque, who was too taciturn for his liking, and not receptive. I do recall, however, his enthusiasm for the cinema. Charlie Chaplin, of course! (It was with him that I saw the film that he rightly considered admirable: Charlot soldat.) But he wanted a completely different cinema. Before writing it, he told me the story that would become the extraordinary scenario he published a few years later.

I was quite surprised one day when he led me to the rue de Savoie and a bedroom, if I can call it that, where he had amassed what he called his papers. Old newspapers; writing pads covered with notes; drawings by Chagall, some of which he offered to illustrate a poetry collection that I wrote (Rose de vents); old rags; drawings by Modigliani; paintings; ancient clocks; pneumatic letters. A collection of bric-a-brac that he never had any idea of organizing. Now and then, he would pick an object or a book, and it would launch a story that I naturally didn’t try to interrupt. One day he showed me a railroad schedule from the United States. I don’t know why this leaflet prompted him to tell me the story of his uncles, the poem Le Panama ou les aventures de mes sept oncles [Panama or the Adventures of My Seven Uncles] that he was contemplating. When he published this amazing poem (which seems to me the most “Cendrars” of all his poems), he wanted the book’s format and appearance to be that of a United States railroad schedule. He was, I must mention in passing, very interested in typography and everything concerning printing.

He only rarely occupied his rue de Savoie “bedroom” and preferred lodging in hotels, which gave him the feeling of traveling in the world that for him was Paris. He did have some home ports, of which his favorite was doubtless Montparnasse. He met up at the Café de la Rotonde (which has greatly changed since 1917) with those he called his copains [pals]—a word he liked. He could be the most cordial of men, and as soon as he appeared he was hailed and greeted, since his popularity in Montparnasse was enormous. The painters liked him and had great faith in him. Pascin, Soutine, and especially Modigliani sought his advice, and he did his best to encourage them since, as we know but forget, life for these painters was tough. It was sometimes destitution. Even those who thought themselves clever, especially critics, often proved to be willfully scornful or indifferent. It was in listening to him talk to these painters that I learned to know Cendrars’s most brilliant gift: enthusiasm.

He was so lucid. This lucidity was particularly precious at this time of extreme confusion, when one-upmanship was beginning to impose its tyranny on all the writers, artists, and other visionaries. You no longer knew where you were. It was “the beginning of the end” of World War I. Blaise Cendrars, eyes wide open, did his best to comprehend the coming upheavals. Already, he was explaining to us the enormous consequences of the Russian Revolution, recalling memories from his time and travels in Russia.

This period of Blaise Cendrars’s life was very fruitful. But it was brief. It seemed he didn’t want to prolong it. I sensed he was worried, sometimes annoyed. He wanted to travel and, not inconsistently, to pull back into himself.

He chose to be a solitary, with dignity and with insolence, not breaking with his friends and pals but selecting them. It was later that he distanced himself. I think Dada and Surrealism prompted for him, as for Reverdy, a more decisive isolation. I knew that he suffered from it. And I think it was a pity. 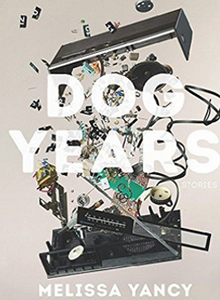 Hounds The man had no face. Or more precisely, he had a flap of skin stretched over the maw of his head, a way station between...
© LitHub
Back to top
Loading Comments...