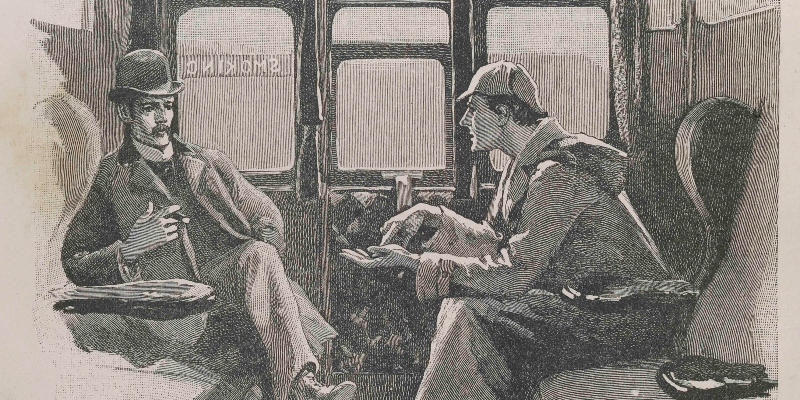 Bonnie MacBird on Expanding the Canon of Sherlock and Watson

Sherlock Holmes is one of the rare literary characters who has achieved a kind of cultural immortality. As Bonnie MacBird notes in this interview, display an image of a deerstalker hat and a pipe almost anywhere in the world, and people can identify the great detective without a second thought. So is it any wonder that an entire industry is devoted to expanding the Conan Doyle canon?

Not all these attempts succeed, but MacBird’s novels are a gem. The Three Locks (Collins Crime Club, 2021), fourth in the series and set in 1887, opens with a mysterious package delivered to Dr. John Watson. London is in the midst of a heatwave, Watson’s friend Holmes has withdrawn in one of his periodic funks, and the package offers the rather disgruntled doctor a welcome distraction. Its appeal increases when Watson discovers that it contains an engraved silver box sent by his father’s half-sister, an aunt he didn’t know he had, and represents his mother’s last gift to him. But as he struggles to unlock the box, Holmes appears, warning of danger.

Watson’s drive to prove Holmes wrong (he rejects his friend’s suggestion that the aunt’s letter may be a forgery and the lock designed to cause harm) must compete with the demands of two other cases. The wife of an escape artist requests help in protecting her husband from an angry rival, her former lover—a case that becomes more urgent when the escape artist’s most dramatic stunt goes awry, leading to murder. Then the rebellious daughter of a Cambridge don goes missing, to the great distress of the local deacon who has unwisely fallen in love with her.

Holmes initially dismisses the second case, although he takes a personal interest in the first. But when a doll made to resemble the young woman is found in the Jesus Lock on the Cam River, with a broken arm and an illegible threat written in purple ink on its cloth chest, the hunt is on, for both the don’s daughter and the person who wishes her harm. In time, it becomes clear that the two cases are connected—and that Holmes must defeat not only a cunning villain but the over-zealous local police.

CP: The Three Locks opens with Watson receiving an unexpected treasure. Tell us a bit about that.

BM: In the opening chapter, there’s a heatwave in London; Watson is sweltering at 221B, and Holmes has been ignoring him. So he’s sitting there, mad and sweltering. Through the mail comes a package, addressed to him, from an aunt he didn’t know he had. She was supposed to have sent it to him on his 21st birthday; it’s from his mother, who died mysteriously just before she entrusted this thing to his aunt. He opens the package, and it turns out to be a beautiful engraved silver box that has an absolutely impenetrable lock. He wants to know what’s in it, and Holmes comes back and says, “Put it down,” because he immediately sees that it could be a dangerous thing.

CP: There are also two cases in this book. Tell us about the first case, which is also the second lock.

BM: The second lock has to do with a traveling magician/escape artist, a little bit modeled on Houdini but his own self, named the Great Borelli. His wife, Ilaria Borelli, actually invents his tricks. She appears on stage as his assistant—like Vanna White—but in fact she designs his illusions. He has a special illusion called the Cauldron of Death, where he gets inside something that looks like a bathysphere, all covered in copper and rivets and set over flame, and it heats up. And he magically survives this—except that he doesn’t. So that’s the second story: what happened to this guy.

CP: Holmes takes a very personal interest in Dario Borelli’s skills as an escape artist, which is kind of amusing because Watson keeps finding him in all these bizarre poses. What drives Holmes to reproduce Borelli’s feats?

BM: He loves a challenge. He’s probably bored. But also he’s known in the stories to want to take on physical challenges. In spite of him being primarily an intellect, in the original stories, there’s lots of action, although some of it is off-stage. So that’s very much part of the character. In the books, Holmes and Watson are in their mid-thirties. Often we think of them as older, because in the movies they’re portrayed as fifties, sixties, and up, but in the stories, based on when they were supposed to be born, they’re still vital, active young men.

CP: The third lock, in the literal sense, refers to a very different meaning of the word. It’s initiated by the arrival of Deacon Peregrine Buttons. Who is he, and what does he want from Holmes?

BM: Peregrine Buttons is a deacon on his way to becoming a priest, and he is miscast in this role because he has fallen madly in love with one of his parishioners. He’s a young, earnest fellow who’s worried about this young lady, Dillie Wyndham. She’s a rebellious young woman who is very unhappy at home. Her father is a famous don at Cambridge, and he’s a bully, a terrible dad. She’s creative and smart, and she makes a kind of secret life for herself. She keeps disappearing, and Peregrine Buttons doesn’t know what’s happened to her. He comes to Holmes, who refuses to take the case because the Wyndham family is not worried about her being missing, but when her doll is found in the Jesus Lock with its arm dismembered, Holmes changes his mind.

Bonnie MacBird is passionate about Victorian London and Sherlock Holmes. She lives in an 1890 building right off Baker Street, and fell in love with Holmes as a schoolgirl in her native California. After many years in the entertainment industry as a film executive, Emmy winning producer and screenwriter, she now writes the critically acclaimed Sherlock Holmes Adventure Series for HarperCollins, bringing the much loved detective back, traditional style, in full-length adventures. Meticulous research, a flair for deductions and a decided sense of humour have turned these into fan favourites. 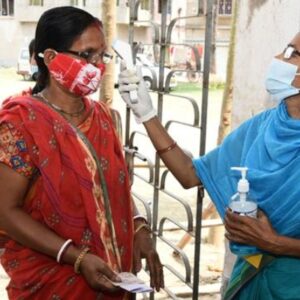