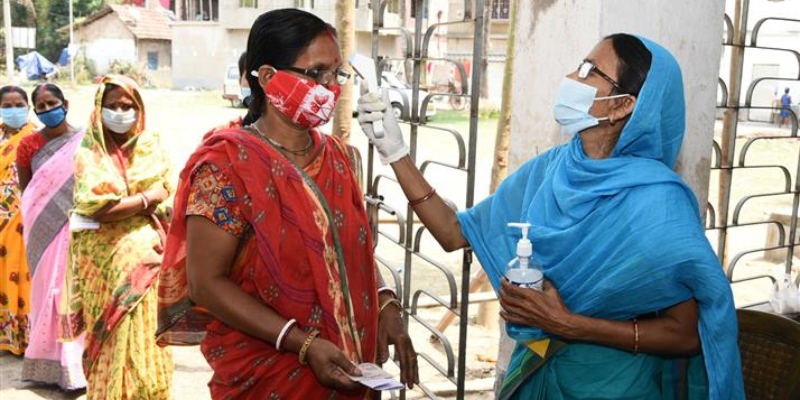 The humbling of India, the torment of India, is full of messages for the rest of us. Beware the second wave of the pandemic: that’s the one that has turned India’s boastful first round into a hellish reprise. India the pharmaceutical giant, and exporter of vaccines, claimed last winter to have “saved humanity” from COVID. Come spring, India is suddenly the epicenter of the virus. It’s run out of vaccines, also life-saving oxygen. And the new cases of COVID in India are running at 400,000 a day. The collapse of public healthcare could be the “Unmaking of India,” in one headline. It has broken the myth of a modern, privatizing, all-business India. Most of its vast population cannot get emergency help.

India, it’s been said, is “a noisier version of the United States.” You can pick up a bit of that noise right here this radio hour: the sound of suffering and dismay in COVID-stricken India—cases spiking straight up in a country that thought it had licked the virus for the world.

Christopher Lyndon: It sounds so much like our own sort of cathedral hospitals with all kinds of exotic, brilliant surgeries going on, but so many people excluded.

Kavita Sivaramakrishnan: And it’s that exclusion which I think is key, Chris. People believe that if you earn enough, you could enter that magic circle of being included and to have certain kinds of care and access. But I don’t think they recognize that when the infrastructure itself is lacking, even if you’re a strong consumer, you will continue to be excluded.

My real fear is that when this middle class tides over the second wave, that is when the real kinds of neoliberal exclusion that you’re talking about will kick in. It happened with HIV/AIDS, for instance, in the US. Once an affluent population consisting mostly of white population that suffered from HIV/AIDS stopped being the population that was witnessing the highest rates of mortality and morbidity, once HIV/AIDS began to be associated with African Americans and the Latino population, what you see is a pandemic that gets largely forgotten or marginalized.

And neoliberal exclusion is far more nuanced than we understand it. It’s not just in your face. The middle class is discovering they’ve been marginalized now. But when this pandemic comes back, season after season, year after year, you’ll see that it intersects not only with infections, it intersects with people who have poor nutrition. It affects people who have poor lungs because they’ve been exposed to the pollution in Delhi, or have other chronic diseases. You’ll see the most vulnerable and marginalized left with this pandemic that’s returning or who don’t have access to vaccines. And you’ll see exclusionary play out in very different ways, even after the second wave. So we have to see it as something that we need to recognize as being important much beyond the SOS calls that middle class Indians are making today.

Kavita Sivaramakrishnan is a public health historian of South Asia with a focus on the politics of health, medicine and science in the global South.

Cambria Gordon on the Lost Art of Penmanship

Bonnie MacBird on Expanding the Canon of Sherlock and Watson 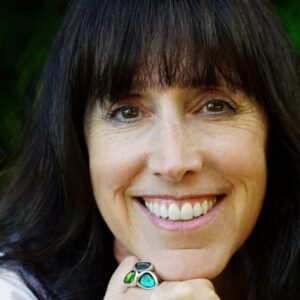 Cambria Gordon on the Lost Art of Penmanship

On today's episode of The Literary Life, Mitchell Kaplan talks to Cambria Gordon about her new book, The Poetry of Secrets,...
© LitHub
Back to top