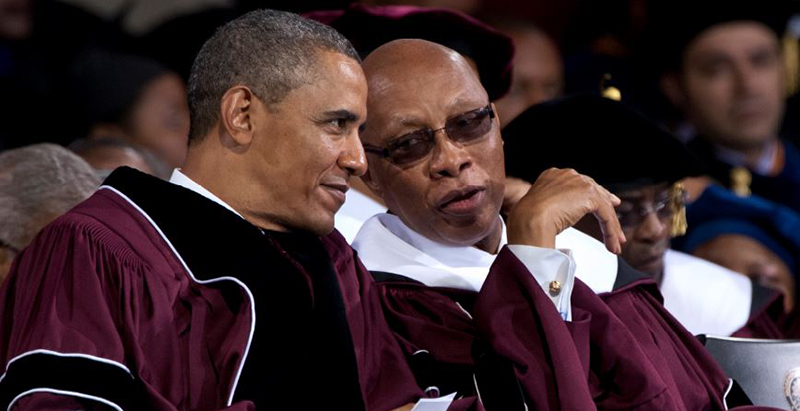 ArtCenter College of Design’s bi-weekly podcast features intimate interviews with leading artists examining the ideas fueling their work and how the creative process can be a catalyst for change—personally, professionally and globally. Hosted by ArtCenter President, Lorne M. Buchman, these conversations examine the many ways in which artists and designers are enriching our lives. ArtCenter College of Design is a global leader in art and design education; and our mission statement—Learn to create. Influence change—lies at the center of all we do.

There is something almost poetic about beginning this season, dedicated to amplifying Black voices, with today’s interview with Bob Davidson, who recently stepped down from his post as Chairman of ArtCenter’s Board of Trustees. Bob was instrumental in my decision to assume my current role as President of ArtCenter. And over the past eleven years, our collaboration has been among the most profoundly transformative of my entire career. Our bond transcended our professional roles (for all intents and purposes, he was my boss) and became something much richer and deeper, rooted in our shared values and an almost spiritual commitment to manifesting the college’s mission statement: learn to create, influence change.

And change we did. In partnership with Bob, we launched two iterations of a master plan that prioritized long-term sustainability and diversity. The college has grown in many important ways thanks to his contributions. But there’s still much work to be done, which we discuss at length in today’s conversation.

Even though we’ve known each other intimately for over a decade, our candid conversation was revelatory. I hadn’t known the extent of the racism he faced growing up in the Jim Crow south. Nor was I aware of the subtle bias he experiences in his daily life now. At the same time, he confirmed many of the qualities and achievements I’ve long admired – his self-made success at the highest levels of business and his steadfast unwillingness to let anyone stand in the way of progress—his or anyone else’s for that matter.

Lorne Buchman: Can you take a few minutes to offer your perspective on where we are right now following the brutal murder of George Floyd and so many other stories as you know and what’s happened with the movement right now.

Bob Davidson: Yeah, I’ve given a lot of thought to this. We’re at a watershed moment in what I believe is happening in our country, in our society. You know, I lived through Jim Crow of the fifties. I lived through the Civil Rights Movements of the sixties and seventies. I was around the nineties. Change came from the strife as the result of those periods, but this is different.

First of all, this movement is being led by young people. It’s being led by young people of all colors. All backgrounds. All shapes, all sizes, all genders. These young people today are saying enough is enough. We want to live in a different type of world, and because of that it has stimulated the interest of a broad set of people all the way through every institution in the country, in core America. You have people in corporate America talking about how we adopt a Black Lives Matter movement. That would not be heard in a corporate boardroom five years ago, but now it rolls off the tongue. This is a time of change. It’s just aligning of the stars.

Unfortunately, we have the first pandemic which is the [indistinct] pandemic that forced people to be inside and to be focused. Then we had the unfortunate incident of the social injustice pandemic of George Floyd. Everybody saw that, a person being killed right before their eyes. They saw a young man all the way in Georgia who was hunted down by the two vigilantes and killed, and they could watch nothing else. With the advent of the iPhone, it’s before everybody, laying in front of them. So now that continues to move along and with all of this, this has taken hold and there’s a fever. There’s a fever and the lack of leadership that we have in D.C. has peppered it because intolerance for this has gone out for that lack of leadership.

I am extremely hopeful about the future. I lived to see all the changes but clearly our grandkids will live in a different world than I’ve lived in and the unfortunate thing about us is that we have to tell them, we never shall forget. You have to let them know. We try to tell our kids, you don’t forget the past so you don’t repeat the past. You can’t forget what your grandparents went through and what your parents went through so you don’t repeat the past. But I’m hopeful, I’m very hopeful about the future and where we’re going

Change Lab is hosted by Lorne M. Buchman and brought to you by the ArtCenter College of Design. Subscribe now, for free, on Apple Podcasts, Spotify, or wherever you listen to podcasts.

Robert C. Davidson, Jr. formed Surface Protection Industries, Inc. (SPI) in 1978. Under his leadership, SPI became one of the largest African American-owned manufacturing companies in California, ranking in the top 100 on the Black Enterprise list of America’s top black-owned industrial/service companies. In 1998, Morehouse College honored Davidson, one of its most distinguished alumni, by naming the President’s home and its executive center Davidson House. Davidson was the 1997 recipient of the Ronald H. Brown Award and the 1990 recipient of the Raoul Wallenberg Save the Children Award from the Shaare Zedek Medical Center Jerusalem. He was also named Black Businessman of the Year by the Los Angeles Chapter of the Black MBA Association and Outstanding Entrepreneur of the Year by the National Association of Investment Companies. Davidson joined the ArtCenter Board of Trustees in 2004 and was re-elected to a fifth term as Chair of the Board in June 2018. He is the first African American to serve in this role at ArtCenter, and among the first African Americans to assume board leadership of a member institution within the Association of Independent Colleges of Art and Design.

ArtCenter College of Design’s bi-weekly podcast features intimate interviews with leading artists examining the ideas fueling their work and how the creative process can be a catalyst for change—personally, professionally and globally. Hosted by ArtCenter President, Lorne M. Buchman, these conversations examine the many ways in which artists and designers are enriching our lives. ArtCenter College of Design is a global leader in art and design education; and our mission statement—Learn to create. Influence change—lies at the center of all we do. 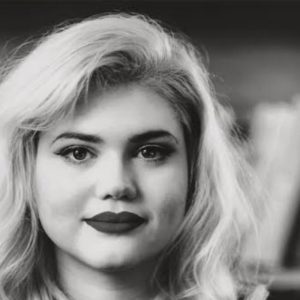