VIA BARNES AND NOBLE REVIEW

Porochista Khakpour Revistis a Masterpiece of the New African Canon

This year, Barnes & Noble’s Discover Great New Writers program marks its 25th Anniversary. In celebration, they’ve asked their favorite writers to take a fresh look at some of the works selected for the program in its first five years, many of which—like Ben Okri’s The Famished Road, the story of a distinctly modern community told through the singular lens of Yoruban myth—have become hallmarks of a moment in literary history.

The main character of Ben Okri’s third novel, 1991’s The Famished Road, is born with a smile on his face; the main character of my second novel, 2014’s The Last Illusion, lacks the ability to smile. But these poles indicate anything but opposing worldviews, and if there is any book I didn’t know I owed a debt to, it was the novel that won the then-32-year-old Okri a Booker just as I entered my teens.

Its momentous standing in the literature of the 1990s is evidenced by, among other things, the fact that Radiohead based a song on it; Thom Yorke has mentioned that the novel inspired “Street Spirit (Fade Out)” from their 1995 album The Bends. But don’t let that stop or start you even: this is the novel that introduces many to both Okri and African literature, though Okri himself might reject that impulse.

The Famished Road chronicles the adventures and misadventures of Azaro (a nickname, he is quick to point out, for “Lazaro,” or “Lazarus”), an abiku, or “spirit child” of Yoruban myth. Azaro is tugged by his sibling spirits to retreat into the otherworld of the dead while he feels compelled to face his hard life among his loved ones of the living. All sorts of episodes push and pull him—his father’s attempts to be a boxer: the sorceress/bar owner Madame Koto’s interest in his charms for her customers as well as his blood for its supposed anti-aging properties; the two opposing political parties (“The Party of the Rich” and “The Party of the Poor”) and their constant clashes and corruptions. Okri’s characters shift between material and spiritual domains, and the setting lithely traverses the urban grit of African slumlands and a phantasmagoric dream world.

The anonymous Third World metropolis has its most likely analogue in Okri’s postcolonial Nigeria, but we know he comes to it at a remove. Okri is not himself Yoruba (though he speaks the language). He also has quite a lot of reservations about the term “magical realism”—much has been made of his leap to a fabulist mode especially since earlier works appeared realist in conceit and execution: “I began with what I call 19th- and 20th-century realism—plot, character, development, the event-plot narrative, the logical connection between what happens. But over the years I looked at the novel form and saw that the problem of realism is that it does not catch the full richness of reality. For instance, I saw the presence of myth which does not have any place in conventional realism. My long investigation into how to catch the full richness of reality led me to conclude that the reality is not in the realism, that a different approach and a different tone were needed.”

And Okri also seems suspicious about the easy attribution of all the inventiveness in the book to African folklore. His father’s library of philosophy books (Okri’s father came to London from Nigeria to become a lawyer) was a likelier source of inspiration: “That is the point that practically all my readers and practically all my critics have missed. At the heart of The Famished Road is a philosophical conundrum, for me, an essential one: what is reality? Everybody’s reality is subjective, it’s conditioned by upbringing, ideas, temperament, religion, what’s happened to you.”

In canonizing Okri’s most celebrated book—and a major standout of the African canon, according to the West, at least—The Famished Road has endured all sorts of tags: fabulist, magical realist, experimental, modernist, postmodernist, avant-garde. This is to say it is different even by the most different standards; The Famished Road is a taxing read, structurally unwavering in its non-linearity, relentlessly cyclical, devoutly episodic (and there are many, many episodes that make up this epic), and always challenging of logical narrative arcs and conventional literary mechanics. Still, without much inquiry into his structure and style, Okri gets—and not unreasonably—constantly compared to Gabriel García Márquez and Salman Rushdie for that troublesome magical realism, of course, and Chinua Achebe for his carrying on of the great Nigerian literary torch—when Achebe was asked to explain who represented a new generation of African writer for him, he called out Okri specifically.

Folkloric and mystical elements that are generally thought to define magical realism are certainly featured in The Broken Road, but it seems wrong to categorize the inventiveness of its style as simply inherent to the exoticism of its substance. This is a typical pitfall of this form. It’s particularly easy for Western readers, for example, to read the mythic as plainly historic—if only because they are likely to assume anything they can’t understand is just down to their lack of familiarity with the writer’s culture. Where a Western writer is likely to be read as artful, a Third-World author is seen as simply expressive of an impenetrable “otherness.” Hence to simply frame The Famished Road as a magical African epic—which it is—feels somehow diminishing. It’s also a political fable that looks at the adversities of civic stability for an African democracy.

And it’s also something entirely its own, impossible to label.

Just last December in The Guardian, Okri wrote about an issue that is very dear to me and central to the discussion of any text that has come to represent not just an author but an entire culture—central to why I tend to bristle at anyone approaching my work for anthropological insights instead of, say, art. Okri writes about the danger of reading for subject matter: “An anomaly of perception is often brought to black and African writers. They tend to be considered only important for their subjects. We read Flaubert for beauty, Joyce for innovation, Virginia Woolf for her poetry, Jane Austen for her psychology. But black and African writers are read for their novels about slavery, colonialism, poverty, civil wars, imprisonment, female circumcision—in short, for subjects that reflect the troubles of Africa and black people as perceived by the rest of the world. They are defined by their subjects.” And why? We know why: “Maybe it is those in the west, whose lives are untouched by such suffering, who find occasional spice and flirtation with such a literature.”

So I want to end this tribute with some beautiful isolated passages from The Famished Road, which need no context. Who can catalogue “the rigors of existence” more stunningly than Okri, on the very first page? “The unfulfilled longings, the enshrined injustices of the world, the labyrinths of love, the ignorance of parents, the fact of dying, and the amazing indifference of the Living in the midst of the simple beauties of the universe.” Or: “It is more difficult to love than to die. It is not death that human beings are most afraid of, it is love. The heart is bigger than a mountain. One human life is deeper than the ocean. Strange fishes and sea-monsters and mighty plants live in the rock-bed of our spirits. The whole of human history is an undiscovered continent deep in our souls.” And I know this is the ultimate reviewer faux pas, the revelation of a final line, but trust Okri that the journey here is worth more than even the illusion of an unveiled plot point: “a dream can be the highest point of a life.” Whereas much of The Famished Road roots us impossibly in the immaterial, what is most worth taking away from it is the intangible, the unutterable, the luminous and weightless quality that is the lifeblood of all literature. 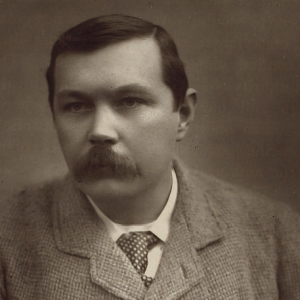