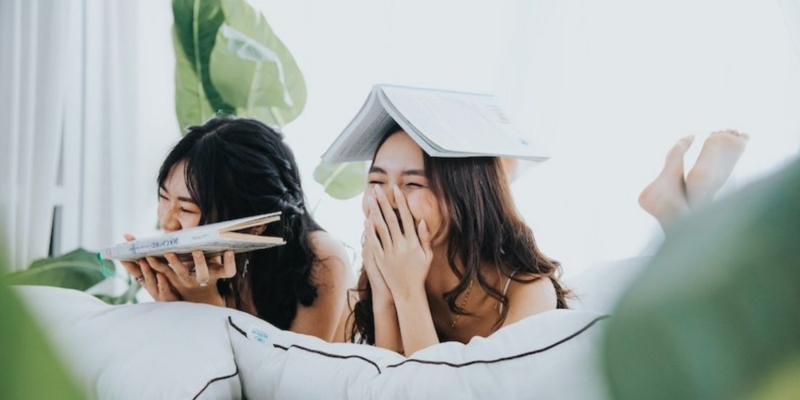 Gina Sorell on Writing Humor with a Serious Face

Before I called myself a writer, I was the long-suffering wife to the doofus husband, the exasperated mom to those crazy kids, the dour vegetarian waitress serving the hilarious, adorable rom-com couple. I was an actor, the so-called straight woman hired to play against funny people. On camera, I come across like a serious person; in real life, too. It’s my face. Still, more than once, people have remarked that they think I’m funny, and wonder why I haven’t written a funny book.

This shouldn’t have come as a surprise to me. I’m an alumna of Toronto’s Second City Mainstage and wrote sketch comedy for years, but I don’t think of myself as a funny ha-ha person. Humor has always been a coping mechanism, a by-product of my people-pleasing performing arts school childhood. Over the years, I’ve made people laugh to break the tension, deflect from my shortcomings, and cover my insecurities. If things got too quiet or too serious during a holiday dinner, I could pull out the stories about what it was like to be the only adult in a crowd of child actors, lounging poolside at The Oakwood, the popular home-away-from-home for aspiring stars during pilot season in Los Angeles.

I could make my family laugh by telling them about the kid who called me an old-timer, or the talent manager who yelled at me, What have you done?! Are you insane? after I admitted out loud in a meeting that I’d just turned 30. But as much as I love to make people laugh, I’ve always thought of funny as part of my former life as an actor, not my decades-in-the-making new life as a writer.

My new life as a writer is serious. I take it seriously, and I want others to as well. For years, that has meant choosing to leave my humor on the stage, not the page: humor was part of my identity as a performer, and I was done with performing. I was done with my whole journey as an actor, the struggle, the hustle, the waiting, and wanting. After years of working as a never-busy-enough-for-my-liking character actor, and constantly feeling like the ability to do my art was at the mercy of others, I was ready to redirect my creative energies. If I had written my way into acting with monologues, stand-up, plays, and a short film, then I could write my way out.

My debut novel, Mothers and Other Strangers, was a serious book that tackled heavier topics. It centered on a narcissistic mother and her long-suffering daughter, dealing in family secrets and the lies we tell when the truth is too much. For the record, it wasn’t based on my own mom, but it was painful to write. I had decided that if I was going to leave behind a career that I had invested decades into, it better be for something serious.

Though everything about that book was a struggle, it was well-received, so I reasoned that the struggle and pain must have been worth it. A part of me even wondered if, just maybe, the struggle and pain had also been necessary for it to succeed. It was comforting to think so; it certainly would validate my decision to leave my acting life behind. And as a new novelist still figuring out my process, I’d take all the validation I could get.

So when it came to my next novel, I continued down a dark path, exploring complicated characters with secrets, themes of longing and belonging, and, this time, revenge. It was a book about anger, told from the point of view of a male protagonist railing against the confines and limitations of his socio-economic reality and the gatekeepers and cliques that kept him on the outside looking in. It was also a story about identity, one that asked who gets to decide our fate and to what lengths are we willing to travel to change it. Looking back, I can see why I needed to write about someone trying to redefine themselves and change their future. As it turned out, that novel didn’t find representation. And its failure to do so coincided with a year when my family was hit with one crisis after another and the humor that I had relied on in my personal life to get me through difficult times had dried up.

After such a difficult time in my life, it was a relief to discover that I could also let go of the struggle and pain that I had believed was a necessary part of writing my first two novels and that I could enjoy the process.

I love all kinds of books, but it wasn’t until the last few years, when it felt like I was swimming upstream, that I finally let myself read not just the books I thought I should read, but the ones I wanted to read. I love to watch funny shows and films that make me laugh, so why wouldn’t I also read books that made me laugh? This time around, without representation or a book deal, I had nothing to lose and no one to please but myself. If I could let go of the feelings that I had associated with my previous writing and find a way to employ humor on my own terms, maybe I could do more than just read heartwarming and humorous novels, I could write one.

Like many writers, writing for me is a way to make sense of life, explore different situations, and work through conundrums whose meaning or solutions, in real life, elude me. On the page, I can have the perfect comeback, bump into the right person at the right time, reframe a tragedy through a cathartic resolution. Small world coincidences, twists of fate, and intuitive revelations transform my protagonist’s journey from hopeless to hopeful. I can make my characters better than me: braver, smarter, and, yes, funnier.

With The Wise Women, I’m still interested in the serious issues of mothers and daughters and belonging and what defines us as women, but I’m trying to write about them with a lighter touch. I created a cast of complicated big-hearted characters that I loved to spend time with; people who are quick with a comeback and a turn of phrase, whose dialogue I would read aloud as I wrote.

Like an actor researching a role, I immersed myself in the stories and visited the places where they worked and lived. It got me thinking that if I was willing to extend an olive branch to my former actor self, what other parts of my life could I stop excluding in my need to be taken seriously. I called on my experience as a product and brand namer working with start-ups and gave one of my characters a job as an advertising copywriter, another as an entrepreneur, and a third became an architect to play off my obsession with real estate.

For the first time in a long time, the writing, which is always demanding and slow-going for me, was also a joy—a balm for all that ailed me. I made a playlist of my favorite songs that I would sing to while I worked and cheered along these women who were all tackling their own unexpected life challenges, forced to dig deep and rally together in order to move forward. And unlike my previous novels, I didn’t talk about this book or share it with my writer friends or family as I went along. Instead, I kept the pages close, treasuring my time alone with them for as long as I could. After such a difficult time in my life, it was a relief to discover that I could also let go of the struggle and pain that I had believed was a necessary part of writing my first two novels and that I could enjoy the process.

I’m still serious about the writing, but I’m also serious about my desire to engage and entertain. Right now, I’m more interested in spending time exploring how to get out of a crisis than the crisis itself. I want to untangle those knots, repair those rifts, and offer a promise of a brighter day, even if it seems like a stretch—especially if it seems like a stretch. If it can’t happen on the page, where can it happen? The funny thing is how long it took me to get here. 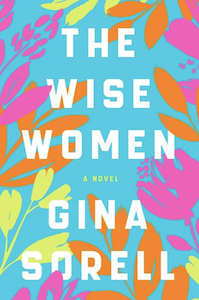 Gina Sorell’s The Wise Women is out April 5, 2022 through HarperCollins.

Gina Sorell is an author living in Toronto. Her debut novel Mothers and Other Strangers was published by Prospect Park Books in May 2017. Learn more at www.ginasorell.com. 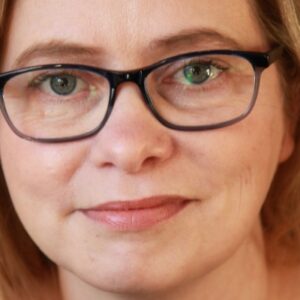 Anakana Schofield is the guest. Her latest book, Bina: A Novel in Warnings, is out now from NYRB. Subscribe and download...
© LitHub
Back to top
Loading Comments...