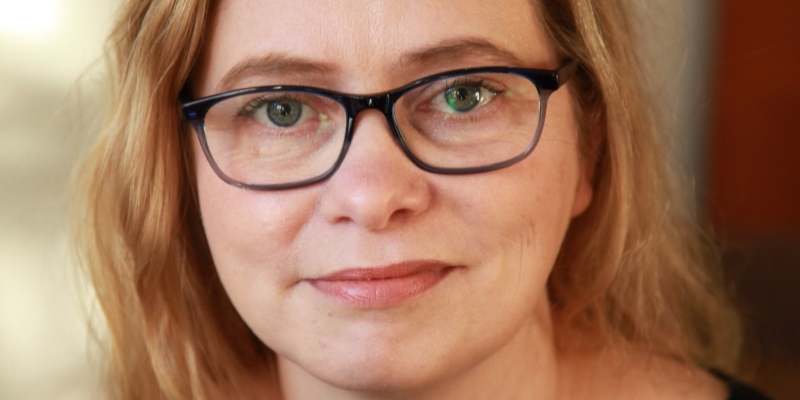 Anakana Schofield is the guest. Her latest book, Bina: A Novel in Warnings, is out now from NYRB.

AS: Well, there’s a bit of a history with my team, because I discovered basketball at the local kebab shop. I played netball when I was young, which is the sport that—I don’t know if they really play it in North America, but girls play it.

AS: No, it’s like basketball but you’re not allowed to bounce it, and there’s no backboard, and I think the net is a little bit lower but I’m not sure. I just want to say, 1983, wing attack, left on the bench. Hashtag never forget. I was a really good wing attack, and I was maligned. So I feel like my midlife crisis hasn’t been a crisis; it’s just been about discovering the sport of basketball. There’s no crisis involved.

BL: As a spectator.

AS: As a spectator. Basketball is a very literary sport. Think about the idea of a play. How is that not like a sentence? My favorite thing about basketball is the passing. I love the passing—and the bouncing. That bouncing. Seriously, that’s so much like a sentence. Unfortunately I’ve embraced toxic masculinity, apparently, because now I’ve started to care whether we win or lose. For the longest time, I didn’t give a damn. I got so excited about the other team. I mean, I still get excited about the other team. There’s nothing like the lines of it and the sound and the rhythm. And I love that there isn’t all that hugging and kissing.

AS: But there’s no hugging and kissing. You get a basket, boom boom, you’ve gotta boom boom down to the other end because they’re getting a basket down there. Whereas hockey, soccer, you get a goal and it’s like, OK, now we’re going to break for ten minutes.

BL: I gotta take my shirt off.

AS: I don’t want all that. I just want more passing. Don’t even score any baskets! Just keep passing the ball around and bouncing it. I think it’s so interesting. It’s so balletic. It’s like contemporary dance. And then I just think about those plays—they remind me of iambic pentameter. Do you know what I mean?

BL: This is the nerdiest take on basketball, ever.

AS: I will say, I always manage to come up some unique position. This is my actual talent.

Anakana Schofield is an award-winning Irish-Canadian writer of fiction, essays, and literary criticism. Her previous novels are Malarky (2012) and Martin John (2015). The UK edition of Bina won the Irish Novel of the Year Award in 2021 and was shortlisted for the Goldsmiths Prize 2020. She lives in Vancouver, British Columbia. Author photo by Arabella Campbell. 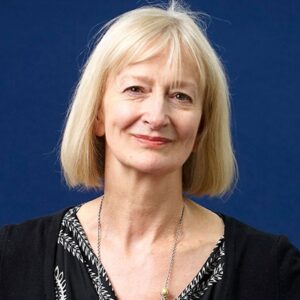