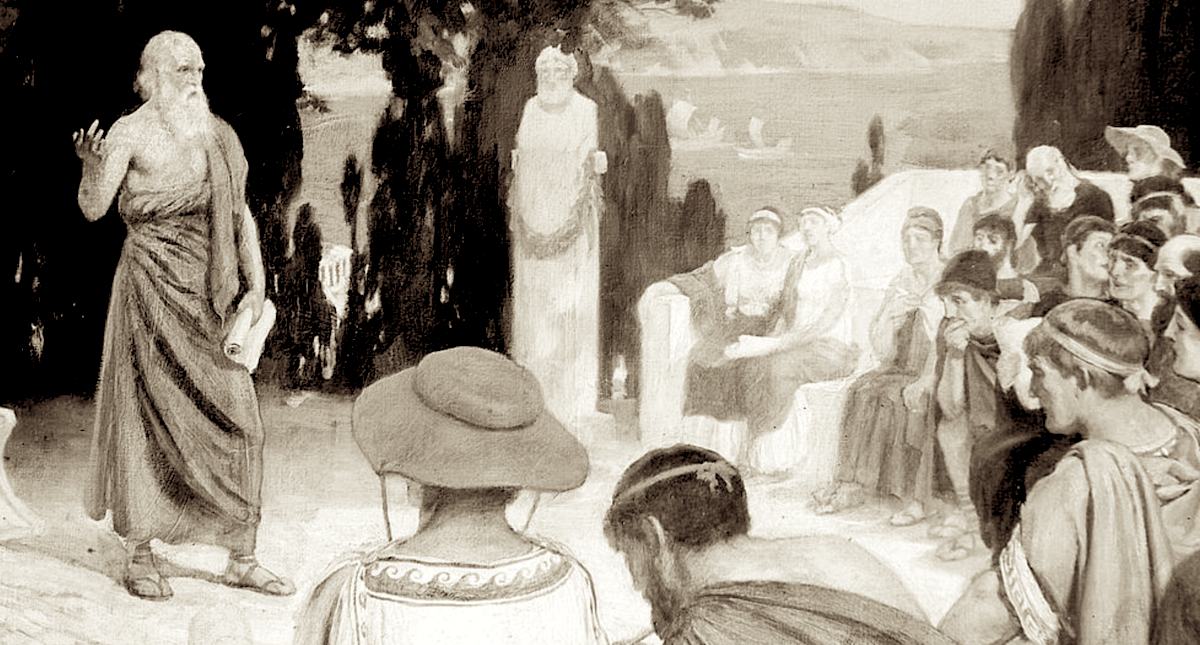 Before the Essay, the Lecture: Nonfiction’s Lost Performative

Mary Cappello Takes up a Question Virginia Woolf Once Asked

In 1934, in curious approximation of a correspondence between Sigmund Freud and Albert Einstein, titled, “Why War?,” Virginia Woolf published an essay with the cryptic title, “Why?” It was a call to bring the then over-abundance of lectures and lecturing to an end: if print media had replaced the lecture, why must we still attend lectures? “Why lecture, why be lectured?” At the heart of Woolf’s essay lodges an unforgettable aphorism that goes: Now the human voice is an instrument of varied power; it can enchant and it can soothe; it can rage and it can despair; but when it lectures it almost always bores.

Of course Woolf’s essay, which quite possibly began as a lecture, does not bore. It is shot through with humor and novelistic mise en scènes; it is punctuated with fury and a series of ever-mounting repetitions that sound and resound into a magnificent rallying cry against the lecture and lecturing.

“Why,” Woolf asks, “continue an obsolete custom which not merely wastes time and temper, but incites the most debased of human passions—vanity, ostentation, self-assertion, and the desire to convert? Why encourage your elders to turn themselves into prigs and prophets, when they are ordinary men and women? Why force them to stand on a platform for 40 minutes while you reflect upon the color of their hair and the longevity of flies? Why not let them talk to you and listen to you, naturally and happily, on the floor? Why not create a new form of society founded on poverty and equality? Why not bring together people of all ages and both sexes and all shades of fame and obscurity so that they can talk, without mounting platforms or reading papers or wearing expensive clothes or eating expensive food? Would not such a society be worth, even as a form of education, all the papers on art and literature that have ever been read since the world began? . . . Why not invent human intercourse? Why not try?”

As women we’ve still to take back the night, to say nothing of the lectern.

I am totally with Virginia Woolf in wanting to create a newform of colloquy, to move with others and across affiliations in the collective formation of ideas—to converse—to arrive at a dwelling in common where real discussion can be had; but, rather than ask “why lecture” with Woolf, I want to know if it is possible to re-inhabit what was great and stirring about the lecture when it was a form of art.

This requires restoring the lecture’s affiliation with the essay, not, in the process, to arrive at a lecture that comes to its point, and does so with dazzling aplomb, but to re-value wandering ways: to distinguish the boredom that lectures characteristically instill from the even-hovering attention they can incite; to court the counter-intuition of going on a journey with a wandering guide, then to share what is noticed—the marginal, the ephemeral—precisely because of the way that lecture holds you, as the necessary effect of its hover and drift.

Midway between a sermon and a bedtime story, the lecture is knowledge’s dramatic form. Nonfiction’s lost performative: the lecture. Cousin to the essay, or its precursor: that non-genre that allows for untoward movement, apposition, and assemblage, that is one part conundrum, one part accident, and that fosters a taste for discontinuity.

Now it’s possible that no one who has been lectured to would wish to ponder this with me—the lecture as lost and forgotten literary form—because the “to” in the first place would have dispirited him. I mean, nothing about the poor lecturing habits most of us have fallen heir to would make us want to hang around and contemplate what had just happened from the vantage of our seat in the proverbial hall.

“To” is just as bad as “at” where the lecture is concerned: in each case, you and I feature as a wall of sorts to which wet strands of spaghetti, once flung, might or might not stick. Moving in and around, behind and before, but never at; more circular than square, occasionally spiraling and looped, compressed and exhibited, exposing and exposed—that’s the lecture I wish to contemplate of the still-to-be.

But why? As Woolf might ask. Why here? Why now?

In 2017 when I delivered the lecture from which this little book has grown, I found myself saying that as women we’ve still to take back the night, to say nothing of the lectern. We need to take back the lectern from Sean Spicer who uses the lectern as a prototype for his boss’ wall, or as Melissa McCarthy instructs us, as a weapon: a literal bludgeon. “Don’t lecture me!”

Now lecture has a superannuated superego effect. When “lecture” becomes a homonym for “hector,” we know we’ve fallen on bad times. I prefer “intone” as the lecture’s operative verb—a lecture as an intonation on . . . an invitation toward. . . fill in the blank, fill in the verb.

The essence of the lecture isn’t the what but the how, how they say it, which is to say, inhabit it.

Why turn our attention in the direction of the lecture? Because, no matter if we’re writers or readers, students or teachers (and I’d venture to guess we’re all always both, in or out of a classroom, in politics or in love), we want always to be rediscovering the forms that are at our disposal. To take nothing for granted. It’s not enough to be conversant with the very modes by which the order of things is understood, conveyed, and shaped. We need actively to re-invent those.

Following Michel Foucault, we want to “grasp the implicit systems which determine our most familiar behavior without our knowing it” [and thereby] “make the cultural unconscious apparent.” To put into question our modes of enactment and conveyance, even to revolutionize them.

Think of the great lecturers you have known if you’ve had the good fortune of knowing any. The essence of the lecture isn’t the what but the how, how they say it, which is to say, inhabit it; embody it; sing it; or, to put this another way: is attendance at a lecture about a will to knowledge or a will to listen? 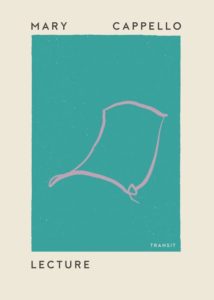 Excerpted from Lecture. Used with the permission of the publisher, Transit Books. Copyright © 2020 by Mary Cappello.

Mary Cappello’s six books of literary nonfiction include a detour on awkwardness; a breast-cancer anti-chronicle; a lyric biography; and the mood fantasia, Life Breaks In. A former Guggenheim and Berlin Prize Fellow, she is a professor of English and creative writing at the University of Rhode Island. She lives in Providence, Rhode Island, and Lucerne-in-Maine, Maine. 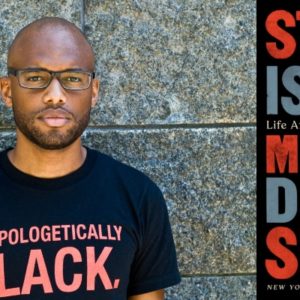