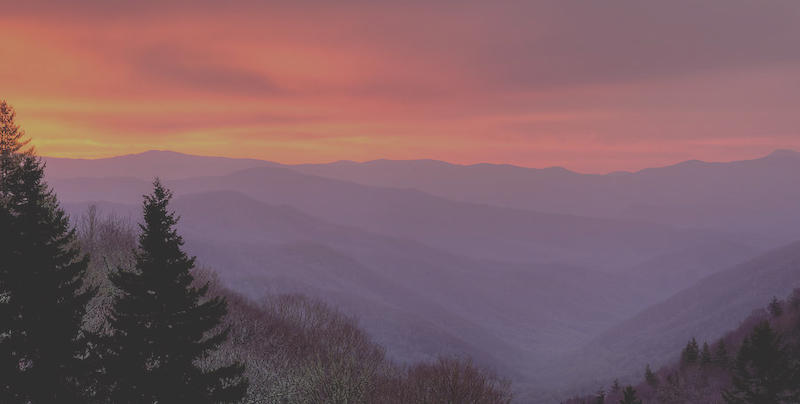 “Before I Was Anything”

A Poem by Zeke Caligiuri

Before I was anything
I was an abstraction, sound waves
moving through glycerin.
Before the effigies of my generation
in orange jumpsuits started tattooing
cuffs on their wrists, bars on their hearts,
I was a red jumpsuit
running under evergreens
on the edge of a mountain.

Back then, I was a story
they would tell me my whole life.

Before I was anything
I was an open school education.
Cracks big enough to climb down into
strange fleeting minutes alone,
subterranean stairwells, where feelings
as vacuums consume
moving photographs of moments
compressed between years, bound
to one another––the ones they said
would come eventually and go away
so quickly.

That was before
City Center was Mecca
and kids made Hajj
stealing Girbauds from Dayton’s
and looked at all the people they knew
on the wall in the holding tank
in the basement.

I was a poem carved
in the glass on the backseat of the five bus.

That was before I became time,
stories, smoke accumulated in the walls.
I was still standing on that rooftop
watching tricks circle the block.
I was still on the bus,
behind a janitor’s uniform
and the smell of fryer grease.
I was already on fire.

Before I was anything
I was already something my parents
could never explain, dressed up
in imagined colors.

I became a blue shirt, guileless ghost
hovering through hallways.
And I am still sound waves
moving through glycerin
atoms collapsing,
but it’s okay Baby New Year, on the cusp
of a baby new horizon––it’s okay
I’m still the abstraction
that will maybe write that poem,
or change the last one.
Tell the story
or write my way back to life. 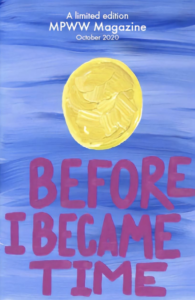 “Before I Was Anything” by Zeke Caligiuri is featured in a limited edition magazine, BEFORE I BECAME TIME, which is available for purchase now. All proceeds from magazine sales will be donated to the Minnesota Prison Writing Workshop.

Zeke Caligiuri is a writer and activist from South Minneapolis. His book, This Is Where I Am: A Memoir was a finalist for the Minnesota Book Award. His prose has been anthologized in "Prison Noir" edited by Joyce Carol Oates and "From Education to Incarceration: Dismantling the School to Prison Pipeline." He has very strong opinions about criminal and prison justice and the carceral state. Ask him about them.
Share:

Artist Lauren Halsey on the Shape-Shifting Possibilities of Afrofuturism

Towards a Definition of the Brown Commons 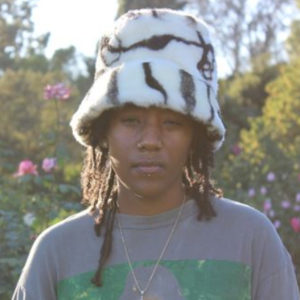 Artist Lauren Halsey on the Shape-Shifting Possibilities of Afrofuturism Hosted by Paul Holdengräber, The Quarantine Tapes chronicles shifting paradigms in the age of social distancing. Each day,...
© LitHub
Back to top
Loading Comments...