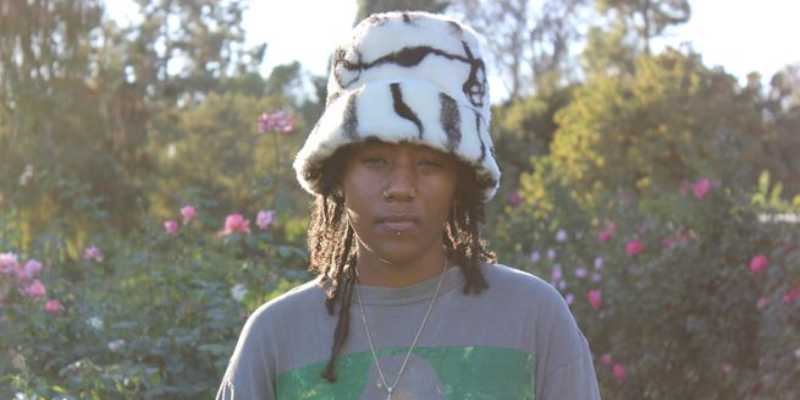 Artist Lauren Halsey on the Shape-Shifting Possibilities of Afrofuturism

On Episode 121 of The Quarantine Tapes, Paul Holdengräber is joined by artist Lauren Halsey. This year, Lauren founded the Summaeverythang Community Center in her neighborhood in South Central Los Angeles. Since the start of the pandemic, the center has distributed more than 11,000 boxes of produce to the community. Lauren and Paul discuss her ethos in her art practice.

She talks about her long-standing interest in the relationship between architecture and mythmaking, what ephemera she has been collecting lately, and how Afrofuturism opens up a space of possibility and transcendence in her imagination. Finally, Lauren talks about her vision for the community center beyond the constraints of the pandemic and how important service and a connection to her community is to her life and her practice.

Paul Holdengräber: Lauren, you’ve said that one of the things you like about Afrofuturism is that it transcends time and allows you to be everywhere at once. What becomes possible when time opens itself in that way that you describe?

Lauren Halsey: I’m not bound to any sort of human baggage or earthly problem. Because a lot of it has to do with mythmaking, and that mythmaking—not all of it, but some of the conversation around Afrofuturism and mythmaking these sort of fantastical origin stories for how folks arrived from Africa to America—also showed up in a lot of really beautiful ideological groups that I came across when I was living in Harlem. With a few of those groups, or members of those groups collectively, we were able to dream up new space because we were already so deep into this mess. And we all expressed it in different ways. It was writing some music for me. It was remixing the function of the hieroglyphs. It just feels like endless possibility that I’m able to shape-shift not just myself but identity, representation, future, people, images. It’s just everything at once. I can be some of everything, which I love.

Paul Holdengräber: You’re working precisely on a variety of what you call hieroglyphic architectural structures. You’ve begun to answer that question before: why are hieroglyphs such a potent form of communication for you, and what kind of meaning do they carry? It was so interesting to read about them.

Lauren Halsey: Yeah. So, I grew up with a father—he doesn’t perform this so much anymore in his persona or personality with me, but with a sort of, and I don’t mean this in an aesthetic way, but more like meaning and I guess a poetic way—a father who is sort of like a Sun Ra figure. And definitely deeply into or committed to his studies in myths around ancient Egypt and dynasties, and queens and pharaohs in ancient Egypt, and would try to teach me about my bloodline or about this dynasty or whatever. So growing up with that in my bones, growing up with the Parliament-Funkadelic and the way they moved through the cosmos, whether that was outer space, ancient Egypt, underwater, Washington D.C., Chocolate City, whatever. And then, watching those images once the internet came out, YouTube came out, and I was able to watch the funk operas that Funkadelic was doing in ’76 and ’78.

And then it sort of landed for me when I moved to Harlem and I met, as I was describing, some of those ideological groups who were taking the myths around ancient Egypt—which are all very personal, it’s not just one thing—but were taking the myths and expressing them in a tangible way, along with the heart space and the head space. And so, I was meeting folks who were actually like pyramid builders and designers who had been doing that work as sculptors and self-taught architects in these groups since the 90s. And that felt very powerful for me.

At the time, I was going to the Met a lot, and for the first time seeing actual artwork from eras in ancient Egypt, and I started thinking what form I could remix to describe contemporary people but through this pharaonic lens, and I landed on the hieroglyph as a tool. I’ve been carving them ever since. It’s been a very long journey, about seven, eight years, but I’m working toward building, in collaboration with my neighborhood, a hieroglyphic architecture that describes past, present, future of Los Angeles on its surface of the architecture. 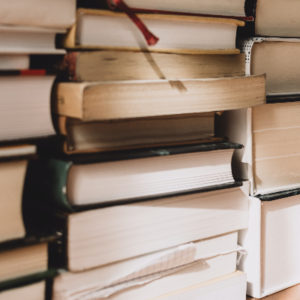 When I put down William Germano's Getting It Published (University of Chicago Press, 2016), I looked up and began to wonder....
© LitHub
Back to top