“Bee on a String” 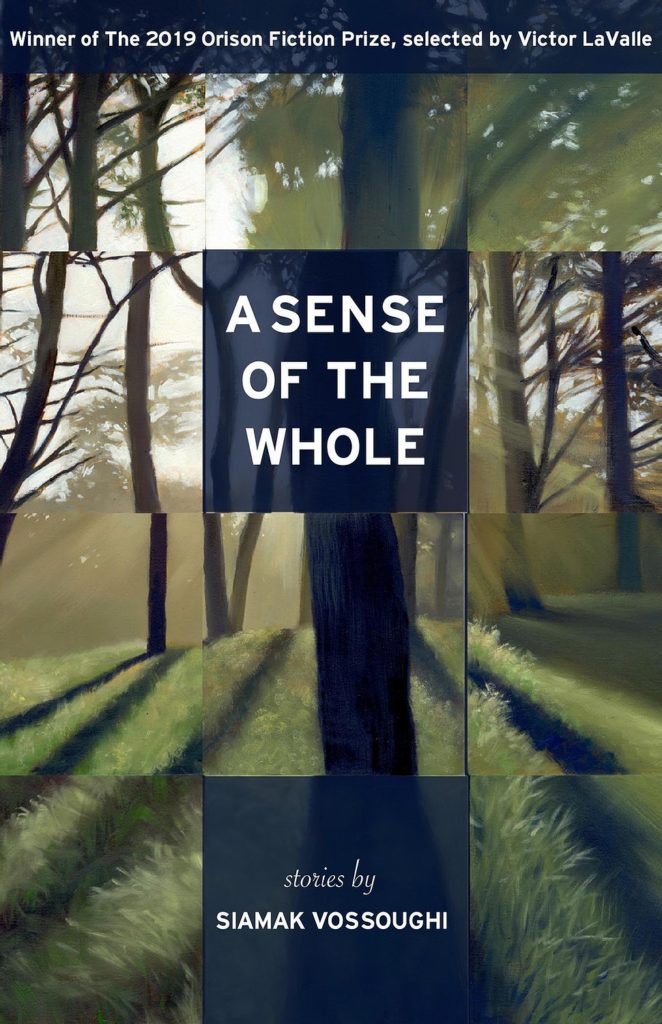 The following is Siamak Vossoughi’s short story, “Bee Strings,” excerpted from his upcoming short story collection, A Sense of the Whole. Vossoughi’s first collection, Better Than War, received the 2014 Flannery O’Connor Award for Short Fiction. His stories have appeared in Glimmer Train, Kenyon Review, The Missouri Review, and The Rumpus, among other places. He was born in Tehran, Iran and currently lives in Seattle.

What we would do was, we would catch the bees while they were inside a flower, using a plastic bag, and we would take them and put them in the freezer at Marcus’s house, and Marcus’s mother didn’t like it but she didn’t stop us­­­­—­she seemed to think there were worse things twelve- and thirteen-year-old boys could be doing, which was true, though probably not from the bees’ perspective. Ten minutes in the freezer was about the right length of time, and we would take them out, and while they were alive but still, we would tie one end of a piece of string around their bodies. Something wonderful would happen­—the bee would move a leg, and then an antenna and then its whole body would start to beat again, and it would get its wings back, and then we could honestly say we had done something with a warm day in late spring, which was, we had gotten ourselves a bee on a string.

If we had been poets instead of twelve-and thirteen-year-old boys, we might’ve tried to write something about how nice it was there in Marcus’s garden with the bees buzzing among his mother’s flowers and no expectations of us anywhere in the world on a Saturday near the end of the school year, except our own expectation to make the day last as long as it could. We recognized the way the bees and their activity contributed to that feeling, and we wanted to do something about that. A poet can do that with a poem, but a boy is in need of more direct action. They were the ones who really understood nature, the bees were, because they could combine the beauty of the day with work, and we wanted to get some kind of access to that realm, and even though we would have admitted that what we were producing wasn’t as good as honey, we still thought it was pretty good.

A bee on a string. It looked to us as much like the start of summer as anything else could.

It must’ve looked like something to John Vasilias, who came to take Marcus’s sister, Sarah, down to the lake. The three of us: me, Marcus, and Arijit, each holding one end of a string and trying to avoid the other. It took your full concentration. You didn’t want to let go, but the bees would catch on that the thing at the other end of the string was something they could sting. It was because we were focusing so hard that we felt like we could get a little smart-alecky with John Vasilias. He was the guy who, whenever I was playing basketball in my backyard and I heard a car going fast down Hedgebrook with loud music playing, I assumed was him. He scared us all a little.

We didn’t look directly at him the whole time. We couldn’t really afford to. It took a special kind of dance to hold the string and avoid the bee. John Vasilias could see that himself. I couldn’t think of any other circumstance under which we could have been smart-alecky with him. Anywhere else, it would have been our demise. But we had the bees on our side. And by extension, everything else about the warm day that went with them.

We recognized the way the bees and their activity contributed to that feeling, and we wanted to do something about that. A poet can do that with a poem, but a boy is in need of more direct action.

John Vasilias was thrown, but he got his bearings back when Sarah came outside. I had to admit that going down to the lake with her looked like a pretty nice thing to do with a warm day, too.

She shook her head and smiled when she saw us. “Don’t get stung,” she said.

Arijit and I both turned to her to smile back, but we had gotten too close to each other and, in that momentary lapse in our concentration, our bees flew toward each other and tangled their strings. We both tried to untangle at the same time, but as we got closer to each other it got worse, and meanwhile the bees were still coming in our direction, until there was nothing to do but let go and watch them fly off together in the sky, where they still had their strings tangled but at least they had each other.

“I guess you’ll have to lasso some new ones,” said John Vasilias.

“I guess so,” Arijit said. He and I looked at each other. Marcus was still wrangling his bee, but he paused to look in our direction.

“I’m starting to feel bad about it,” Arijit said. He and I looked at Marcus. If we were going to be suddenly struck with sympathy for the bees, we had to give it some direction.

“But you guys are bee wranglers,” John Vasilias said.

“Yes, but what did those bees ever do to us?”

“I just want to see them lasso one bee.”

The one time in our lives when we could treat John Vasilias as an equal, that we could mess with him a little bit, as if we were all of an equal standing, and here it was slipping away from us. A guy like that was very aware of his standing, too. I thought of the two bees who had flown away with their strings tangled. I wished I was one of them.

Arijit took a new piece of string and tied a little loop in it. John Vasilias watched closely. I thought what a crazy thing a guy’s standing was. Here he could go down to the lake with Marcus’s sister on a nice day, but instead he was watching us kids messing around with bees in the garden. Then again, if he had just left, we would’ve told everyone about how we’d fooled him. That was pretty much certain.

Arijit and I both turned to her to smile back, but we had gotten too close to each other and, in that momentary lapse in our concentration, our bees flew toward each other and tangled their strings.

He lowered the string into a flower where a bee was.

“You have?” John Vasilias said.

“Yes. He’s right. Sometimes it works and sometimes it doesn’t. But I want to go to the lake.”

There was a look in her eyes just after she said it. She glanced at us, and it was very quick, but I was sure I saw it. It was a look that said, I’m not always going to like guys like John Vasilias. It was as though she wanted us to know. And I felt sorry for him just then. He wasn’t a bad guy. He just relied too much on standing. If he hadn’t been like that, we might not have tried to fool him in the first place.

You could tell he didn’t want to go yet, that he wasn’t sure how the whole thing was going to affect his standing.

I tried to look quiet, like I wasn’t planning on telling anybody, which really. I wasn’t. It had been enough to see Marcus’s sister give us a look like that.

None of us said anything. It certainly didn’t feel like anything worth arguing about. John Vasilias and Sarah got in the car. He turned the music on loud and they drove off so fast the tires screeched.

There was a look in her eyes just after she said it. She glanced at us, and it was very quick, but I was sure I saw it. It was a look that said, I’m not always going to like guys like John Vasilias.

We didn’t catch any more bees after that. Marcus cut the string from his and it flew off into the sky. We sat on the grass and watched the bees among the flowers. Maybe there would be a time when we would find something else to do about how nice they looked, but we didn’t know what it was yet.

We tried playing basketball, but it was too hot, and as soon as one guy made a lazy move, the others would feel lazier too, so Arijit and I decided to walk home.

That was what I was really looking forward to, because I wanted to ask Arijit if he’d seen the look on Marcus’s sister’s face. I couldn’t believe she even cared what we thought, but it had seemed in that moment, she did. I guessed there must have been something about John Vasilias she liked. But a guy ought to be able to let some kids call themselves bee wranglers for a minute, even if it wasn’t right to stick those bees in the freezer to do it. We would’ve told him the truth if he would have let us have the joke.

It wasn’t until we started walking that I realized that at the heart of it was girls and the mystery of why they liked who they liked. We couldn’t open that up between us because it would be like floating off into some vast and endless sky. So, we turned to something more certain and we talked about where those two bees on strings were by now.

Here are the 2020 Kirkus Prize winners. 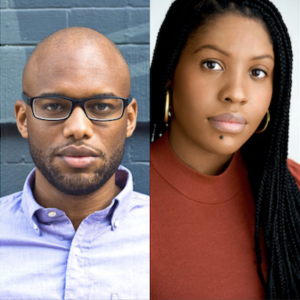 Here are the 2020 Kirkus Prize winners. Tonight, at its special virtual ceremony hosted from the Austin Central Library, Kirkus Reviews announced the winners...
© LitHub
Back to top