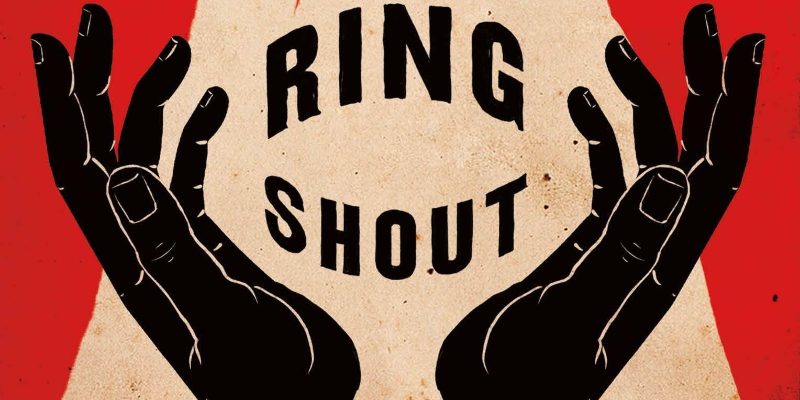 P. Djèlí Clark’s new novella, Ring Shout, is a fantasy built around an ugly moment in American history: the emergence of the second Ku Klux Klan in the early 20th century.

The story follows three monster hunters: Maryse Boudreaux, who wields a magic sword; Chef, who had previously disguised herself as a man to serve with the Harlem Hellfighters during World War I; and Sadie, a sharpshooter who calls her Winchester rifle Winnie. The monsters are Ku Kluxes—member of the KKK who have transformed into huge, six-eyed, pointy-toothed, flesh-eating demons.

In addition to an award-winning writer of speculative fiction, Clark, who writes under a pen name, is a professor of history at the University of Connecticut. The idea to turn hate-filled racists into larger-than-life demons came from his work as a historian.

When reading narratives of formerly enslaved individuals collected by the Federal Writers’ Project, he’d been struck by the way they described the KKK. “They often talk about them … wearing simply a pillowcase, sometimes having bells on them, sometimes having horns or tails,” Clark says. “And they speak of them as haints, that is as ghosts and spirits.”

Rob Wolf: When Ring Shout opens, the main characters, Maryse, Chef, and Sadie, have baited a trap for the monsters. What are these monsters?

P. Djèlí Clark: There are many monsters in this book, but the key monsters are creatures called Ku Kluxes. And I think everybody will pretty much understand what I’m getting at here. They are basically members of the Klan who have been transformed into demonic creatures. It doesn’t happen to everyone, but it happens to those who have given themselves over fully to the ideas of the Klan and hate.

RW: What it’s like to be both a historian—an expert on facts—and also a fiction writer, which, I suppose, you could think of as an expert on non-facts?

PDC: What’s interesting is that my speculative fiction writing career and my academic career took off very much at the same time. I had been writing short stories and getting some publications, but my first really big publication and tour was a story called “A Dead Djinn in Cairo,” and this story came out the very day I was walking to get my PhD. Call it coincidence or kismet.

It’s been something to juggle the two. To be honest, I often sought to keep them separate. … But that attempt, I think, has proved a bit futile because it seems that the two worlds end up blending in some ways. I quite often end up bringing some of my skills as a researcher, or some of the histories that I go over end up influencing my writing, whether I’m aware or not.

It is an interesting dynamic, a person who is supposed to be concerned with facts and the other person who is thinking more creatively and speculatively. Yet at the same time, there are ways that it’s not so different. I study the history of, for instance, enslaved people, slavery and emancipation. Finding the voices of enslaved people, finding out what they thought is very difficult. There weren’t a lot of people going around asking them what they thought during that time. And so what you have to do, if you’re trying to understand an enslaved person, you might read a lot of court records or you might try to read what their owners thought and then you have to speculate and piece together that enslaved person’s life.

RW: A main event of the book is a showing of The Birth of a Nation. The Ku Kluxes want to use the showing to conjure a super monster. In real life, The Birth of a Nation laid the groundwork for the second KKK. Can you talk about the film as both a historical artifact and the role that it plays in your book?

PDC: I teach a course on slavery and cinema, and I start the course right around The Birth of a Nation, the birth of modern cinema. The movie is very much a “lost cause” film that tries to assert that slavery was benevolent, that describes free Black people in brutish ways. And the movie’s heroes are the Ku Klux Klan. It came out in 1915 … and there was nothing like this in film. Nothing this long, nothing with such a score, nothing with the type of visual angles and photography, which is why it’s still considered to be, in many ways, the progenitor of modern filmmaking.

This two-dimensional image worked on people’s imaginations so much that they saw it as real. It also helped amplify much of the anti-Black prejudice, which was simply common at the time. And as you point out, the film’s perhaps the most infamous accomplishment is that when it is seen in Georgia, a white Georgian there, William Joseph Simmons, decides to gather up together some other men and use ideas from The Birth of a Nation and the film itself as a recruiting tool.

They meet on Stone Mountain, and they form the second clan. The second Ku Klux Klan is much larger than the first. The first Klan was pretty much isolated to the Confederacy, and by 1915 it had been all but been vanquished. … They got what they wanted, which was Jim Crow in the South. It became a fully segregated society. Black people were pushed from government. But Simmons, after this film, decides to resurrect the second Klan. And this Klan has new enemies. It hates Catholics and hates immigrants. It hates Jews. Of course, it hates Black people, as it always had. But its scope and magnitude just expands, so that in a few years, by the 1920s, the second Klan is not just confined to the South, it’s all through the Midwest. It’s in New England. It’s in Maine. It’s in Seattle. It has men and women and children as members. I think the numbers may be anywhere from two to four million. It’s running people for office. It is influencing politics. It’s just massive. This is the era I was trying to get at and why I thought it was important to bring them into the story.

Born in New York and raised mostly in Houston, P. Djèlí Clark spent the formative years of his life in the homeland of his parents, Trinidad and Tobago. He is the Hugo and Sturgeon nominated author of the novellas The Black God’s Drums and The Haunting of Tram Car 015. His short story “The Secret Lives of the Nine Negro Teeth of George Washington” (Fireside Fiction) has earned him both a Nebula and Locus award. Clark lives in Connecticut.

"Bee on a String"

The Longstanding Love Affair of Cocaine and Surfing 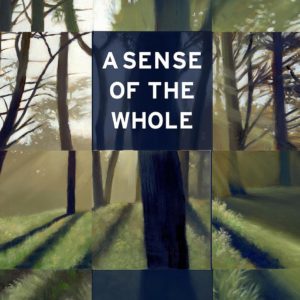 "Bee on a String"

What we would do was, we would catch the bees while they were inside a flower, using a plastic bag, and we would take them...
© LitHub
Back to top