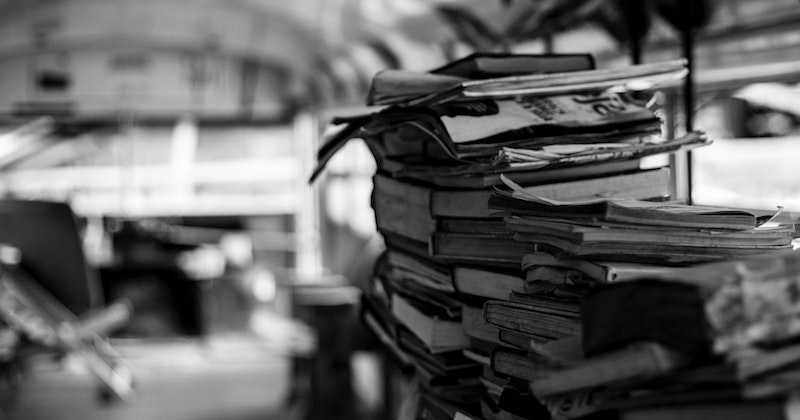 Christopher Sorrentino on a Year of Literary Success and Personal Cataclysm

This wasn’t how it had been supposed to go in 2005. The story of 2005 was supposed to be the publication of Trance and my elevation to the plane of “significance.” Well before I was aware of my father’s illness, my anticipation of the payoff I had coming for my years of work had begun to erode something that had been holding me together, keeping me normal. After I’d finished writing, in 2004, I’d looked up for the first time since the turn of the century and seen clearly the small and tightly controlled existence I’d developed. The book had justified the existence; the existence couldn’t justify itself. With time on my hands, I could already feel restlessness taking hold.

What I’d been doing, really, was the same thing I’d done in Palo Alto more than twenty years earlier, when I’d gone to work each day and saved 90 percent of my money: the discipline I’d displayed had only been an exquisitely drawn-out build-up of tension leading to a vastly decadent and vastly disappointing release. When the book was published in July 2005, and the reviews began to appear, my self-admiration was such that I already had begun making the mistake of planning ahead based on the specious and inflated currency of prestige. Things would get bigger: they had to.

It might have worked out. There are lots of ways of releasing tension, some stupid, some not so. Nelle already had voiced her alarm about my drinking. It’s likely that, if my father hadn’t gotten sick, I would have gotten hold of myself a lot sooner. But “getting hold of myself” already seemed like the enemy of fulfillment even before I’d learned about my father. I was high as a king. Hadn’t whatshisname from the Podunk Gazette called Trance the greatest novel since a couple of months ago? This feeling of manic elation collided at high speed with the news of my father’s illness. I stumbled, regained some control—and then I was named a finalist for the National Book Award. On the meaningfulness of literary honors I have very little opinion. It would have been nice to win, but I did not.

What did happen was that a subjective and chancy selection process pushed me back into a state of mania. I was delusional generally throughout this time, kept afloat by a fantasy that placed what I wanted at the center of everything. Maybe I’d always had it there, but for the last decade I’d deferred and deferred, first taking care of my kid for four years and then taking care of a book for another four. Now my venal desires (to be a big-time writer, to live more expansively, to have money to spend) were joined by the desperate desire for my father to get better. The conclusion I drew was that the two were related.

Writers want to get it right, believe that the perfected arrangement of language will supersede the universe it pretends to map. But God is no writer and God is no lawyer.

Here’s a good moment to talk briefly about intentionality and magical thinking and their role in my parents’ lives and mine. They were, and I remain, superstitious and prone to rituals, incantations, and compulsive gestures. My parents spoke of gods and furies, of the Evil Eye; of the power of looks, thoughts, and especially words to bring things into being. In the privacy of their minds, I think things were even darker and more idiosyncratic. My parents’ pathological adherence to routine reduced—stylized, really—their lives to the condition of pageantry, but soothed something in each of them.

The panic I continually fight against gives me, I think, an accurate idea of what their emphatic rejection of spontaneity or impulsiveness was put in place to ward off. In exploiting what I shared of these tendencies to facilitate the writing of Trance, I’d done serious damage to my life and my marriage. To have come out at the other end of the process to find out that my father was sick didn’t help me recognize how completely off the air I’d been for four years, but it did help me declare the neat regularity of my life to be the enemy. The whole point of the routine hadn’t been about writing a book efficiently, it turned out, but about protecting and insulating everything in the world from change—and it hadn’t worked. It hadn’t worked for me and it hadn’t worked for my parents, either. Otherwise, why would my father be dying? I’d been good—I’d sat in a broken chair!—yet he was dying. He’d been good. My mother had been good. Their whole lives had been a kind of broken chair in which they dutifully sat. But God was killing him anyway.

Did I really think in terms of God? I believe I did. I believe I bargained and wheedled with the merciful, gracious, longsuffering One, the bright morning star, filling both roles in the dialogue. Of course the National Book Award was a test. A great temptation. I was supposed to want the right thing.

What do you want? God asked. The prize or your father?

Oh, my father, my response must have gone. Well, the prize is tempting, of course.

But I want my father more. Yes, absolutely.

You’re saying you’ll sacrifice the prize if I let your father live.

So it’s a matter of giving one thing up in order to keep the one you prefer.

Very presumptuous. And what if this is it for your career? You hit a wall here and now, but keep your father?

Your father’s not going to last forever either way.

Exactly. I think it’s fair if the deal just covers this one time, this one book.

You are presumptuous, aren’t you?

Listen, do I get a choice or not?

Ha ha, you never had one.

Trapped in phraseology, syntax, grammar, precise qualification and quantification—well, what else had my life been about? Our lives, my father’s and mine. Writers want to get it right, believe that the perfected arrangement of language will supersede the universe it pretends to map. But God is no writer and God is no lawyer. The universe couldn’t care less. 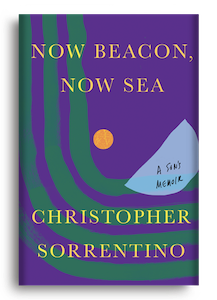 Christopher Sorrentino is the author of six books, including Trance, a National Book Award finalist, and The Fugitives. His work has appeared in Esquire, Harper’s Magazine, The New York Times, The Paris Review, Playboy, and many other publications. He has taught at Columbia University, New York University, The New School, and Fairleigh Dickinson University. Now Beacon, Now Sea: A Son's Memoir is his latest book. He lives with his family in New York City.

Sophie Ward on Jane Eyre, Macho Sluts, and To Kill a Mockingbird 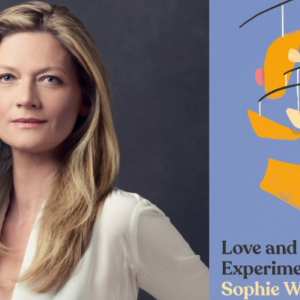 Sophie Ward on Jane Eyre, Macho Sluts, and To Kill a Mockingbird