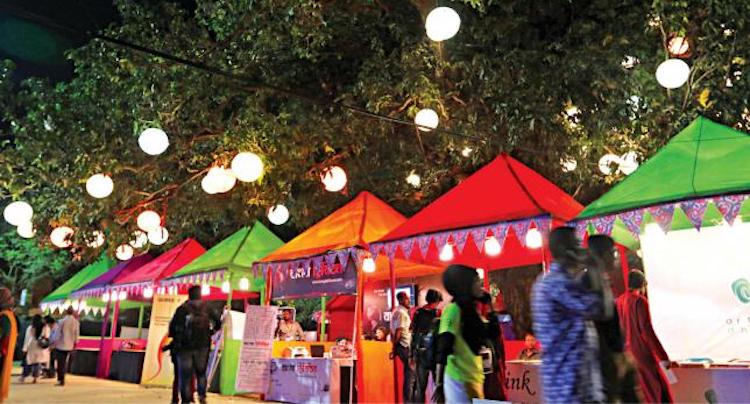 VIA INDEX ON CENSORSHIP MAGAZINE

Life Sentences for Questioning the History of a War

A high-end cafe in an upmarket hotel in Dhaka is packed with people having morning meetings and going about their day as normal. It’s a notable change from a few months ago when a terrorist attack in the summer on a similar cafe left 20 dead and punters stayed away from public spaces.

The return to normality however is relative, as Ahmad Mostofa Kamal explains over coffee. The award-winning writer is still under death threat from extremists.

“I always have that feeling of looking over my shoulder. I can never relax. Even today when I entered the building, I looked around to check if I was being followed,” he told Index on Censorship magazine.

For writers this is not just paranoia. Bangladesh has seen a series of fatal attacks since 2013 against writers, publishers and bloggers. In 2015 a hit list of 84 names was circulated on the internet by Ansarullah Bangla Team, commonly known as Ansar Bangla, which is a militant group with links to al-Qaeda. Many of those on their hit list were labelled “secular bloggers” because of their atheist views and nine from the list have since been killed.

Ansar Bangla is thought to be one of the most active terror groups in Bangladesh and has been officially banned by the government.

According to blogger Arif Jebtik, who has also found himself under threat, “the fatal attacks have resulted in self-censoring, even among those who are not directly threatened.” He reports how websites and blogs have closed down and many bloggers have left Bangladesh and haven’t started writing again.

“Those like me who are here do not feel it is worth the risk. What if my son loses his father? Being under threat changes your life,” Jebtik told Index.

Fighting for the right to express oneself has been at the core of Bangladesh’s struggle for national identity. The constitution is based on secular and democratic principles, with every citizen having the right to “freedom of speech and expression,” albeit “subject to any reasonable restrictions.”

But the ability to speak and write freely and without fear, which has enabled a rich and diverse literature and culture to flourish over centuries, is now under threat, not only from extremists but also from the government.

While the government was fast to take strong measures against militants after the terrorism attack at the cafe in the summer, they have been slow to ensure justice and to publicly condemn the killings of writers and minorities.

Indeed the government has actually placed the onus on writers to avoid writing anything “objectionable” about religion. The ruling Awami League has called for writers to halt religious criticism and is using the law as their weapon. Prosecutors have brought charges against writers under the wide-ranging Section 57 of the Information and Communications Technology Act 2006 (amended in 2013), which makes peaceful expression a potential criminal act. The act can be used to prosecute anyone who publishes anything on or offline that hurts “religious sentiment” or prejudices the “image of the state.”

Last year, for instance, during the country’s largest book fair, Ekushey Boi Mela, held annually in February to celebrate International Mother Language Day, Shamsuzzoha Manik was arrested for publishing a book called Islam Bitorko (Debate on Islam). The book is now out of circulation, but Manik remains in jail a year later.

At this year’s book fair, the authorities warned against publishing and selling books that hurt “religious sentiment” and police vigilantly surveyed books stalls for any “offensive” material.

What is seen in some quarters as government pandering to the Islamic lobby in the country has also reached schools. Works by Hindu, Sufi and Christian writers, considered stalwarts of Bengali literature, like the great poet Michael Madhusudan Dutt, have been removed by the education department from primary and secondary school text books.

Campaigner Mithun Chakma, an organizer for the United People’s Democratic Front, a small political party from the Chittagong Hill Tracts in south-east Bangladesh, was arrested last July for publishing a blog where he accused a named army officer of abducting the indigenous rights campaigner and feminist Kalpana Chakma in 1996. He also claimed the army had embarked on a “massive cover-up campaign” after her disappearance. Chakma spent three months in jail without formal charges ever being filed against him. He is now on bail.

The draft Digital Security Act 2016 proposes to do away with the contentious Section 57, but there are fears that the new law on cybersecurity may limit freedom of expression even more. Its draconian clauses have been widely condemned by free speech groups; they include life sentences for spreading false information about the 1971 war or about the founder of Bangladesh, seven years for disturbing public order and two years for defamation or harming religious sensibilities.

Despite the squeeze from all sides, individuals are finding ways to write and express themselves, albeit carefully.

Reducing social media presence has been a strategy taken by Kamal, a way to be less in the limelight and therefore actually more free. “I have reduced writing on Facebook. Social media can be very immediate and reactive. I am committed not to compromise on my fiction and to remain in Bangladesh.”

Mahrukh Mohiuddin of University Press Limited, a top Bangladeshi publisher, said: “The challenge is to find the right balance. Being silent is not going to help. There are witty, satirical or subtle ways to say the same thing. Often great writing comes out under difficult circumstances. Some writers are very good about saying what they want to say, even or especially in this present situation.”

Fortunately there are still organisations willing to offer platforms to writers. The Dhaka Lit Fest is one such example. This year the Bangladesh government was a part- ner and provided full security. They did not try to exercise editorial control. The festival attracted an audience of 24,000 and took on controversial topics, including more than one packed session on freedom of expression. The government, in this instance, seemed keen to prove to the outside world that Bangladesh still has spaces for freedom of thought and expression.

Initiatives, personal and collective, reaffirm the importance of continuing to strive for these spaces, before they erode away even more.

This feature originally appeared in the spring issue of Index on Censorship magazine.

Who Will Win the Literary Kentucky Derby? 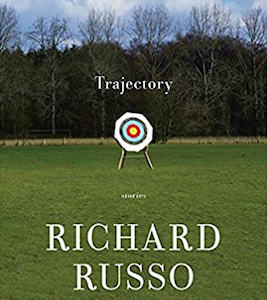 In the film business you hate for things to be fucked up at the start. They’ll end up there, it goes without saying. You’re...
© LitHub
Back to top