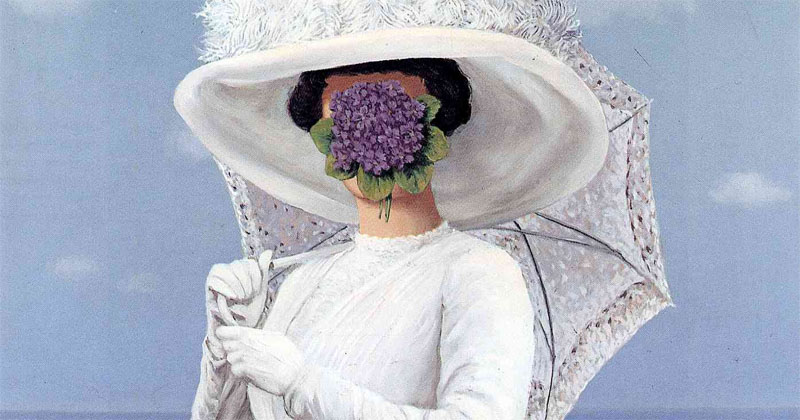 Ballast, Grounding, Subject Matter: On Writers and Their Mothers

The Ambiguities and Uncertainties of Love Make us Who We Are

This year Mother’s Day happens to fall on my birthday, as it does once every seven years. It’s not an insignificant birthday. It has a zero in it and I’ll leave it at that. It is also the first time since my mother died that these dates have coincided. She lived a week shy of her 100th birthday and her memorial service became the party we’d planned, down to the food. Over the years I have thought about the significance of my mother in many ways. Often it is about mundane things such as a painting she gave me or her dishes that I use. But today I find myself reflecting on her role in my life as a writer.

Many people, but perhaps writers in particular, speak of first memories. I have a very clear one of my mother. We are standing in a stairwell and the index finger of her right hand is pointing at my face. The perfectly honed nail is painted bright red. All my life I will admire my mother’s manicures. And I will always fail in that regard. I know where I am on that stairwell. It is an apartment we lived in only until I was three years old. After that we moved to the suburbs and my brother was born. So I must be less than three and I see that finger, admonishing me, for something I must have done.

My beautiful, unhappy, selfish mother. A woman who had an eye for beauty, a desire to see the world, a degree in fashion who ended up designing Halloween costumes for her children. A woman who was obsessed with my looks and not my feelings or my brains, but whose laughter I can still hear. She set her vanity table up in my bedroom so that I spent years, watching her dress for parties, put her make-up on. I still smell her perfume. Always Replique. In clinical terms she was probably a classic narcissist, but that is too easy, too simple. I have reached a certain age, and I cannot explain her away.

Last weekend on a rainy day I was reading Virginia Woolf’s Moments of Being, and I was struck by the passage in which she talks about her mother. Her mother died suddenly on May 5, 1895 when Virginia was 13 years old. Woolf is talking about influences in her life as a writer—“the influence of the Vote or of the War”—and comes to the most significant. “The influence of my mother.” Woolf writes: “It is perfectly true that she obsessed me, in spite of the fact that she died when I was 13, until I was 44 . . . Then one day walking round Tavistock Square I made up, as I sometimes make up my books, To the Lighthouse; in a great, apparently involuntary rush. One thing burst into another.” After writing it, her mother more or less drifted into memory.

To the Lighthouse was published on May 5, 1927—exactly 32 years to the day her mother died. Yet oddly the death of Mrs. Ramsay in the novel is sprung upon the reader. In part one, we grow to love Mrs. Ramsey and her vibrant household. And in part two, we experience her loss. Yet it comes to the reader in a parenthetical aside. “([Mr. Ramsay stumbling along a passage stretched his arms out one dark morning, but Mrs. Ramsey, having died rather suddenly the night before, he stretched his arms out. They remained empty.])” If you blinked, you would miss it, and yet the whole point of the novel—as well as Virginia Woolf’s own personal story—resides in those brackets.

Similarly in Nabokov’s Lolita, Humbert Humbert (whom we would label a sexual predator today) describes the death of his mother also in a parenthetical expression. “My very photogenic mother died in a freak accident (picnic, lightning) when I was three.” That famous parenthesis that explains all. The brilliant poet, Billy Collins has written an entire book of poems entitled Picnic, Lightning which he dedicates to his mother who had recently passed away.

Once I was at the Metropolitan Museum’s Renee Magritte exhibition, looking at all those floating bowler hats and the pipe that isn’t a pipe. On the wall was the description of Magritte’s childhood that went something like this: Magritte had a normal bourgeois childhood. When he was 13, his mother drowned herself in the River Sambra. Afterwards, he attended such and such school. And all I could think was that if his mother had not drowned herself in the river, if Magritte had anything that resembled a normal bourgeois childhood, we would not be looking at these incredible paintings today.

Psychoanalysts have posited that Magritte’s movement back and forth between reality and illusion reflects both the fact that his mother is dead and his longing for her to be alive. Many of his paintings reflect the fragmented bodies of women and a number have cloths covering their faces—an image some believe derived from the fact that when his mother’s body was discovered, her skirt was covering her face. On a similar, perhaps cheerier note, I have read that those opulent, sensual sculptures by Henry Moore grew out of the fact that his mother had a bad back that she had often asked him to massage for her.

The painter, Joan Mitchell, was married to my cousin, Barney Rosset (famed publisher of the Grove Press and black sheep of my family) for a time. Joan was a lonely girl who used to pull back the yellow curtains in her family’s living room and stare at Lake Michigan. The lake brought her solace. Years later many of her finest canvases became studies in blue and yellow.

I also grew up on the shores of Lake Michigan and we also had yellow curtains. My mother also had a love of blue and yellow. To me it was always an interesting combination and a testament to my mother’s artistic nature. She had a degree in fashion from the Art Institute and she was a gifted seamstress and artist. She used to paint in our basement, and I recall one portrait. A woman who looked much like herself. Half of her face was black. And the other half blue.

We couldn’t see the lake from our house. Not really. If I went to my parents’ back bedroom window I could see a sliver of it. But we lived only three doors down from the lake, and I went there every day. I combed the bluffs, searching for arrowheads, broken glass, horse chestnuts, and other objects that my imagination found a place for in suburban Illinois. And always below me stretched that vast expanse of blue.

Once when I was a girl, I needed new clothes and my mother gave me 60 dollars, which was a lot of money in those days. She told me to go to Fell’s Clothing Store and buy some new outfits for myself. I can still remember riding on my bike, dashing to the store, trying on outfit after outfit. All for summer and spring. I bought three or four that I liked and went home. My mother immediately asked me to try them on, which I did. She didn’t like any of them. and she took them all back. One I liked a lot was a lemon yellow shirt with matching Bermuda shorts. As I stood in front of her, my mother shook her head. “Yellow is not your color,” she said. To this day I never wear yellow.

Yet I admired my mother’s eye. Once we were at the Museum of Modern Art at an exhibit of Picasso portraits. As we walked through the room, she began talking about what she saw, how she viewed these faces. She spoke so eloquently that some tourists began to follow us, thinking she was a docent or guide. Finally she stood in front of one portrait that was made up of a few swift, dark lines. A quick study of a woman’s face. “See,” my mother said, “I think this one is the best. Look,” she told me, pointing to the casual, flowing line, “he was free.”

Georges Simenon, the French novelist and author of the famed Magritte series, once said that a novelist is someone who hates his mother. I never forgot that line, and I read it over and over many times. It made me wonder at and question myself. Did I hate my mother? Did I love my mother? I’ve decided to rephrase this to say that a novelist is someone who has a complicated relationship with her mother. But obviously Simenon felt this way. It is said that the day his mother died, he ceased to write fiction.

And of course, there are instances in which mothers are perhaps overly loved. The magician, Harry Houdini, also know as Erik Weisz, a Hungarian-born Jew from Appleton, Wisconsin was one of seven children, and he idolized his mother. After she died, he in fact enlisted the services of Sir Arthur Conan Doyle’s wife who led séances to try and establish contact with his mother’s spirit. And when a stunt he performed beneath the ice in the Detroit River went awry, Houdini claimed he heard his mother’s voice, that it lured him back to the escape hole he had had carved in the ice.

Similarly, Roland Barthes was devastated by the loss of his mother with whom he’d lived his entire life. He kept a notes of his feelings after her death, and these were published posthumously as a book entitled Mourning Diary. Barthes gave a name to the syndrome of grief that he could not seem to snap out of. Abandonitis. In the last book Barthes published before he was absurdly killed by a laundry van while coming home from lunch, he refers to his mother as “my inner law.”

Once my dentist told me that for years scientists believed that we inherited the diseases and problems of our teeth and gums from our mother, the way we do color blindness and baldness. There seemed to be a direct line between mother and child in this regard. But the newest theory has to do with the first kiss. A baby’s mouth is pristine, devoid of bacteria, until it is kissed. And in most cases, it is the mother who does the kissing.

Somehow to me this makes sense. A first kiss. A first memory. My inner law. Ballast, grounding, subject matter. A mother’s love can provide all of this for an artist. It can also provide the ambiguities and uncertainties of love that make us who and what we are. So on this particular Mother’s Day, and on this birthday, I will be thinking about my mother. For better or for worse it is our mothers who kiss us first and for writers, at any rate, it is from our mouths that words are given voice.

Mary Morris is the author of numerous works of fiction, including the novels Gateway to the Moon, The Jazz Palace, A Mother's Love, and House Arrest, and of nonfiction, including the travel classic Nothing to Declare: Memoirs of a Woman Traveling Alone. Morris is a recipient of the Rome Prize in literature and the 2016 Anisfield-Wolf Book Award for Fiction. She lives in Brooklyn, New York.
http://www.marymorris.net/ 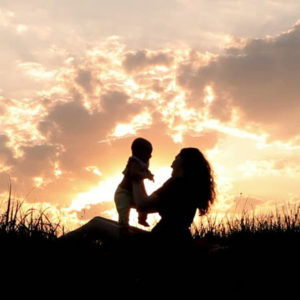 Is how we mother defined by how we were mothered? I read an article in Scientific American that said the cells of a baby...
© LitHub
Back to top