Back to School for Everyone: Speculative Women with Lina Maria Ferreira Cabeza-Vanegas

“I began writing about power because I had so little.”
–Octavia Butler

“Others appear to exist.”
–Sarah Viren
*

One of my annotated copies calls Frankenstein a cautionary tale; another states that “All storytelling is autobiography,” and that “The true north of life is death.” But I don’t mention this on the first day of class. Instead, I start by the myth of a villa by Lake Geneva, of a sun-less summer, a mad poet and a famously un-famous doctor. Vampyres, eternal seductions, and monsters.

Then I can circle back, I can say that Mary’s mother died 11 days after giving birth to her, and that Mary began writing Frankenstein at the age of 18, after the death of her own child. I tell them about her diary, reading out words on slide as if they were my own. “Nurse the baby,” it says, “read.” Again, “Nurse the baby,” and, “read.” Again and again, until the death of a child she did not name. Until, finally, a different entry, “Find my baby dead.”

There is a reason to start here. Before the start.

And it is not the rather stupid arguments about which gender initiated the genre, or which has dominated it since, or to whom it belongs more earnestly.

Because speculative writing, now and forever, belongs to dreamers, there is no argument. Because some have a greater need to dream than others, and so that’s what they do. Because imagination is required to recognize the other as another just like us. Because when we think, that we exist is not the only thing that should be obvious, but that in thinking that others also think we allowed them to exist. As people, as living, dreaming, thinking beings. And because this recognition was for so much of history speculative for women, and somehow it remains so for so many other others dreaming still—like Shelley’s Monster, like Butler’s creatures, like LeGuin’s aliens—of the recognition of their humanity.

The primary purpose of this class is to explore the relationship between women writers and the speculative genre. We will read widely, investigate the origins of the western speculative tradition, consider its influence on the contemporary literary world, and contemplate the immense creative potential of this lesser studied subgenre.

The secondary purpose of this class is to dabble in speculation, appreciation, and irritation. Few works in western literature have been adapted so widely, successfully, and across so many different types of media as Mary Shelley’s 1818 masterpiece. It was, however, calculatedly published initially as an anonymous novel, in order to attract a male (i.e. “literary”) readership. Even after the 1822 reprint which named Mary Shelley as the work’s author, it was still widely believed that this had been a generous gesture by her husband, Percy. Hardly a vindication on the rights of any woman, let alone Mary Wollstonecraft’s daughter.

Here we will ask not only, “Why are readers drawn to the speculative genre?” but also “Why have so many women found refuge in it?”

From Margaret Cavendish to Carmen Maria Machado, from Mary Shelley to Octavia Butler, this course will be a brief introduction to the many genre permutations of the speculative tradition, and the extraordinary women who have dug the trenches and manned the towers for so long.

Lina Maria Ferreira Cabeza-Vanegas was born and raised (mostly) in Bogota, Colombia and has since then been tumbleweeding aimlessly through the world. She is the author of Drown Sever Sing and Don't Come Back, and her ode to cannibalism can be found in the collection titled, After Montaigne: Contemporary Essayists Cover the Essays. She is a graduate of The University of Iowa's Creative Nonfiction and Literary Translation programs, and her work has been featured in Arts and Letters, The Chicago Review, and Fourth Genre, among others. Ferreira is a recipient of the 2016 Rona Jaffe Foundation Writer's Award. 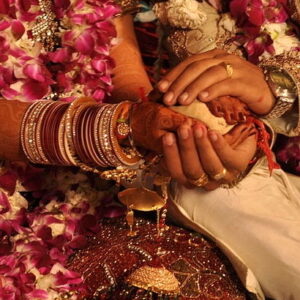 How "Love Commandos" Help Young Lovers Cross Caste Lines Cast of Characters Neetu Rani, the daughter of a landlord from the village of Kakheri in the northern Indian state of Haryana....
© LitHub
Back to top
Loading Comments...