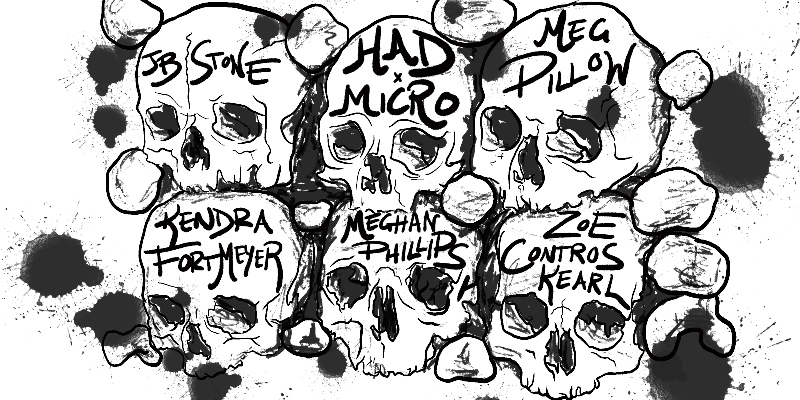 A Halloween Special from Micro Podcast and Hobart After Dark

Plastic fangs, German emperors, ghost stories and, of course, serial killers. You guessed it—our Back From the Dead special is here. We joined forces with the assortment of sentient skulls that is the lit journal Hobart After Dark—also known as HAD.

For this episode, we decided to reanimate a few spooky pieces originally published in journals that have since gone on to the other side. And though these pieces have been reinterred in the HAD boneyard, we pay our respects to the literary ghosts that haunt us.

In the spirit of Halloween, this first piece lives in the space between horror and desire. Originally published in The Mondegreen, it’s called “The Creature from the Black Lagoon and Other Things I Wish My Boyfriend Would Call Me During Sex.” It was written by Meghan Phillips and resurrected by HAD on October 25, 2021.

Our second piece invokes the past and all its lingering consequences, peeling back layers of time, blood, and old news articles. Originally published in Public Pool, it’s called “Bloodline.” It was written by Zoe Contros Kearl and revived for HAD on October 26, 2021.

Our third piece appeals to Plato, rotoscopy, and hangovers. Originally published in Mojave Heart Review, it’s called “To the Poet Who Summoned Cab Calloway’s Ghost & Held His Hand While Revisiting St. James Infirmary.” It was written by JB Stone and, like Cab Calloway in Max Fleischer’s “Snow White,” raised from the grave for HAD on October 27, 2021.

Our fourth piece plays with horror movie character tropes in the way that the murderer plays with their victims. Originally published in Corium Magazine, it’s called “Disappointment.” It was written by Kendra Fortmeyer and resuscitated for HAD on October 28, 2021.

Our fifth and final piece is a contrapuntal flash, serving horror left-to-right and top-to-bottom, straight out of the movie Halloween. We highly recommend reading along with this one. Originally published in The Ginger Collect, it’s called “Laurie in the Closet/Michael With the Knife.” It was written by Megan Pillow and reawakened for HAD on October 29, 2021.

Meghan Phillips is the author of chapbook Abstinence Only and has stories in Best Microfiction 2019, 2020, and 2021.

Zoe Contros Kearl is a writer and editor based in rural Vermont.

Megan Pillow is co-editor of The Audacity, and her work has appeared or is forthcoming in, among other places, in Electric Literature, SmokeLong Quarterly, The Believer, TriQuarterly, and Guernica. 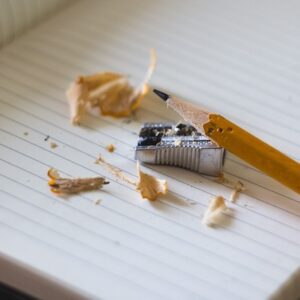 The following first appeared in Lit Hub’s Craft of Writing newsletter—sign up here. Recently, I pointed out to several...
© LitHub
Back to top