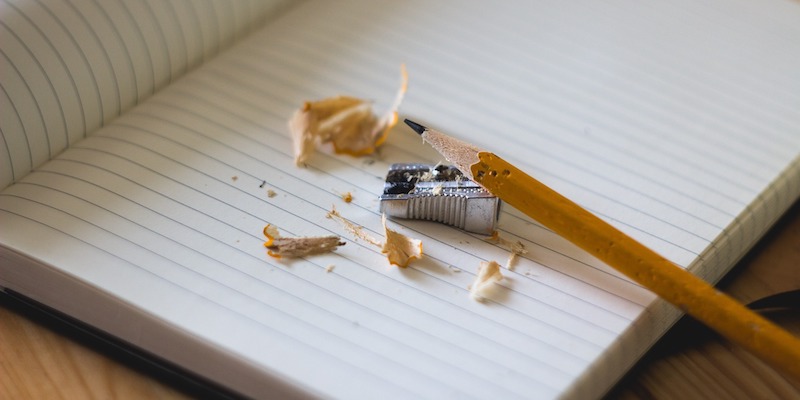 Recently, I pointed out to several of my students that their writing tends to remain safely within the confines of its original subject matter. It ruminates and circles around its chosen and stated objects in expected ways. One student had structured her entire manuscript around one theme, and the poems within the manuscript seemed written toward that theme. Other students had written poems about a bird or a stone, and the poems meditated in predictable ways on those objects all the way to the ending of the poems. I asked these students to dig a little deeper and query the work, asking the work what it was really about. I wanted them to allow their writing to gravitate toward the shadow subject, or the heart of something unanswerable.

Like many writers, I easily go down deep rabbit holes. Recently, during one of these excursions, I ended up watching the American abstract expressionist painter Barnett Newman on YouTube as he described how he figures out what to paint. He talked about how people think that Cézanne’s apples in his paintings “The Basket of Apples” and “Apples and Oranges” are both the objects and the subjects of the paintings. Newman argued that there’s a distinction between the subject of the work and the object of the work; Cézanne’s fruit isn’t about fruit but about perception, and even though Newman’s own abstract paintings do not center on any apparent objects, they still approach certain subjects in specific ways.

Richard Hugo in his famous essay “The Triggering Town” described the difference between a poem’s triggering subjects and where it eventually arrives, writing, “Your triggering subjects are those that ignite your need for words. … Your words used your way will generate your meanings. Your obsessions lead you to your vocabulary. Your way of writing locates, even creates, your inner life. The relation of you to your language gains power. The relation of you to the triggering subject weakens.” Similarly, Cézanne’s apples transform from apples to representations of joy through a kind of destabilization of conventional construction, brushstroke, and perspective.

When I was working on my book of essays and art, Dear Memory: Letters on Writing, Silence, and Grief, I didn’t know what the book’s subject was until near the end of the process of making it. The book began with a letter to my late mother and ended as an exploration of how the unknown elements of one’s family history are, perhaps paradoxically, the material of one’s own identity-making. Perhaps silence can ultimately be a building block in a child’s development into adulthood.

I had originally started writing one letter to my late mother after forcing myself to clean out a storage facility and finding all sorts of papers, memorabilia, photos, birth certificates, marriage certificates, and more. I started writing in search of answers, but all that came out of my initial letter (and subsequent letters to my mother, other people, and objects) were more questions. The object(s) of the book then, are letters and various family documents. But the subject of the book is much broader and more amorphous, navigating inheritance, history, memory, and self-knowing.

“Keep going” is what I often say to my students and others, and what I often mean by that is to keep the pencil moving so that what you are writing moves farther and farther away from the apples until the apples are a ghost, an aura, a cloud-like tone that you have forgotten. The apples can certainly stay in the writing, but their significance may diminish, for once the apples have served their purpose as the triggering object, only then might the real subject(s) appear.

Amy Wright on the art of asking questions.

Rebecca Makkai on being trusted with people’s personal stories.

Meghan O’Rourke on writing about illness. 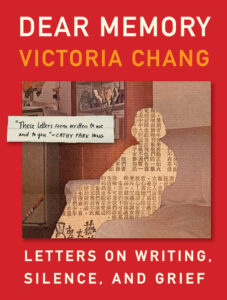 Dear Memory by Victoria Chang is available via Milkweed Editions.

Victoria Chang’s latest book of poetry is The Trees Witness Everything (Copper Canyon Press). Her nonfiction book, Dear Memory (Milkweed Editions), was published in 2021. OBIT (Copper Canyon Press, 2020), her prior book of poems, was named a New York Times Notable Book, a Time Must-Read Book, and received the Los Angeles Times Book Prize, the Anisfield-Wolf Book Award in Poetry, and the PEN/Voelcker Award. It was also longlisted for a National Book Award and named a finalist for the National Book Critics Circle Award and the Griffin International Poetry Prize. She has received a Guggenheim Fellowship, and lives in Los Angeles and is a faculty member within Antioch’s low-residency MFA Program and Acting Program Chair. 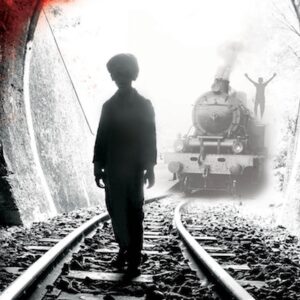